There are many challenges that come along with turning a best-selling book series into a mega movie franchise. Although we would happily watch a 12-hour Harry Potter film, certain sacrifices had to be made when adapting the books for the big screen. Thankfully, Entertainment Weekly has exclusively revealed concept art for some of the characters, magical items, and fantastic beasts that never made it to the screen – and yes, one of them is Peeves the Poltergeist!

Famously absent from the movie Harry Potter and the Sorcerer’s Stone, Peeves the Poltergeist is very much a fan favorite. Originally played by British actor Rik Mayall, Peeves was cut from the first film, a decision director Chris Columbus calls“one of [his] biggest regrets about the first movie.” Although we’re still holding out hope for some sort of Peeves footage to surface, this stunning concept art shows just what the crew had in mind for Hogwarts’ resident mischief-maker. 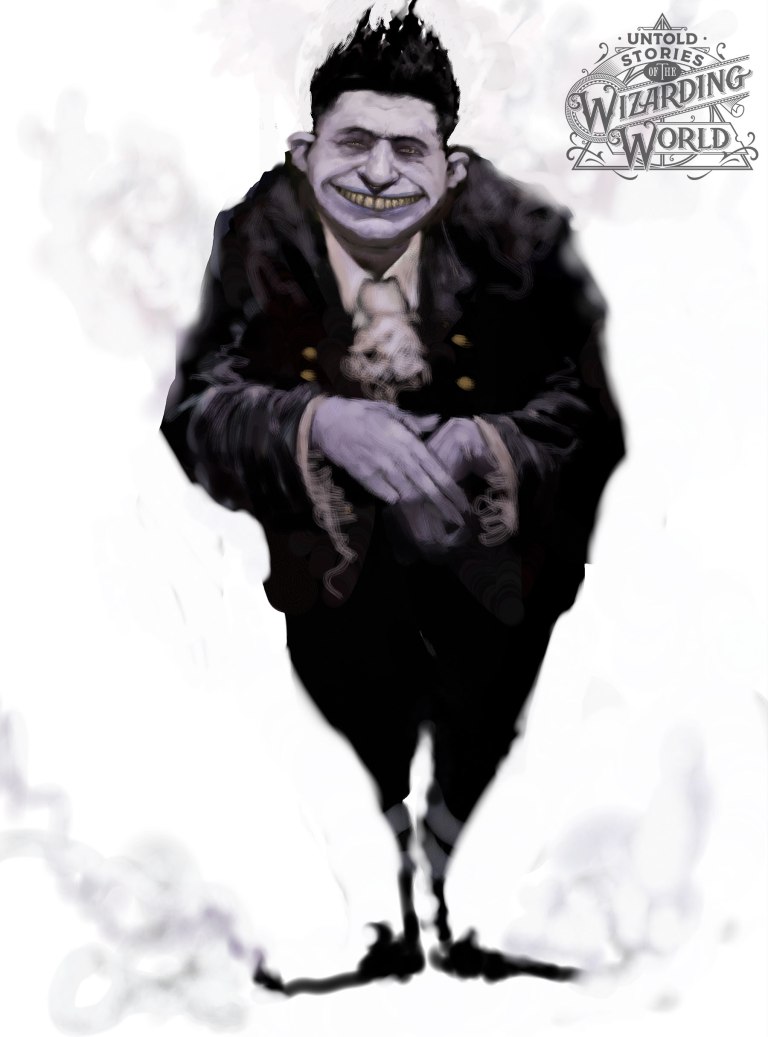 Peeves is often cited as being one of the characters that fans of the “Harry Potter” series would have liked to see included in the films.

Another character who was cut from the film series was young Hagrid. The character only makes an appearance in the book version of Harry Potter and the Chamber of Secrets, and in the film version, the character plays the scene firmly in the shadows. Although it would have been great to see teenage Hagrid on-screen, Chris Columbus told Entertainment Weekly that the technology of the time just wasn’t up to the job:

At that particular time, face replacement wasn’t as solid as it is today, so we couldn’t really put a young Robbie Coltrane’s face on anyone. 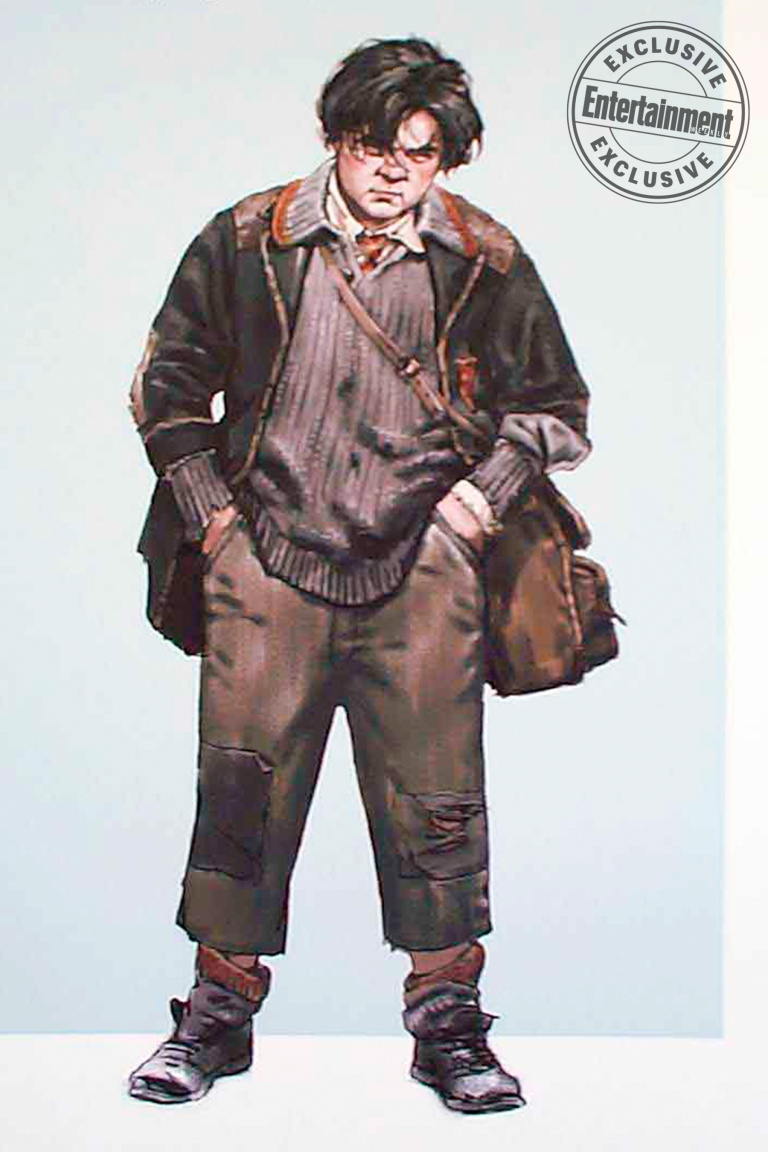 The young Hagrid featured in the shadows in “Harry Potter and the Chamber of Secrets” was actually played by Robbie Coltrane’s body double, Martin Bayfield.

Arguably one of the most disappointing things about Harry Potter and the Goblet of Fire (no, not that Dumbledore line) was the lack of dragons. Although the Hungarian Horntail made it to the screen, the dragons fought by the other three Triwizard champions were only seen in small scale. The newly revealed concept art shows the incredible detail that the art department put into the creation of the Swedish Short-Snout, the Welsh Green, and the Chinese Fireball. 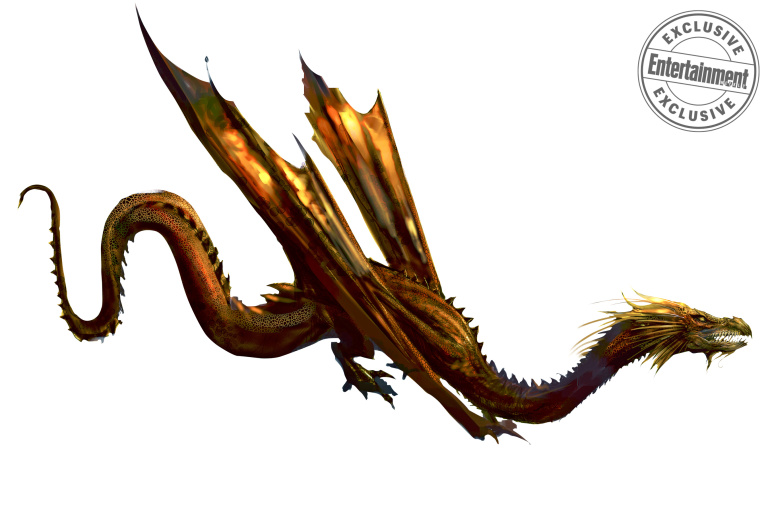 Victor Krum fought the Chinese Fireball in “Harry Potter and the Goblet of Fire”.

To make their interpretation of dragons as believable as possible, the art department on the film consulted a professor of anatomy. 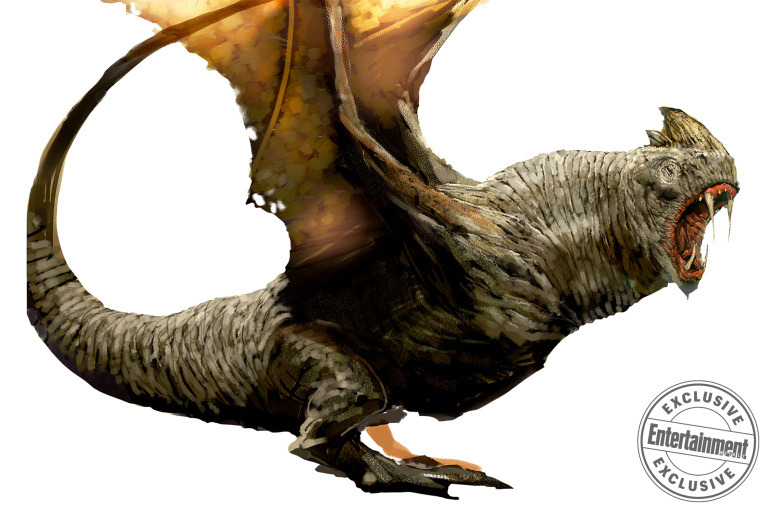 Production designer for the film Stuart Craig praises his talented team of artists for bringing the dragons to life.

It’s not just characters and magical creatures that never completed the journey from page to screen. The final piece of concept art shows a Sneakoscope, a clever magical instrument that shows when someone or something untrustworthy is around. According to Entertainment Weekly, the prop did make it to the set of Harry Potter and the Prisoner of Azkaban. The scene featured Harry receiving the Sneakoscope in the Great Hall while being told all about the wizarding village of Hogsmeade, but this scene was ultimately cut from the final version of the film. 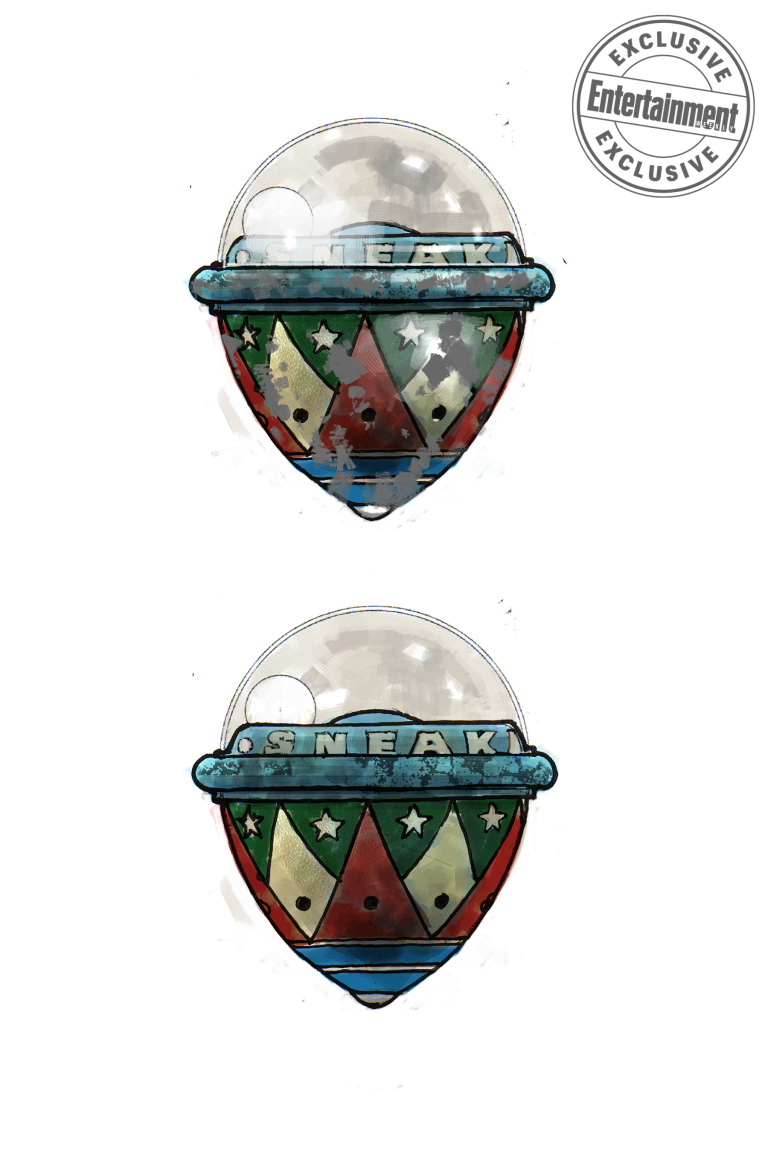 Sadly missing from the film series, Harry’s Sneakoscope is featured in the books from “Harry Potter and the Prisoner of Azkaban” onward.

While we’ll always be a little bit sad that these things didn’t make it into the Potter movies, we’re absolutely in love with the concept art. Which is your favorite piece of newly revealed concept art? And which character, item, or beast do you wish made it into the movies?