We’ve all been spending a little more time with our LEGO sets these days, including Daniel Radcliffe. Thankfully, the LEGO Group has just announced new Harry Potter sets that you can add to your collection starting June 1.

Each year we get the chance to re[-]create some of the most action-packed and exciting settings from the films. We hope these new products inspire young builders around the world to believe anything is possible as they act out their own adventures in the [w]izarding [w]orld.

Several of the new sets depict scenes at Hogwarts, including 75966 Hogwarts Room of Requirement, 75969 Hogwarts Astronomy Tower, and 75967 Forbidden Forest: Umbridge’s Encounter. The Astronomy Tower has 971 pieces and looks like a gorgeous mini-Hogwarts. The Room of Requirement has a hidden secret entrance, and Umbridge’s Encounter features a giant Grawp.

75980 Attack on the Burrow is a Target exclusive. The set gives you a look at the Weasleys’ beautiful home before it’s burned down by Death Eaters.

75968 4 Privet Drive depicts Harry’s escape from the Dursleys before his second year.

75979 Hedwig is a Barnes & Noble exclusive. This set allows you to build a large Hedwig and watch her fly. It also comes with Harry and Hedwig minifigures.

Check out the new sets below! Which will you be buying first? You can preorder the sets starting April 30 on LEGO.com and from select retailers. 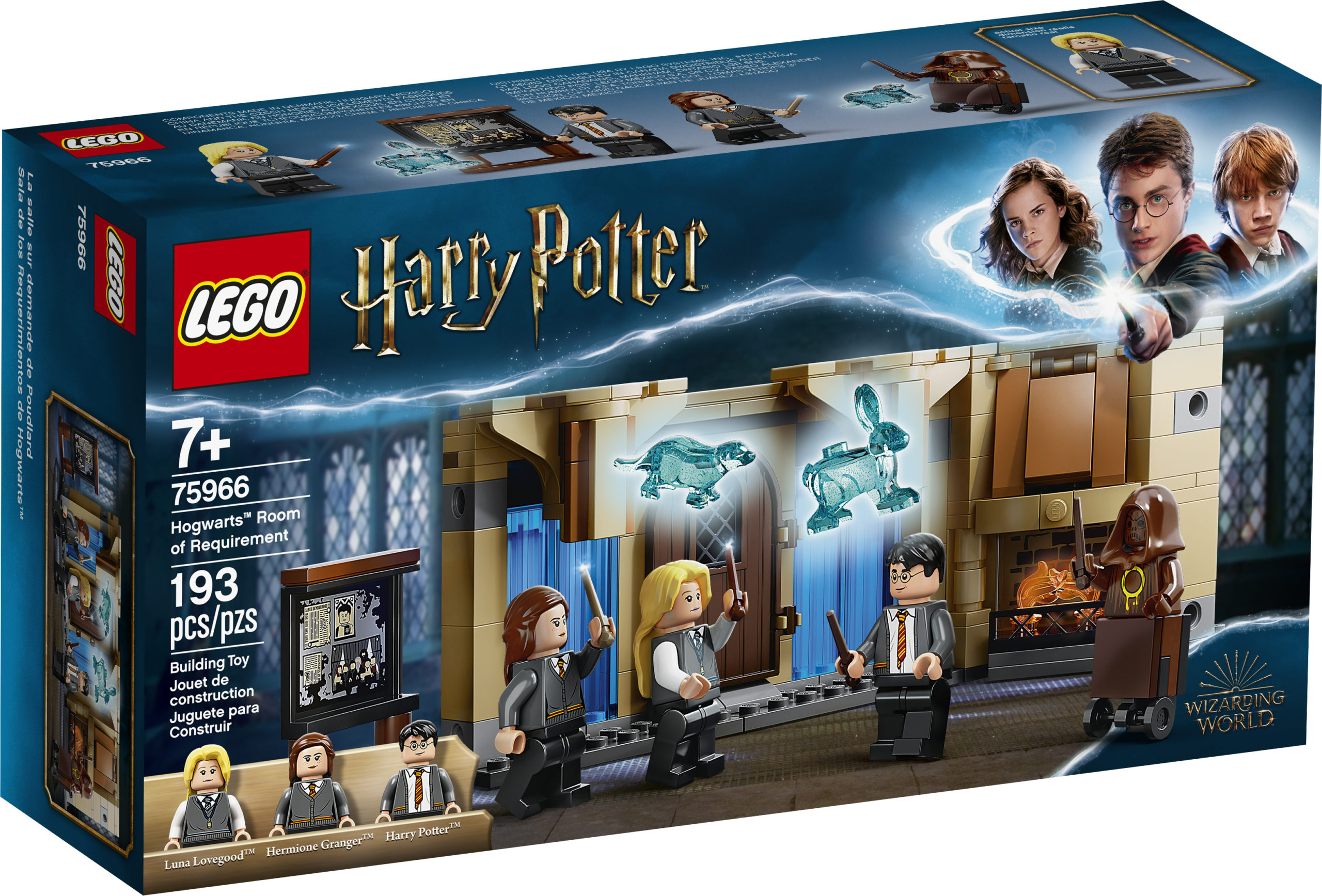 The Room of Requirement set features a secret entrance and Patronuses. 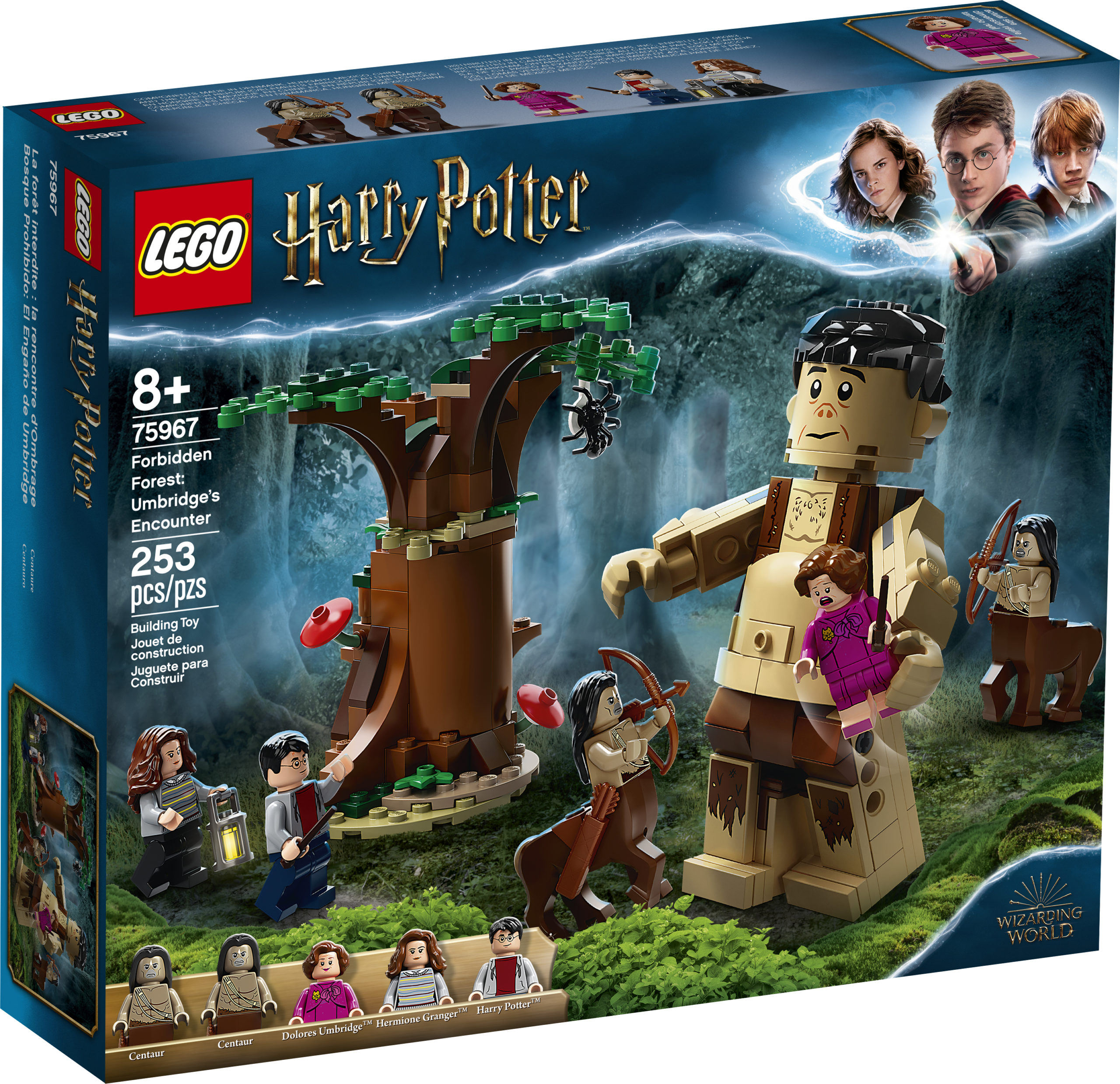 Forbidden Forest: Umbridge’s Encounter features the professor’s encounter with the centaurs in the forest. 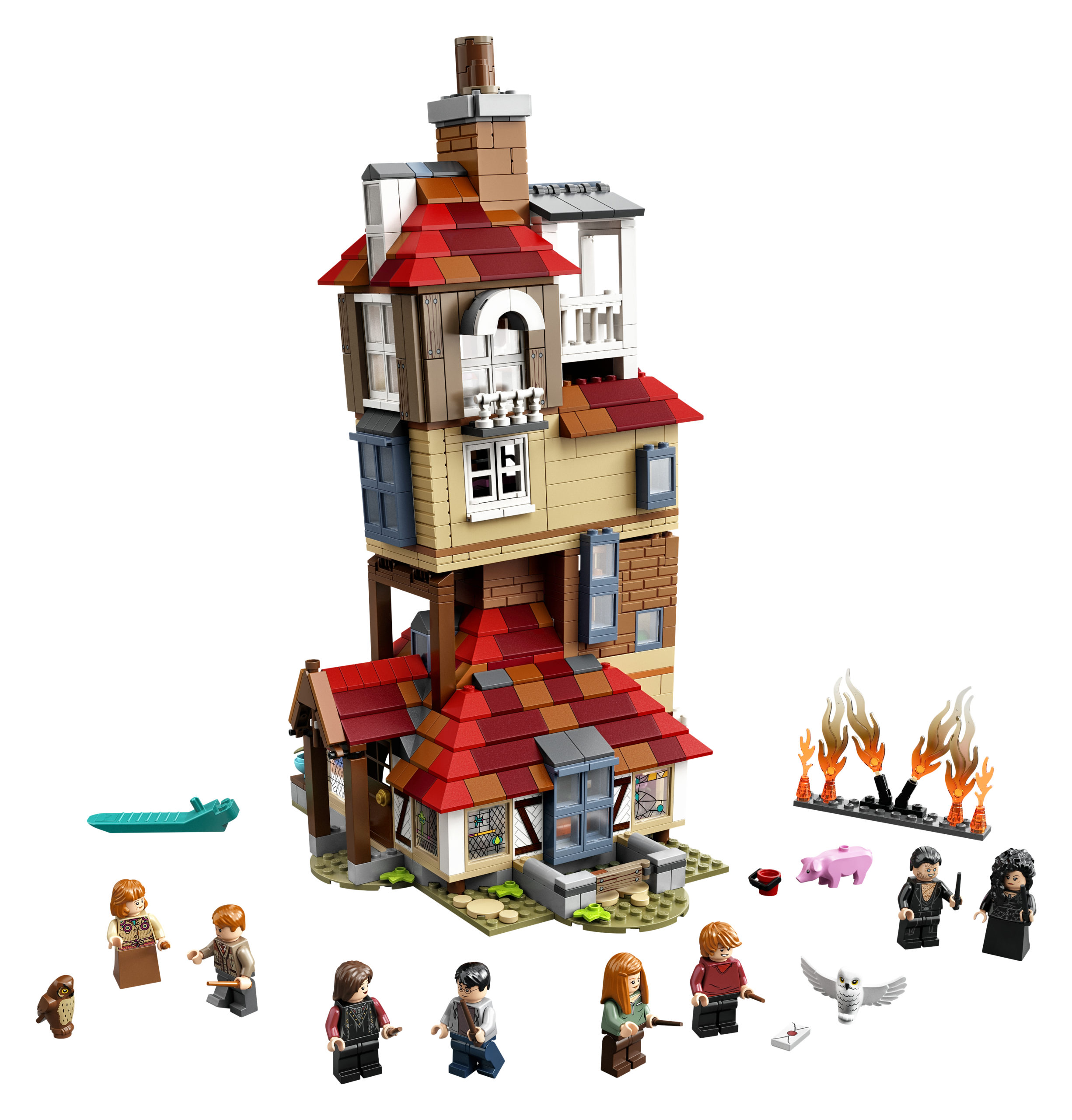 The 1,047-piece set includes Order of the Phoenix members and Death Eaters as the Burrow is attacked. 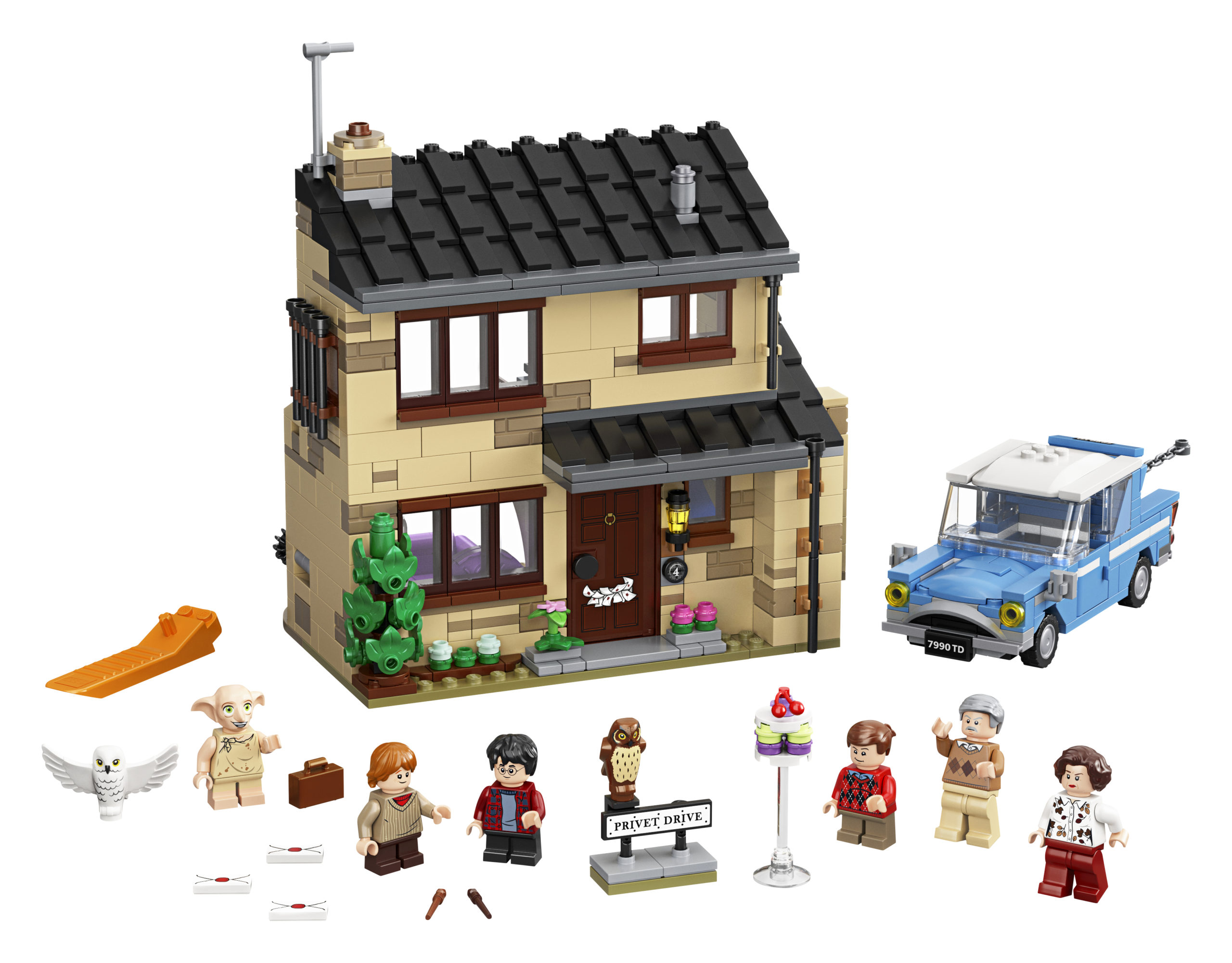 4 Privet Drive includes the Dursleys’ house and the Flying Ford Anglia. You can even make Dobby drop a cake on one of the minifigures! 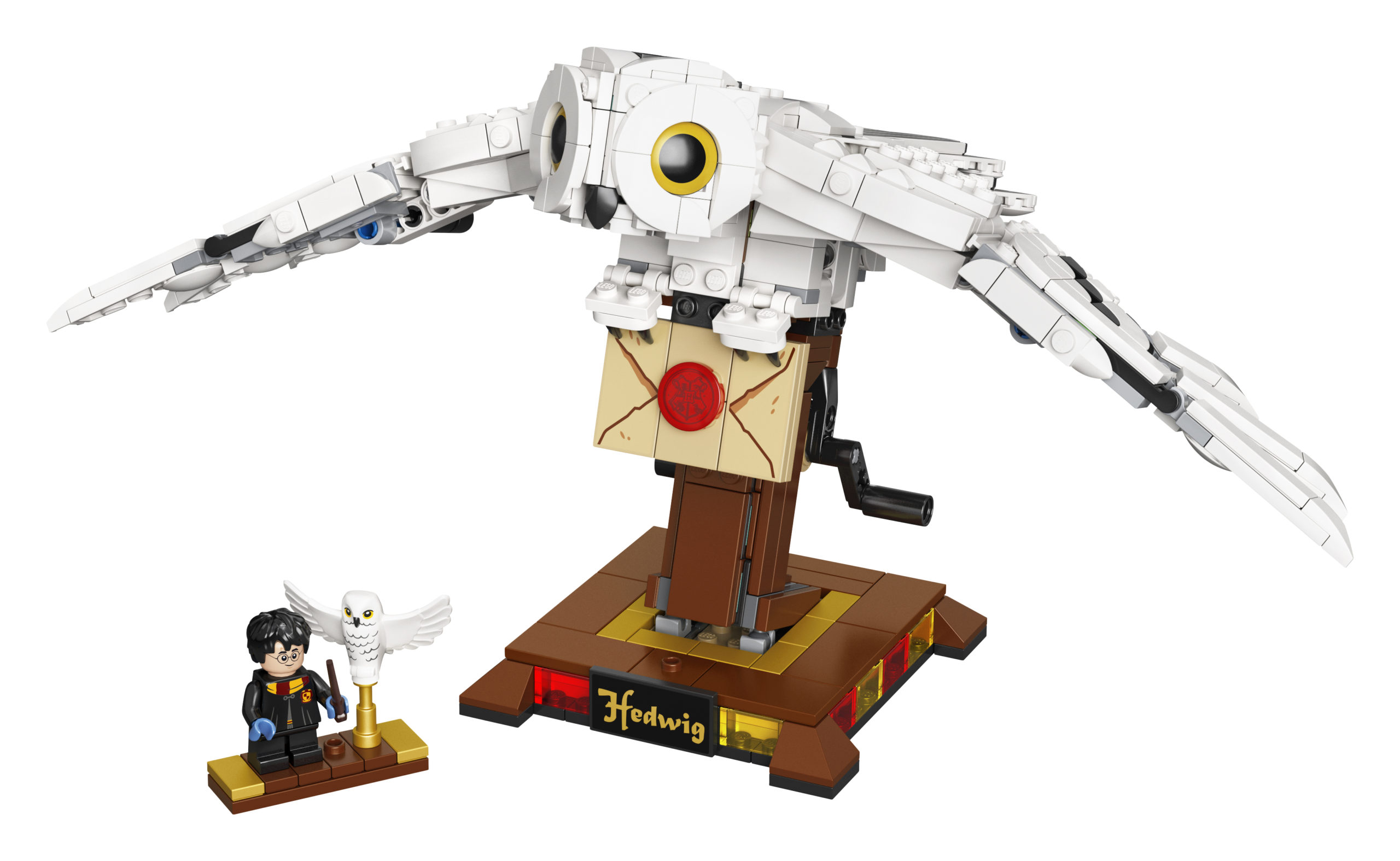 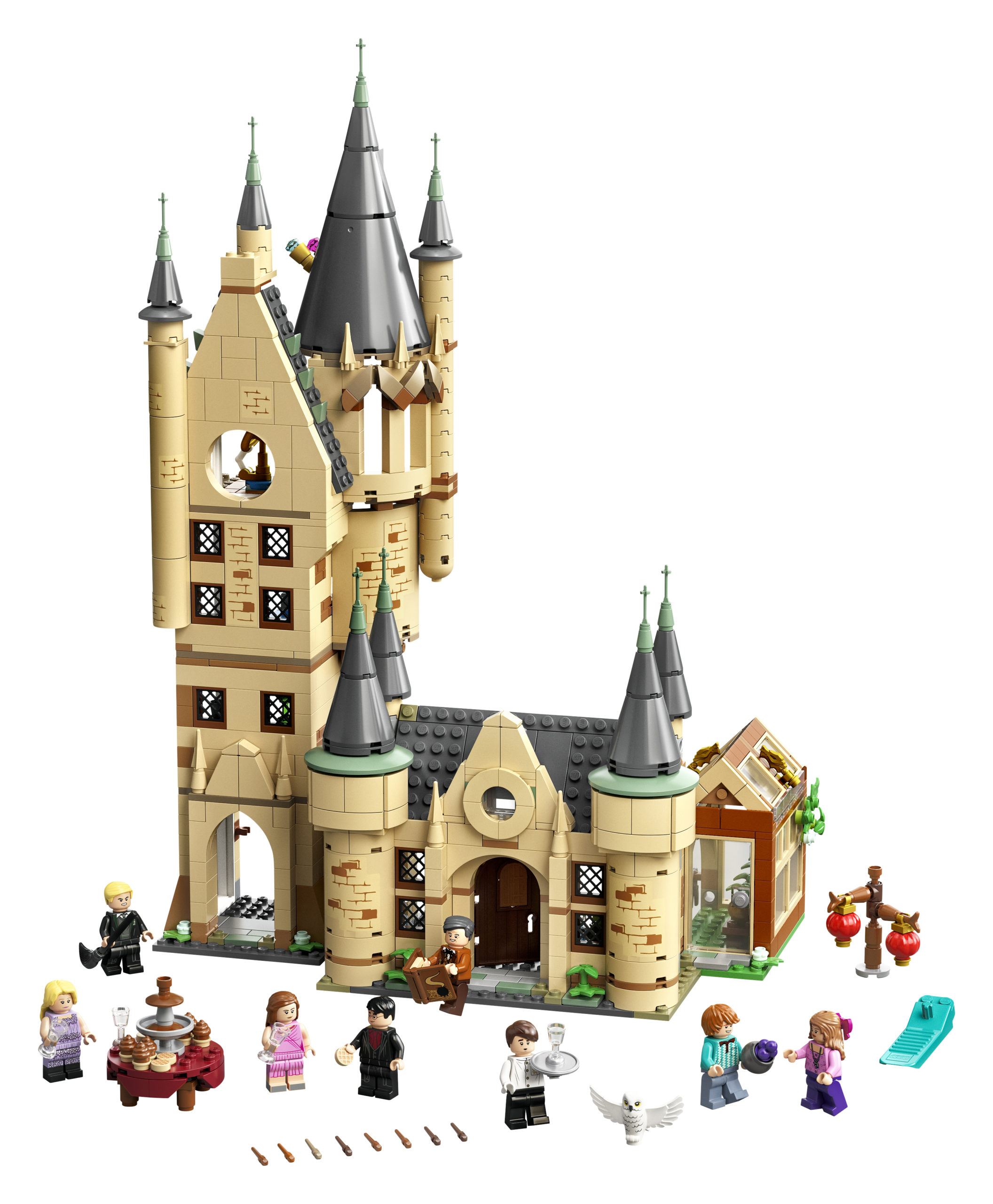 Today, the LEGO Group and Warner Bros. Consumer Products have revealed a new range of enchanting playsets for fans of the Wizarding World. Packed to the brim with delight and mystery, these captivating playsets will help bring the [w]izarding [w]orld to life in a way that only LEGO play can do.

Featuring well-known characters, creatures and locations familiar to every would-be Hogwarts student in waiting, the new LEGO sets help young builders create adventures of their own. The sets provide opportunities for endless fun as fans help Harry, Ron, Hermione and their faithful friends reenact beloved moments from the films.

These new LEGO sets will enable fans of the Wizarding World to explore Hogwarts in a new and exciting way. They can discover the entrance to [t]he Room of Requirement, lure Professor Umbridge to the Forbidden Forest, gatecrash the Ravenclaw dormitory and explore the Hogwarts Astronomy Tower.

And the adventures extend beyond the walls of the Hogwarts theme...through their play, fans will be able to release Harry Potter from the cupboard under the stairs at 4 Privet Drive, send Hedwig off to deliver an important message or explore the enchanted nooks and crannies of [t]he Burrow.

Spanning adventures from across the eight Harry Potter films, the new sets will go on sale from 1st June and will be available to pre-order [sic] from 30th April from LEGO.com and selected retailers globally.

Marcos Bessa, LEGO® Harry Potter™ Design Lead commented: “Each year we get the chance to re[-]create some of the most action-packed and exciting settings from the films. We hope these new products inspire young builders around the world to believe anything is possible as they act out their own adventures in the [w]izarding [w]orld.”