“The Batman” Trailer Is Here and Things Are Getting Dark

The Batman trailer has officially dropped, and vengeance has arrived. Robert Pattinson, whom we have come to know and love as Cedric Diggory in Harry Potter and the Goblet of Fire, is showcasing his acting talents as one of DC Comics’ most famous characters.

The Batman teaser trailer debuted on Saturday at Warner Bros.’ DC FanDome virtual event. This film features Zoë Kravitz, whom we met as Leta Lestrange in Fantastic Beasts: The Crimes of Grindelwald, as Selina Kyle/Catwoman. Colin Farrell, who played the MACUSA Auror Percival Graves in Fantastic Beasts and Where to Find Them, will also be making an appearance as the villain, Oswald Cobblepot/Penguin.

Some of the Harry Potter actors are almost unrecognizable in their new roles. Director Matt Reeves warned that fans shouldn’t expect to see fully formed heroes and villains for this film like we’re used to seeing. The characters that will be shown in this film are early in their respective careers. The Batman will not be adored by the citizens of Gotham just yet; he’ll be feared by most of them.

Check out the trailer for The Batman. Can you spot all three Wizarding World stars?

This film looks intense! We could recognize Pattinson’s jawline anywhere, even with half of his face covered. Could you spot Colin Farrell? A lot of people missed his character the first watch through. He looks unlike anything we’ve ever seen him in before. 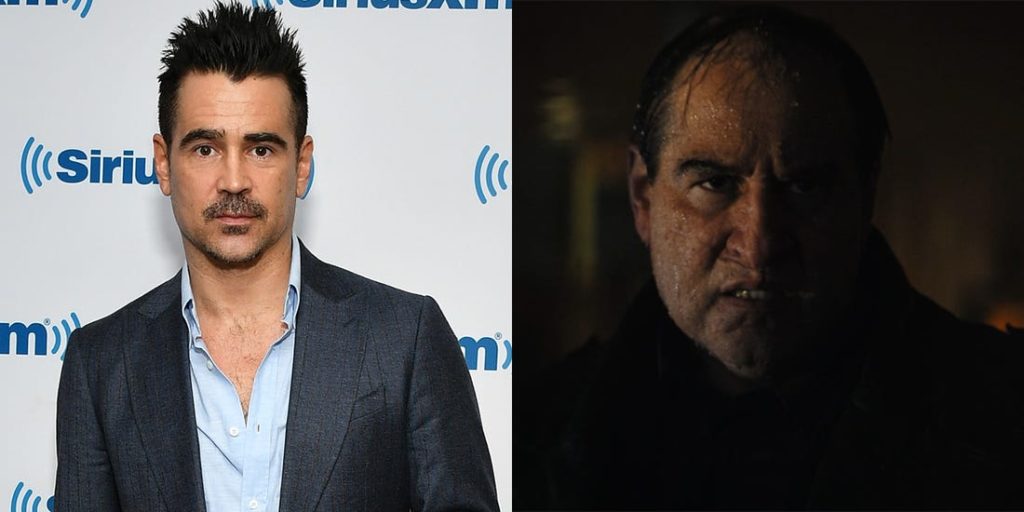 Colin Farrell as Penguin in “The Batman” trailer

The film is set to resume filming this fall and will be out in theaters in late 2021. Will you be making a trip to watch this film? Let us know!