Looking around today, it’s clear that activism is not just alive and well but powerful and gaining steam. It should come as no surprise that those raised on stories like Harry Potter would protest and practice civil disobedience. One can find many parallels to current movements within Harry Potter and the Order of the Phoenix. As a follow-up to my previous article on the subject, here are more of my thoughts on how this book is a particularly relevant and inspiring tale for activists in 2020.

In Order of the Phoenix, Harry scanned the Daily Prophet in vain for Voldemort’s return to make headline news. It was clear that the Ministry of Magic was blocking them from reporting the truth. Hermione found an alternative way to inform the public by setting up Harry’s interview with Rita Skeeter. Though the Quibbler was not as respected as the Prophet, some in the magical community began to accept the truth, lending credence to the movement against Voldemort’s rise to power.

In his famous essay “Civil Disobedience,” transcendentalist Henry David Thoreau said, “They do not know how much truth is stronger than errors, nor how much more eloquently and effectively he can combat injustice who has experienced a little in his own person.” Like Hermione, people today are realizing the power of their voices in spite of disinformation campaigns. The experiences of the marginalized have been silenced throughout history, but activists have been increasingly uplifting these voices. Stories of racism, transphobia, sexism, and other forms of discrimination are being spread across social media, helping others to understand what victims have gone through. This raising of awareness sparks hope for real change, much like the power of Harry’s interview. 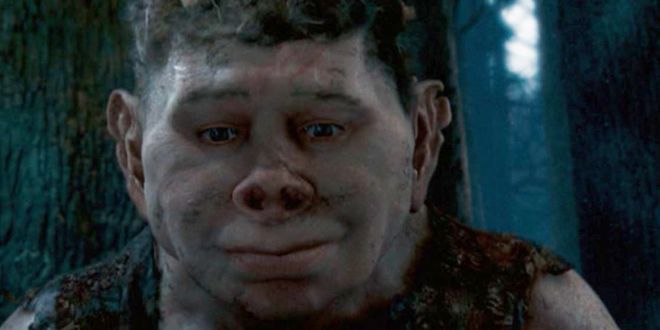 No matter your personal experiences, we all felt for Hermione when she was called a Mudblood. The issue of blood status in Harry Potter is frequently compared with racism. The idea of the supremacy of one group is not only limited to Voldemort and his followers; it’s also featured in the new Fantastic Beasts films. This shows that, much like the real world, history repeats itself within the wizarding world. The Ministry’s denial of the truth plays directly into Voldemort’s hands as he builds his power. Even though History of Magic is a required subject at Hogwarts, readers do not know how Grindelwald and blood supremacy are taught to students, if at all. We see how difficult it is for the truth to be accepted even with the Quibbler.

Order of the Phoenix also sheds light on other victims of discrimination, notably those featured in the misguided Fountain of Magical Brethren. Firenze the centaur demonstrates the poor treatment of those who dare to step outside the status quo. He is ostracized and even physically attacked by his people for agreeing to work with humans, just as many today are risking relationships with friends and family by speaking up and joining a movement. Firenze’s students then make assumptions about centaurs being bred by Hagrid, which is clearly offensive. Umbridge goes further in calling the centaurs “filthy half-breeds” (OotP 755). In both scenarios, Firenze and Hermione demonstrate the best response to microaggressions and blatant racist slurs alike: Don’t stay silent. Speak up.

Grawp also portrays the negative effects of such prejudiced assumptions. Harry, Ron, and Hermione presume him to be dangerous, unintelligent, and incapable of civility wholly based on his race, but he surprises them by remembering “Hermy” and expressing himself through broken English. Clearly, there was more to Grawp’s intelligence and capacity for connecting with others than the trio realized, highlighting the xenophobic tendencies of wizardkind, even among our beloved heroes. Dumbledore, Hagrid, Firenze, and Grawp are to be applauded for their efforts to bridge these gaps and make Hogwarts a more inclusive, accepting place.

Speaking of Hagrid and Dumbledore, they demonstrate one of the strongest points of civil disobedience by refusing to “come quietly” (OotP 620). The Ministry fails in its attempts to arrest Dumbledore when the DA is discovered, and Hagrid flees when they attempt to remove him from the school in the dead of night. Both Dumbledore and Hagrid break the law by resisting arrest, but the reader is led to see these acts as heroic escapes from tyrants rather than heinous crimes. The Order of the Phoenix operates above the law in efforts to fight injustices.

It stands to reason, then, that those who read this book would be open to questioning cruel authority, criticizing unjust laws, and paying little respect to those who uphold despotism. In 2020, people are marching to support the dismantling of oppressive systems, including those standing up for women’s reproductive rights, for immigrants’ freedoms, and for ending police brutality, to name a few relevant movements. Certain laws and practices exist that perpetuate injustices. Those who looked up to the characters who took a stand in Harry Potter stand today against such systems, practicing civil disobedience in comparison to their heroes.

While growing up with Harry Potter, we frequently escaped into a wonderful world in which goodness prevailed. However, the books also tackled serious topics like prejudice, abuse, and tyranny. Some readers were introduced to these issues through Harry’s journey, while others found their own struggles reflected in the pages. This series has a profound impact on society, empowering a generation to stand up and speak out. While many look around in 2020 and see darkness, there is also plenty of light. It’s inspiring to see so many people banding together and doing what they can to lay the groundwork for a brighter tomorrow. Like Harry said in the film, “If they can do it, why not us?”