One of my favorite moments in the movie version of Harry Potter and the Sorcerer’s Stone is the Halloween feast. Who can forget Professor Quirrell’s dramatic entrance and the ensuing panic once he announces that there’s a troll in the dungeon? But before all that happens, we get what I would argue is one of the best shots in the movie – the sweeping vision of the treat-laden Gryffindor table. Huge, icing-covered slabs of carrot cake, cauldrons full of hard candy on a stick, and barrels of apples (which also seem to also be on far too many kids’ plates to be entirely realistic.) But amidst all this cavity-inducing deliciousness is one dish in particular that has always caught my eye – the sprinkle-coated wizard hats standing point-up on a tray full of jelly beans. So I set out to try to recreate them myself.

I did some sleuthing around the internet to see if anyone else had tried to make them, and while there were a few recipes out there, none of them were exactly what I had in mind. Since this dish is not mentioned in the book as part of the description of the feast, I pretty much had free rein in terms of recreating them, as long as they turned out covered in sprinkles and in the general shape of a wizard’s hat. Fortunately, I was going through a big pudding phase at the time, so I thought – what could be more delicious than filling ice cream cones with pudding? One glorious afternoon of experimenting later, and I was satisfied.

The recipe turned out wonderful and they were super fun to make. Personally, I think Harry would have gone ga-ga over them if he’d seen them at the real Halloween feast. If you decide to try them out for your own personal enjoyment, I would recommend not making them more than one day ahead of the time you plan to consume them. While they remained delicious for a while afterwards, the ice cream cones started to get a bit on the soggy side after more than a day of having pudding inside them. The chances of these hanging around in your kitchen for long are slim though, because not only are they the Harry Potter-lover’s dream, but they are dang delicious! 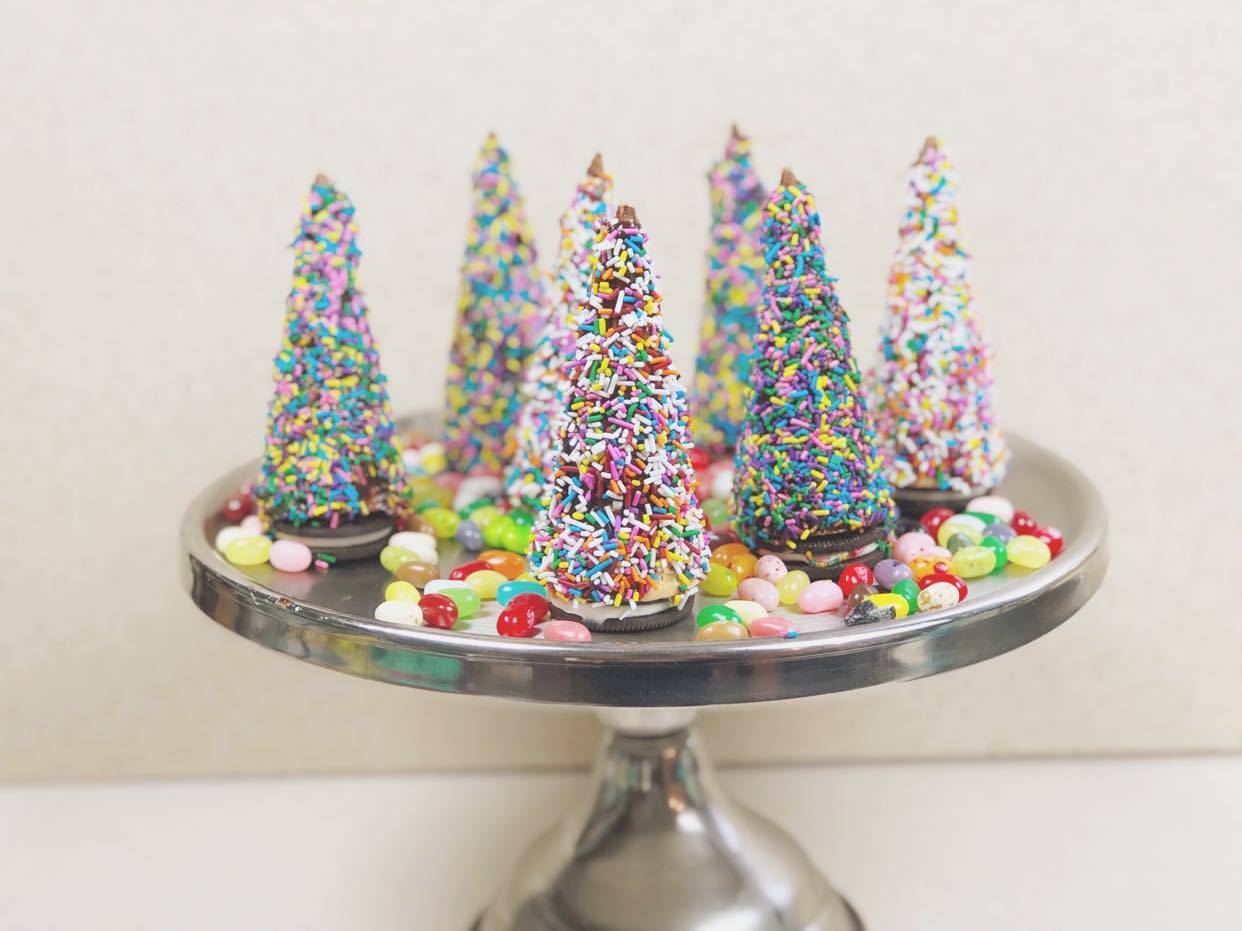