After it was announced last week that Johnny Depp would not continue in the role of Gellert Grindelwald after being asked to resign by Warner Bros., a high-ranking source inside the production of Fantastic Beasts 3 has confirmed to MuggleNet that Mads Mikkelsen will indeed be taking on the role.

Since Depp’s departure was announced, Mikkelsen has been heavily rumored to be in the running for the role. He is known for his roles in Doctor Strange, Rogue One, and Hannibal and was rumored to be the first choice for series director David Yates. 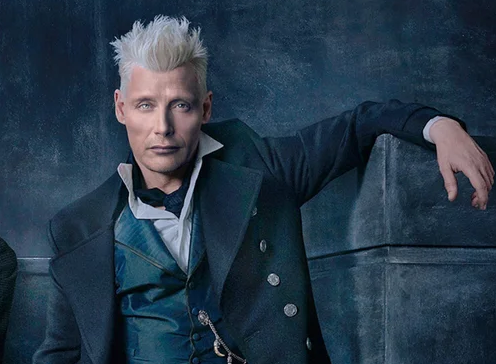 A fan-made image of Mads Mikkelsen as Gellert Grindelwald, with Mikkelsen photoshopped onto Johnny Depp’s portrayal of the character (source)

Filming for the third movie is already taking place, and it has been said that Depp had only just begun filming for the movie when he stepped down, so redoing the scenes with Mikkelsen wouldn’t take too much time. However, with the release date of the third Fantastic Beasts movie pushed back to July 15, 2022, the production now has more time to complete shooting with Mikkelsen.

The high-ranking source also revealed that conversations concerning Depp’s potential departure had been ongoing for some time and that while he was aware of these conversations, the rest of the cast and crew were not.

We have received further details from the production. This is NOT an official statement, but does come from high-ranks.

Depp did three days of work on “one scene”

The decision to ask him to resign has been in the works “for some time” and Johnny was aware. Cast/crew were not. https://t.co/5Xc04fIetq

What do you think about Mikkelsen being cast as Grindelwald? Let us know your thoughts!