Join MuggleNet for an Exclusive Screening of “The Promise”, Starring Katie Leung, Followed by a Q&A with Alison Sudol

Join MuggleNet for a magical evening of climate change conversation with our exclusive screening of the BBC animated short film The Promise, starring Katie Leung (Cho Chang). The screening will be followed by a Q&A with Alison Sudol (Queenie Goldstein), who has been involved in creating educational content that accompanies the short film, and Nicola Davies, the author of the picture book the short film is based on. 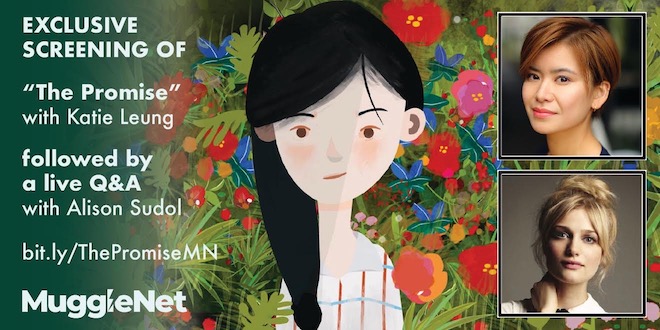 The Promise is an “urban fairy tale” about how one person can make the world a greener, fairer place. It tells the story of a young thief (played by Leung) who steals a woman’s bag but finds that she can only have it if she makes a promise in return, which leads her to transform her world. The Promise is based on the book of the same name, written by Nicola Davies and illustrated by Laura Carlin, and has been used to encourage discussions about the climate in classrooms across the world.

The online screening will take place on Saturday, November 21, at 1 p.m. PT/4 p.m. ET/9 p.m. GMT. Beginning with a special introduction from Leung, it will also showcase a video clip titled “Planting Acorns” starring Sudol. The event will wrap up with a Q&A featuring Sudol and Davies and hosted by MuggleNet‘s creative director, Kat Miller.

Tickets to MuggleNet’s exclusive screening cost £5 and are available to purchase now. Space is limited, so make sure you don’t miss out!

Proceeds from the ticket sales will go to a GoFundMe campaign organized by the director and producer of the film, which aims to bring nature back to children in schools in deprived communities.

Speaking about the short film, Leung shared her excitement about the film’s ability to inspire people:

The Promise provides me with a lot of hope in the recovery and rebuilding of our planet and is also a reminder of our responsibility and ability as individuals to create and inspire positive change at every stage in our lives.

If the promise (see what we did there?) of an introduction from Katie Leung and Q&A with Alison Sudol isn’t enough to convince you to join us for this thought-provoking animated short film, then check out the trailer below!

We can’t wait to be inspired by The Promise and to talk about the ways in which we can move toward a greener and fairer (and more magical!) planet. 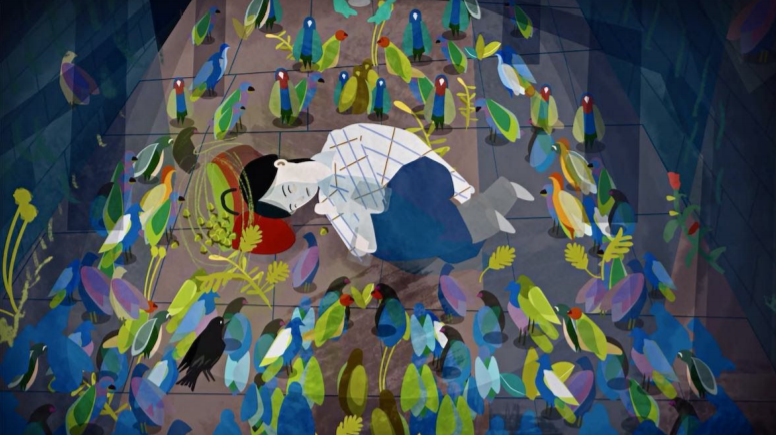 The Promise is an animated climate film about how one person can make the world greener and fairer. The film starring Katie Leung lands on the BBC on 16 October, [and] it is based on the New York Times Best Illustrated Book of the same name, written by Nicola Davies and illustrated by Laura Carlin.

The adaptation is produced by BFI Vision[-]awarded production company Last Conker, helmed by British Vietnamese filmmaker Chi Thai and animated by Simon Ratliff. Created for young children and family audiences, the film will be rolled-out [sic] with an accompanying climate action pilot campaign that aims to empower marginalised communities.

The campaign has been devised in collaboration with Wild Labs, known for Project Wild Thing, with support from digital agency If Not Now. With targeted outreach to urban communities, the campaign has partnered with schools and local environmental organisations to support rewilding in nature-deprived areas. It has already amassed over 1000 screening sign-ups in England with a separate roll-out in Scotland, led by [t]he Lost Woods.

Nicola Davies says: “To face the threat of climate change, humanity needs a new vision of the world, and that begins with telling powerful stories like The Promise about the possibility of change, for ourselves, for our societies and for our planet."

Chi Thai says: “For me, it is impossible to separate climate action from climate justice, and I'm proud of contributing to the vital conversation about the inequalities nature[-]deprived communities face. It's been wonderful to be able to do this by bringing to the screen Nicola & Laura's vision of how to make the world greener and fairer.”

Katie Leung says: "The Promise provides me with a lot of hope in the recovery and rebuilding of our planet and is also a reminder of our responsibility and ability as individuals to create and inspire positive change at every stage in our lives.”

Dr Mya-Rose “Birdgirl” Craig says: “I am delighted to be involved in this essential and much-needed project helping children worldwide to tackle the climate crisis. It is incredibly important for young people to feel inspired and empowered to make a difference in stopping climate breakdown. We are the future, and so we must create the change.”

Wild Labs says: What does it mean to take responsibility in 2020? For us, it means to respond, to act, with courage on the issues of our time. To act today for the young, and for future generations of humans and all species. The Promise offers us a powerful yet simple inspiration to do just that, for children, [for] adults and for those with power.

If Not Now says: “To see real change, we have to envisage the world we know is possible, and The Promise is full to the brim with hope and inspiration to help us do just that. This beautiful film will encourage you to gather up your courage and fight for a kinder, fairer and greener world because every small action, every conversation and every thought you have of a better future edges us closer to achieving it.”