Has it been almost a year since Funko Pop! announced it would extend its Harry Potter line of figurines? In addition to new characters, and an homage to the golden trio’s escape from Gringotts, we’ve gotten some Patronuses to add to our collections: Harry’s stag, Ron’s Jack Russell Terrier, and Hermione’s otter. Following recent New York Comic Con-exclusive character releases, complete with a Funko-style replica of the Weasley family’s home, the Burrow, Funko Pop! is back with not one but four new Patronus figurines. Well, five, if you will. 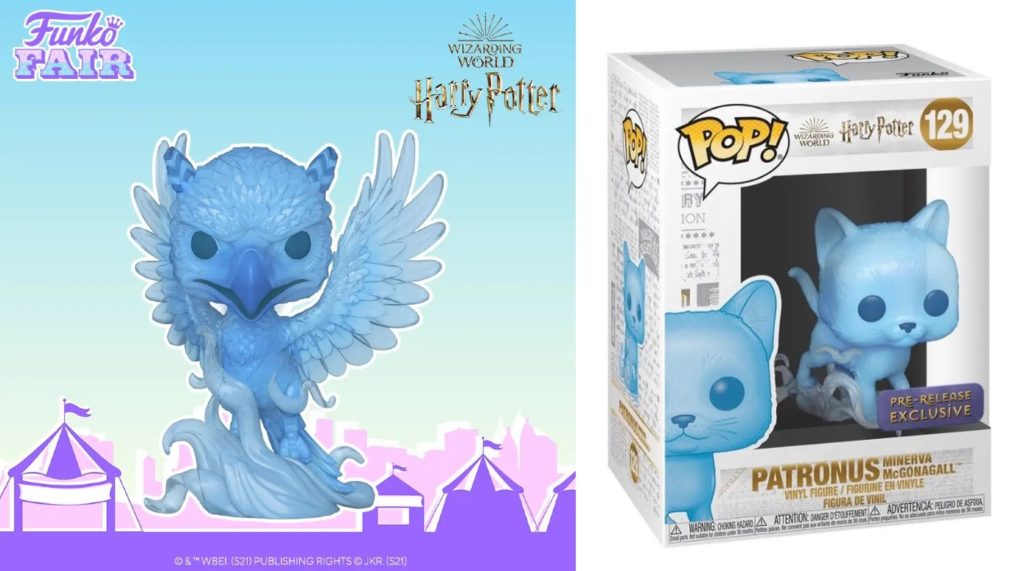 Fans of the seven Harry Potter books and eight films will be able to list several of the characters’ respective protective Patronuses, which take the shape of an animal. The corporeal form of this advanced charm reflects on the core personality of its conjurer. It may change with defining events in one’s life or due to one’s devotion to another person, or it can also be hidden if you’re Remus Lupin and have issues. Luckily for us, that latter option is less apparent in the new releases, which include four professors’ corporeal Patronuses: everyone’s favorite Defense Against the Dark Arts professor’s wolf, Minerva McGonagall’s cat, Albus Dumbledore’s phoenix, and Severus Snape’s doe. Since Snape’s Patronus is the same as that of Lily Potter’s, if you get two of this figurine, you basically get two respective characters’ magical companions in one product. 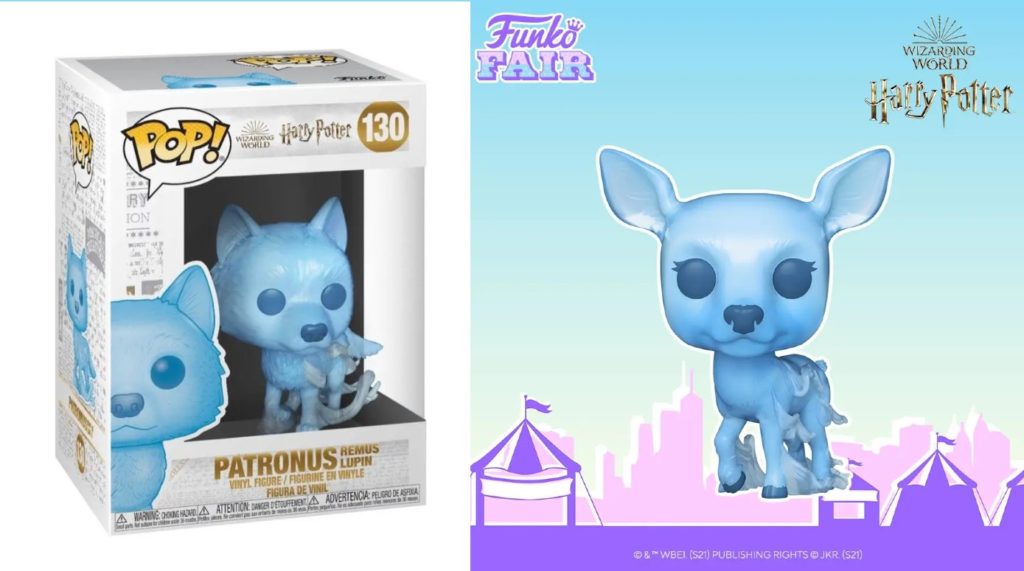 The new Harry Potter Patronus Pop!s will first be available exclusively on Wizarding World Digital with an exclusive prerelease sticker to go with the products. They will then be widely released starting mid-February.

Will you be adding any or all of the new Patronus Pop!s to your merch collection? If you doe, don’t forget to tell us how you like the figurines and whether they have found their new homes on your bookshelves or whether you carry them around as a charm for protection.