The highly regarded British Independent Film Awards couldn’t have gone any better this year. The online event was quite a scene to behold as celebrities sat in their homes to receive their awards. 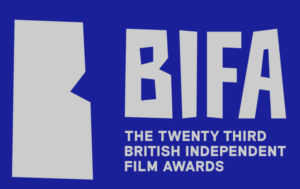 Tom Felton (who, as we all know, played the snarky Draco Malfoy throughout all the Harry Potter films) hosted the virtual event from a comfy-looking wingback chair. As the night progressed, he announced the presenters of several coveted awards and continuously managed to crack joke after joke. He admitted he might not have known exactly what he was doing since he hasn’t hosted an event of this scale. However, we can all agree that Tom did a wonderful job throughout the entire event and kept everyone on their toes. We hope to see more of him at grand events like this in the future.

Jason Isaacs (known as the salty and snobby father of Draco Malfoy, Lucius Malfoy) made a quick appearance before the ceremony began from “the frozen wastelands of Canadialand” to not only wish Tom good luck in his hosting endeavors but also say congratulations to the nominees.

All the awards given were to spectacularly talented actors and actresses, but we only wish some Harry Potter alumni received one for their efforts. Fiona Shaw (known for her role as Aunt Petunia) was nominated for Best Supporting Actress for her role as Margaret in Kindred. The Secret Garden, starring Dame Julie Walters (known as the lovable Molly Weasley), produced by David Heyman (Harry Potter producer), written by Jack Thorne (cowriter of Harry Potter and the Cursed Child), was nominated for Best Costume Design.

While Kindred and The Secret Garden didn’t take home any awards this year, both films managed to gain respectable scores from Rotten Tomatoes. Kindred earned a solid 70%, while The Secret Garden came in slightly below at 66%.

There are a few noteworthy winners from this year’s British Independent Film Awards to mention. The award for Best British Independent Film went to Rocks. Anthony Hopkins (known recently from The Two Popes and Westworld) took home the award for Best Actor for his role in The Father. Wunmi Mosaku (who played Beryl in Fantastic Beasts and Where to Find Them) won Best Actress for her role in His House. You can check out the full list of winners and nominees on the BIFA website.

Congrats to all the winners! The full show is available for streaming online now.