In January, it was suggested that Germany should organize the next Qeurovision, since the country was last year’s winner of the quidditch-inspired song contest. Germany accepted the challenge and decided to organize Qeurovision 2021.

Qeurovision has already shared the schedule for the song contest and the details for the final show. The songs will be presented on May 29, but participating national governing bodies (NGBs) have until May 21 to complete the preselection process and submit their selections. 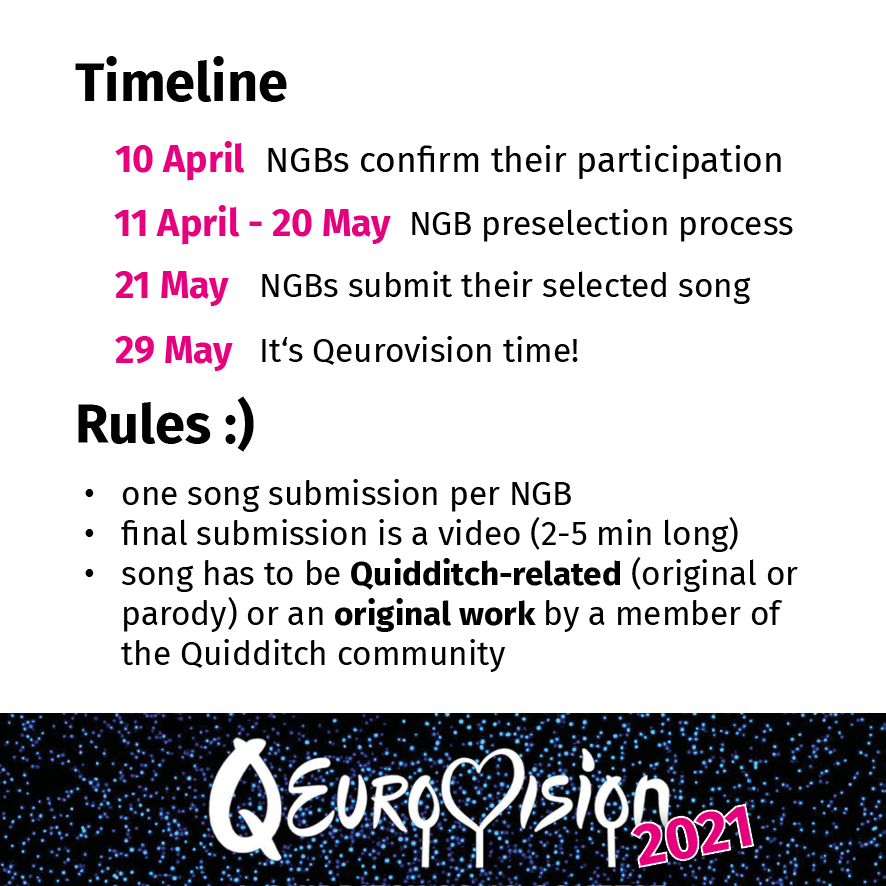 The rules for the songs have changed a little bit. Last year, a song had to be sent in both video and audio format, had to be Muggle quidditch-related, and could be a parody or an original work. This year, it is similar, but only the video has to be submitted, and it doesn’t have to be quidditch-related if it is an original work by someone from the quidditch community. The reason for this was explained in a comment under the post:

We know there are plenty of musically talented people in the community, and we’d like to give them a spot to bring their talents to the fullest and really give them a place to shine!

NGBs who wanted to participate had until April 10 to confirm the invitation. That day, Qeurovision shared that only six NGBs had confirmed their participation:

Along with this news, the post was shared in the Quidditch Europe and “Quidditch: ALL The Regions!!” Facebook groups to notify all the NGBs that they could sign up until midnight CET. Barbara Merian, who shared the post, also mentioned that there might have been some miscommunications.

If you have not received an invitation e-mail [sic], the fault is all mine; please contact us on FB directly – except in the case of Quidditch Australia; here I blame the gods of technology… 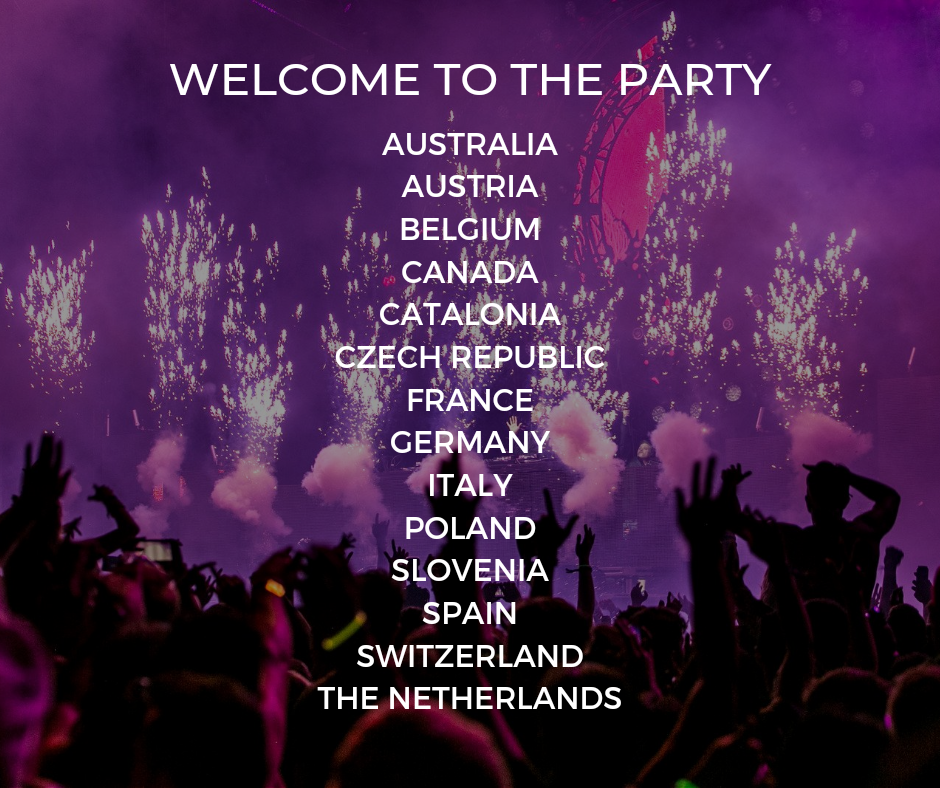 Who do you hope will win?