Rumors suggest that there will soon be more releases to celebrate the 20th anniversary of LEGO Harry Potter, with a possible new BrickHeadz set, more golden minifigures, and a flying lesson set.

According to the rumors, LEGO Harry Potter is going to launch two sets of BrickHeadz, with a total of seven characters, later this year. The rumored list includes a new set (40495) consisting of Harry, Ron, Hermione, and Hagrid, four characters that we have already seen in a BrickHeadz set previously. Another set (40496) will apparently feature Voldemort, Nagini, and Bellatrix Lestrange, who are all new to the theme. The prices of these new BrickHeadz sets are not yet known, but rumors seem to suggest that these are going to be promotional gifts available to fans who purchase a certain amount of LEGO.

As previously reported, a new LEGO Harry Potter wizard chess set is also supposedly on its way for the 20th anniversary of the theme. The wizard chess set (76392) is said to include golden minifigures of the trio, and further information from Brick Fanatics and @1414falconfan on Instagram suggest that it will also contain a golden minifigure of Professor Severus Snape. This set is rumored to come with 876 pieces and will supposedly cost $59.99. 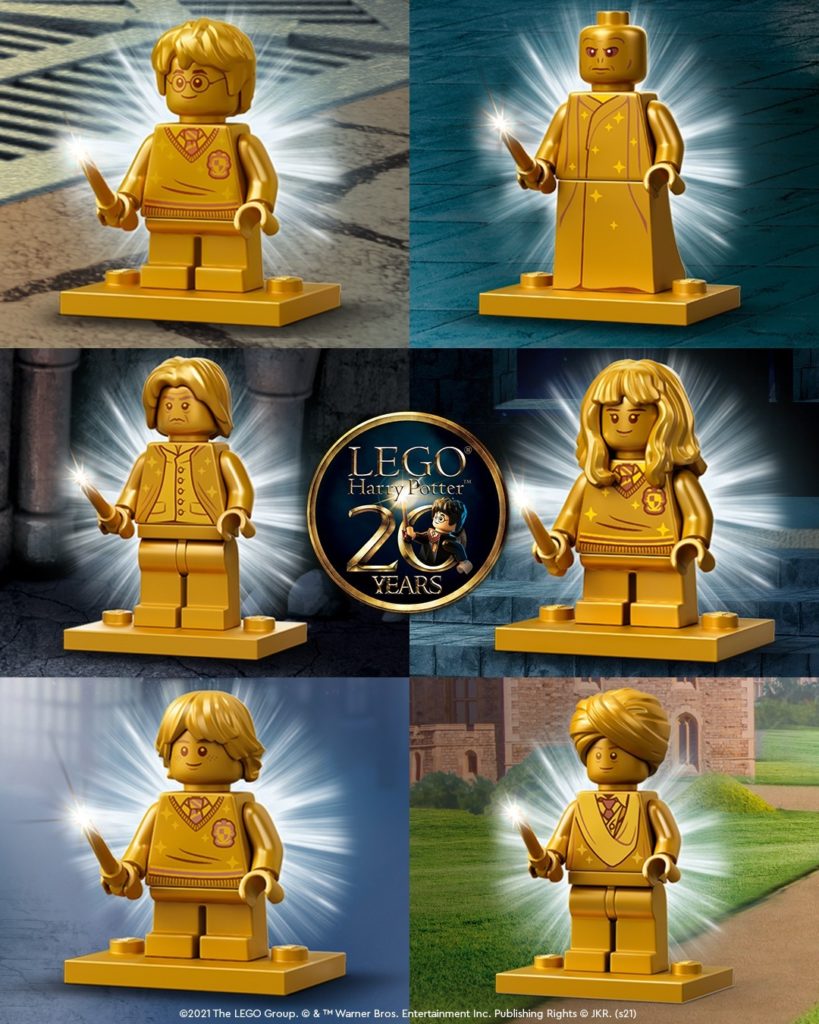 The rumor doesn’t end there. It also hints at a new first flying lesson set (76395) that will include a minifigure of Madam Hooch, a golden minifigure of Professor Quirrel, and Neville’s Remembrall. This whole set will be launched with a total of 264 pieces and cost $29.99.

Note that none of these are confirmed by LEGO yet, so we need to treat this information as rumors for now. But we can at least hope that more LEGO Harry Potter sets are on the way.

We will keep you updated if an official announcement regarding the upcoming LEGO Harry Potter set is made. Until then, check the new instructions for the LEGO Wall Art Harry Potter Hogwarts Crests (31201), which you can use to create three new designs: Hedwig, the Golden Snitch, and a Platform 9 3/4 sign. These new designs are made by LEGO designer Kitt Grace Kossmann and are free to download.

What are your thoughts on these rumors? Are you excited yet? Is there anything that you want to see from LEGO? Comment below to let us know.