While promoting the butterbeer bar at the new Harry Potter New York flagship store, Evanna Lynch spoke to Insider, reflecting on her favorite Luna Lovegood moment and giving her thoughts on the Harry Potter film adaptations.

It’s so exciting when you hear that a book you have read and loved is going to be turned into a film, bringing to life the story you’d interpreted in your imagination.

But turning a book into a screen adaptation comes with alterations and sacrifices. The actors might not be cast to your satisfaction or they might not play the characters the way you imagined them, and the plot lines that engrossed you might be altered or completely missing. 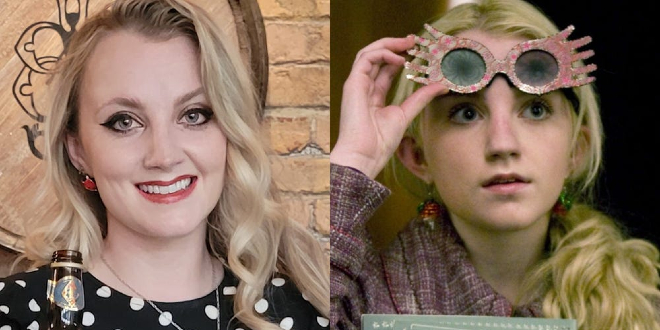 A good conversation starter with a Harry Potter fan is “Which scenes from the books would you liked to have seen in the films?”, and as an avid fan of the series before she was cast as Luna Lovegood, Evanna has voiced her opinion on the matter.

Luna on the Hogwarts Express

One of Evanna’s favorite scenes took place in Harry Potter and the Half-Blood Prince, where her character is chatting to Harry on the Hogwarts Express.

Lynch describes this as an “important moment” that showed Luna’s vulnerability while making it clear that she didn’t care what others thought of her.

She is someone who’s so at peace with herself and accepts herself no matter what, but she really cares about her friends. She’s got a really tender heart. 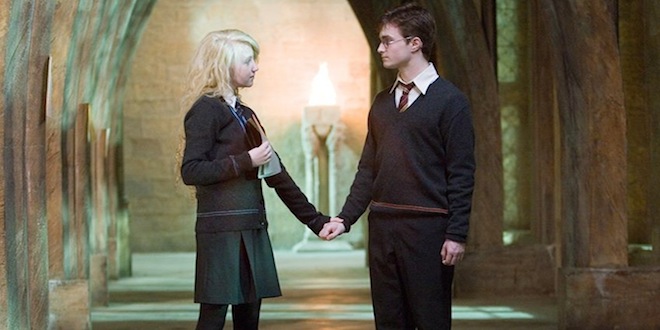 Evanna went on to discuss how she wished Luna and Ron’s relationship had been explored more on-screen.

Ron and Luna’s relationship is quite intriguing ’cause he’s always making fun of her, but he has moments where he’s like, ‘Oh, she’s not so bad.’ I think she just finds him fascinating, and I just wanted there to be more Ron-Luna moments.

Evanna recalled a Ron-Luna scene that took place in Harry Potter and the Order of the Phoenix. Ron makes a joke about Goyle, saying he should make him write lines: “I must not look like a baboon’s backside.”

In response, Luna bursts out laughing, and “everyone’s like ‘What is wrong with this person?’.” Lynch wished she could have reenacted this scene because it was something she could “very much relate to.” 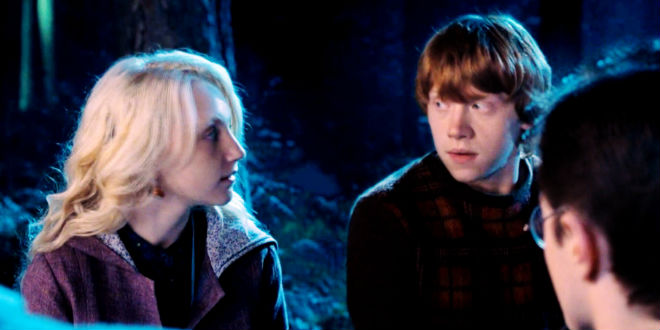 One scene that was in the original script of Half-Blood Prince but didn’t make the final cut was Luna taking over Lee Jordan as the commentator of the Hogwarts Quidditch matches.

I was very disappointed not to get to commentate [Q]uidditch. I would have loved that… I find sports quite boring, so I loved Luna’s commentary; I loved the color she brought to it. 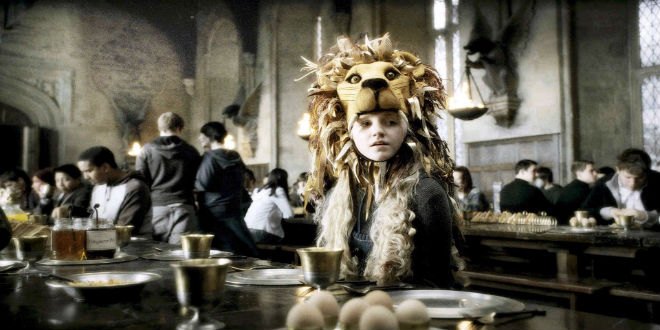 Lynch as Luna Lovegood before a Quidditch match in “Harry Potter and the Half-Blood Prince,” wearing a lion headpiece in support of Gryffindor

Evanna also discussed how she desperately tried to get Dumbledore’s funeral into Half-Blood Prince, but even offering her own paycheck “wouldn’t cover it.”

While we can wonder what could have been, we should also celebrate what did happen. One of Lynch’s favorite moments to film was with her on-screen father, Xenophilius Lovegood (Rhys Ifans), at Bill and Fleur’s wedding in the seventh film.

He was dressed in these yellow robes, and he had this sunshine-bright hair, and I remember feeling like, ‘Oh, that’s my people.’ You know? There'[re] two of us now. We both stick out like sore thumbs, and we’re gonna enjoy it. 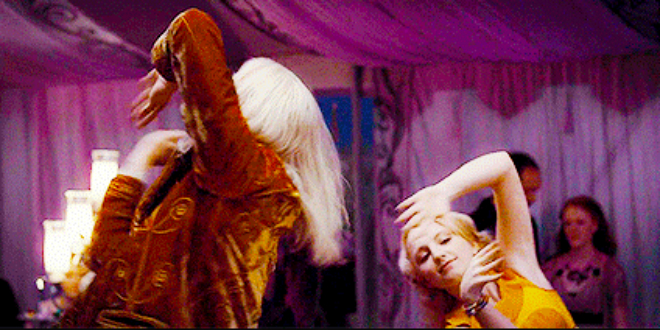 What’s your opinion on these missing moments, and which Harry Potter scenes do you wish had made it from book to screen?