The highly anticipated Warner Bros. Studio Tour Tokyo – The Making of Harry Potter has hit a significant milestone on its path to opening its doors in 2023, with a groundbreaking ceremony that took place on May 13.

Studio Tour Tokyo will be the first of its kind outside of the United Kingdom and will contain replica sets and interactive opportunities. According to InPark Magazine, the indoor space will have replica sets from the Potter and Fantastic Beasts movies. This would make it distinct from the Studio Tour in London, which currently focuses on Potter only. However, the possible inclusion of Fantastic Beasts sets is not the only way in which the Tokyo location will differ. 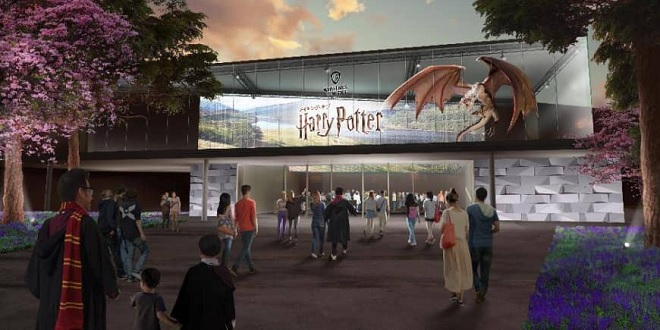 Being a purpose-built location rather than working film studios, Studio Tour Tokyo will also feature open green spaces. As detailed on its website, a key priority of the tour is to preserve the green landscape of Toshimaen. This includes planting new trees to replace any that need to be removed “due to age or for construction reasons, ensuring the same amount of green space is maintained.”

Speaking of the groundbreaking ceremony, President, Warner Bros. Worldwide Studios Operations Jeff Nagler further reinforced the priority that has been given to maintaining the surrounding green areas:

After the groundbreaking ceremony, Warner Bros. Studios Tour Tokyo has taken a big step towards the opening of 2023. With the support of Seibu Railway, ITOCHU, and Fuyo General Lease, we will cooperate with Nerima Ward and the Tokyo Metropolitan Government Building to promote the project in a way that takes consideration of the surrounding environment. At the same time, we are prioritizing the protection of the beautiful green areas of this calm area of ​​Nerima Ward, as well as the promotion of the tour industry, job creation and the promotion of [the] attraction itself to the area. We will continue to strive to provide a place where you can enjoy yourself. Please keep an eye on Studio Tour Tokyo in the future.

The beautiful green areas can be seen in three new concept images of the Studio Tour revealed by InPark Magazine. The first image displays the proposed entrance plaza through which visitors will gain access to the tour. It shows a landscaped garden area featuring a statue of Hagrid and young Harry. The image also shows another glimpse of a suspended dragon that can be seen through the glass facade of the Studio Tour entrance, suggesting something similar to the entrance hall at Studio Tour London. 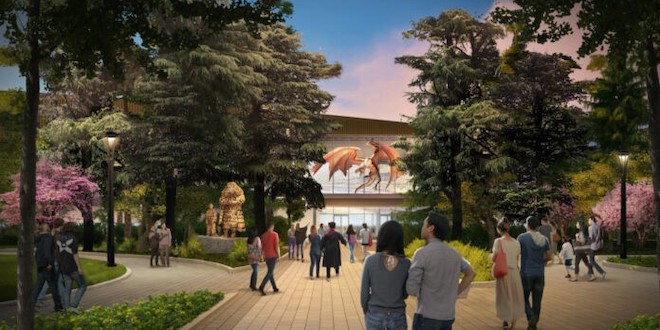 The second image shows a mock-up of the backlot area. Here, it looks as though visitors will be able to stop for a break (and maybe a butterbeer or two?) as well as explore giant wizard chess pieces and the Hogsmeade station building. From this image, it seems as though the backlot will be a combination of the entrance to Hogsmeade at Universal Orlando Resort and the backlot exterior sets area at the Studio Tour in London. 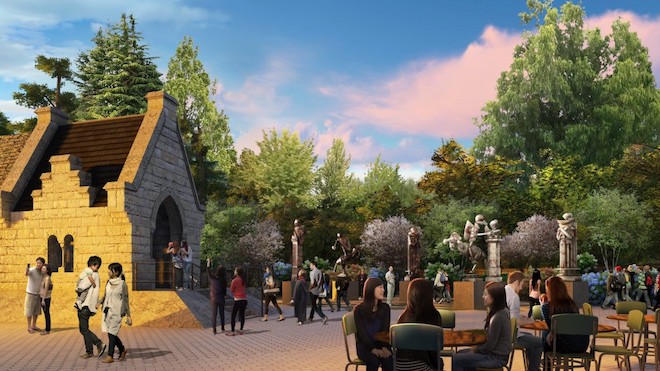 The final image shows an aerial view of the Studio Tour and reveals the extent to which Warner Bros. is hoping to maintain the leafy, green environment of its location. Here, a few more statues can be glimpsed in the landscaped plaza area, and a giant poster of Harry and Newt Scamander can be seen on the side of one of the buildings. 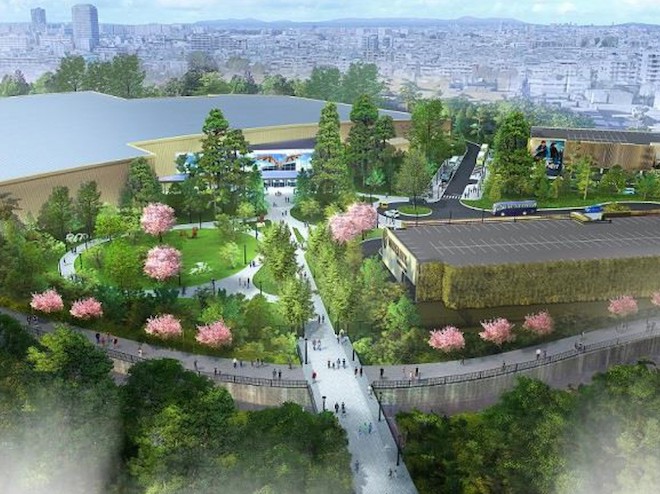 While the actual opening date for Studio Tour Tokyo is not yet known, these images have got us excited for this new Wizarding World adventure. We’ll certainly be “green with envy” at those lucky fans who will be first through the door in 2023!