UPDATED: Rare Uncorrected Proof Copy of “Harry Potter and the Philosopher’s Stone” Goes Up for Auction

On May 27, Ewbank’s Auctions will be holding its Entertainment, Memorabilia & Movie Props auction, which will include several pieces of treasures spanning literature, popular music, and film. One of the more valuable lots pertains to Harry Potter. Limited to a run of approximately 200 copies, up for auction is an uncorrected proof copy of Philosopher’s Stone published by Bloomsbury in 1997. This particular copy contains an incredibly interesting error on the inside title page listing the author as “J.A Rowling” instead of “J.K. Rowling.” Considering that Rowling’s first name is legally Joanne, perhaps “J.A” was a rejected pen name that was being considered. The uncorrected proof copy of Harry Potter and the Philosopher’s Stone is currently estimated to fetch between £2,000 and £4,000. Surely, it’ll go for more, right? 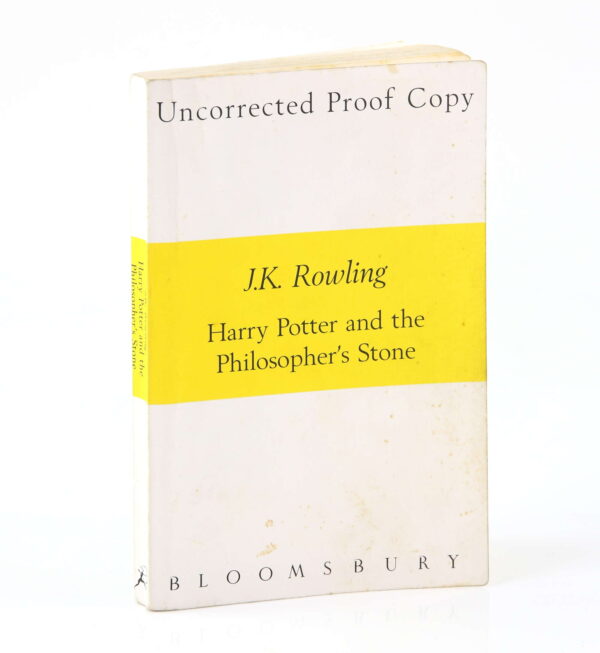 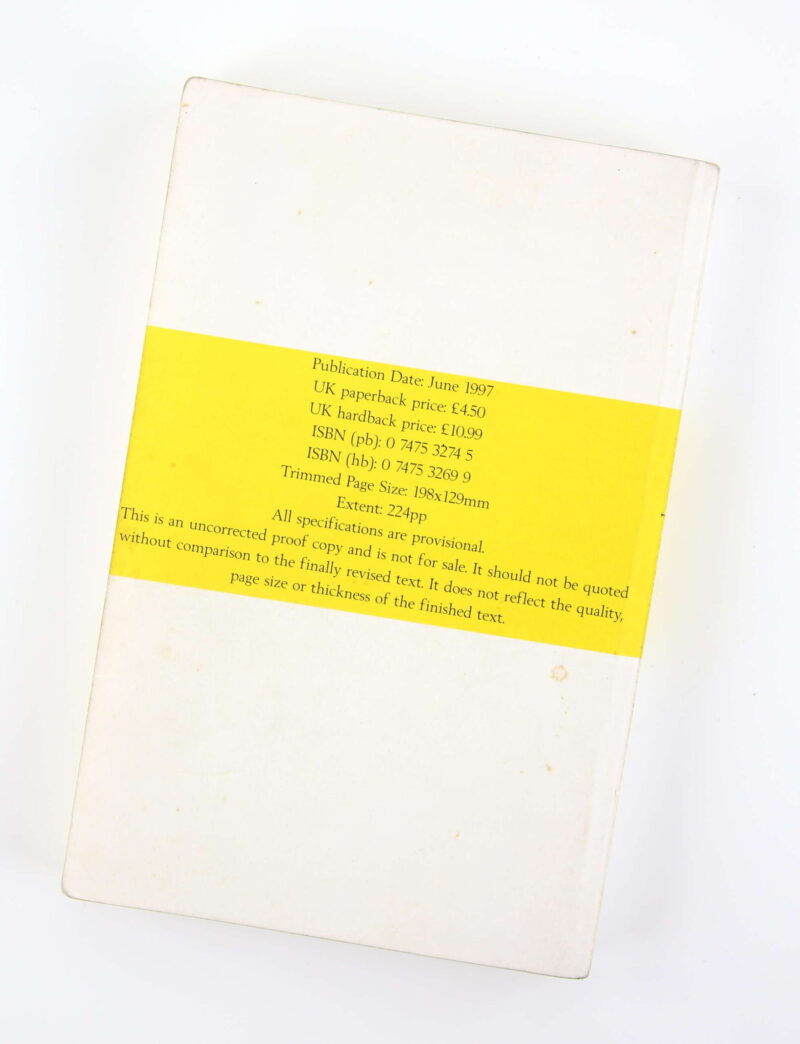 This uncorrected proof copy contains an error on the front title page. Instead of reading “J.K. Rowling” as the author, it reads “J.A Rowling.”

For those who aren’t aware, uncorrected proof copies are, as the name suggests, copies of a book that have not been heavily proofread and will contain several errors. These copies are limited and were issued by the publisher to editors for proofreading or to bookstores to help generate buzz surrounding the upcoming release.

Alongside the uncorrected proof copy, the auction will also feature several pieces of memorabilia from the Harry Potter film adaptations. Most of the pieces were put up for auction by a crew member who worked as Daniel Radcliffe’s double on all the movies. The double’s collection includes crew T-shirts, call sheets, and premiere tickets, with the most valuable piece in the crew member’s collection being a paperback copy of Harry Potter and the Goblet of Fire signed by Dan, Emma Watson, Rupert Grint, Matthew Lewis, Devon Murray (Seamus Finnigan), Katie Leung (Cho Chang), and Afshan Azad (Padma Patil). The signed copy of Harry Potter and the Goblet of Fire is estimated at between £700 and £1,000. 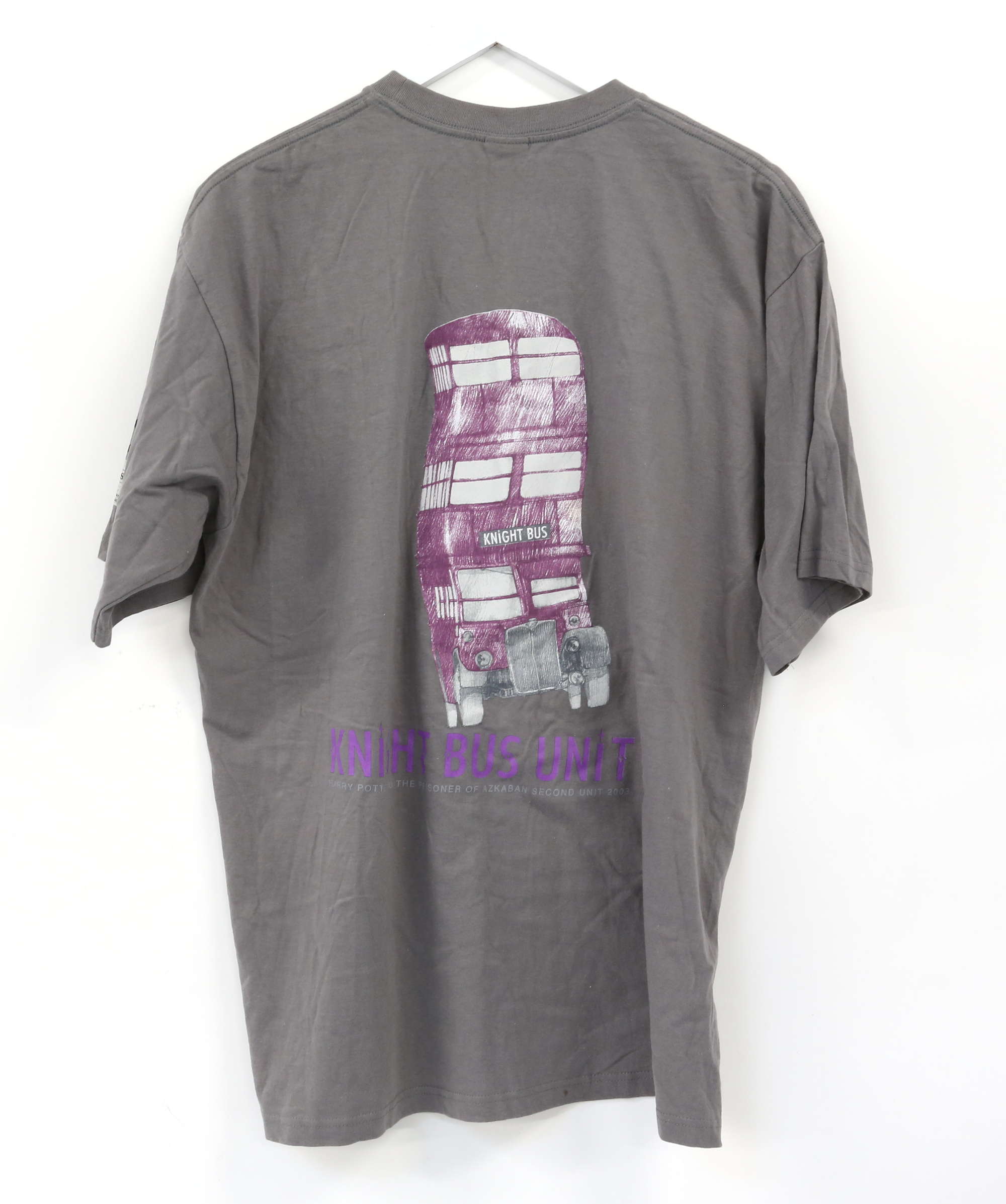 A crew member who worked as Daniel Radcliffe’s double consigned this crew T-shirt from the set of “Harry Potter and the Prisoner of Azkaban.” 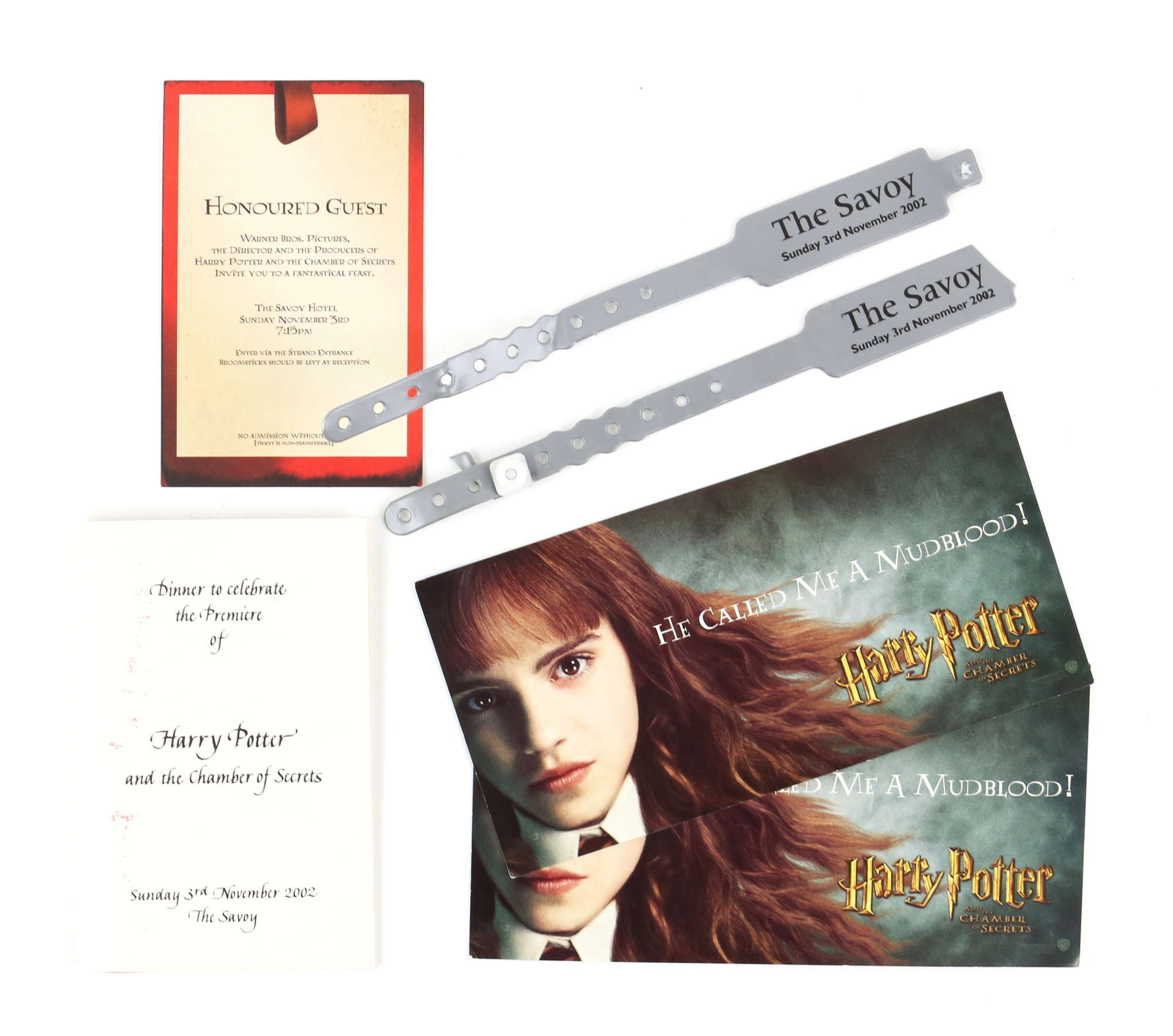 The crew member is also selling some event memorabilia, including two tickets to the premiere of “Harry Potter and the Chamber of Secrets.” 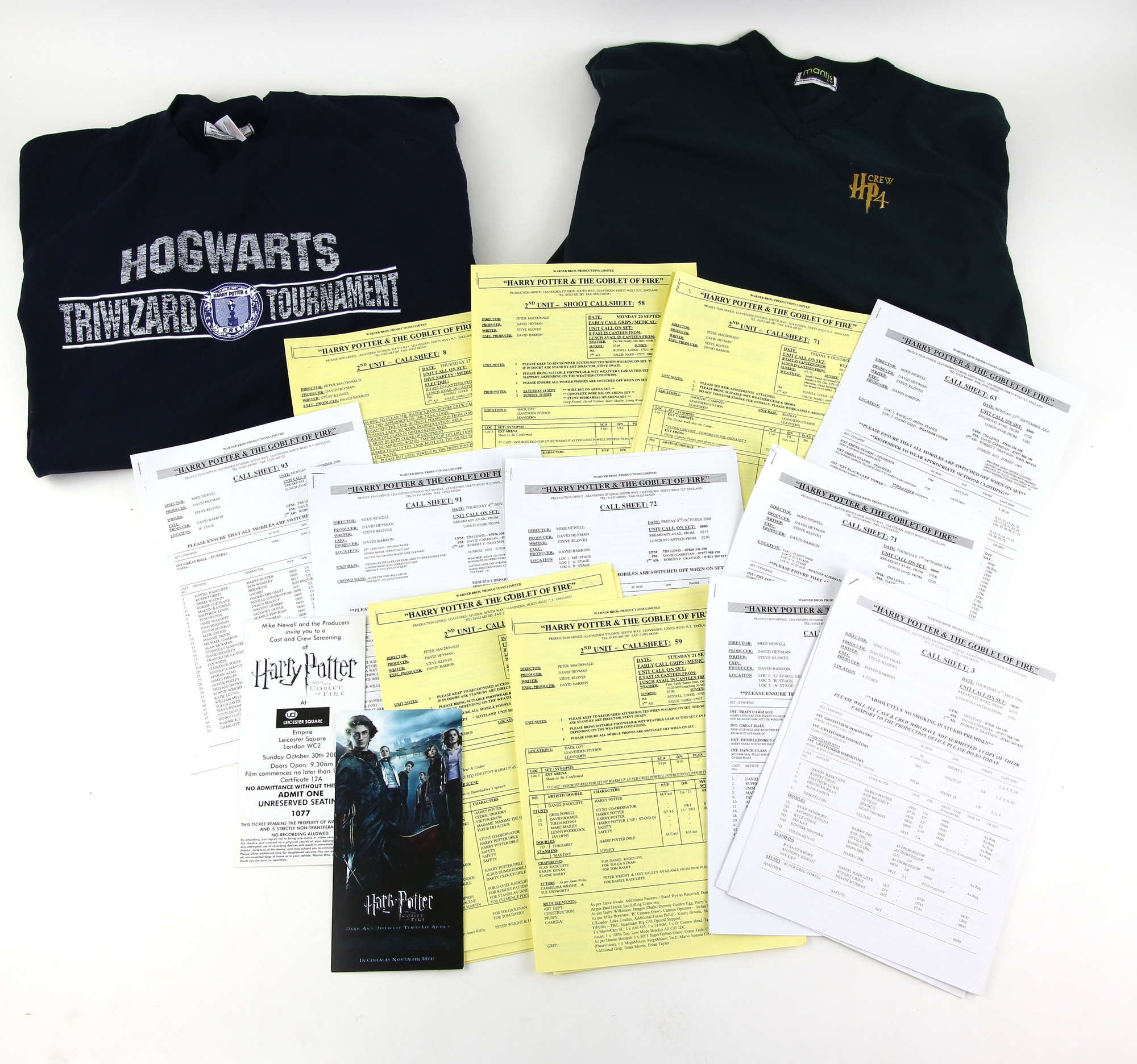 Alongside several call sheets, included in this lot are two crew T-shirts from the set of “Harry Potter and the Goblet of Fire.” 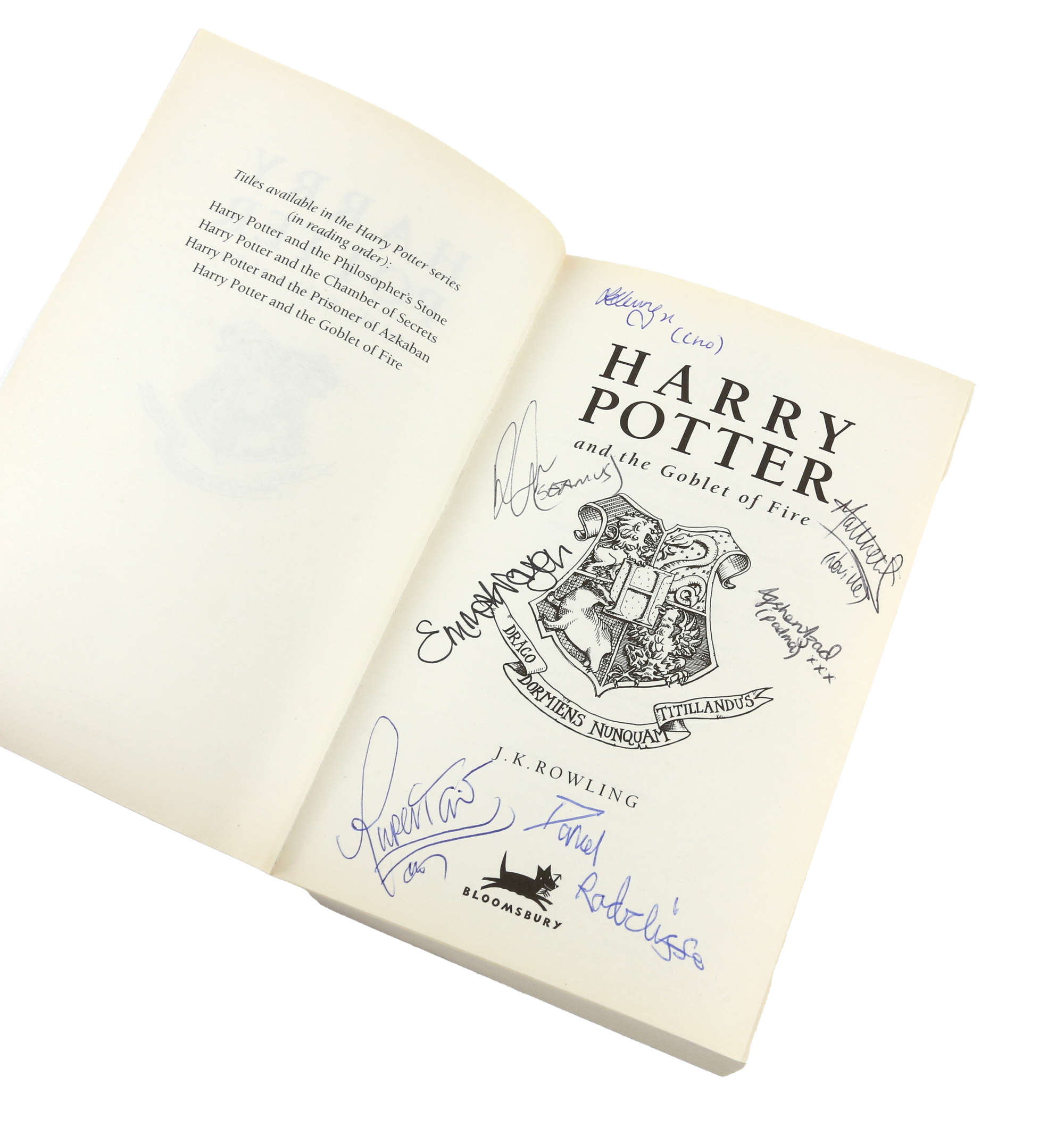 The most valuable item from the pieces consigned by the crew member is a paperback copy of “Harry Potter and the Goblet of Fire” that was signed by several members of the cast. It is estimated to go for between £700 and £1,000.

It’d be a dream to peruse this copy of Philosopher’s Stone and see what other types of errors were made in the production of the book. Perhaps there are a few interesting ones that made it from one of the drafts? Do you know of any fascinating errors from one of the first drafts? Or maybe you’ve perused an uncorrected proof copy of Philosopher’s Stone before? Let us know in the comments.

Thanks to Kevin McCooke for the tip!