The new Harry Potter Photographic Exhibition has just opened in Covent Garden, London, and James and Oliver Phelps, who played the mischievous Weasley twins in the Harry Potter series, have checked it out for us.

The exhibition features a large display of behind-the-scenes photographs and films, including some never-seen-before footage, and is home to Europe’s only butterbeer bar.

James and Oliver visited the exhibition before it opened and did a special takeover on its official Instagram page, trying some tasty butterbeer along the way.

A post shared by Harry Potter On Location (@harrypotteronlocation)

Bustle caught up with the twins after their visit, discussing all things Potter, from their favorite on-set memories and features of the exhibition to the toughest scenes they filmed and life after the franchise.

While it’s been ten years since the final film was released, James commented on how just one photo can trigger vivid memories, reminiscing about a moment on set at the Burrow.

There’s one in [t]he Burrow, where the Weasleys live, and I remember exactly how all the Weasleys were just hanging out off-set as well, treating it like a proper living room. Little memories like that, which when looking back on them, you remember with great happiness.

After spotting a photo of Diagon Alley at the exhibition, Oliver also recalled a magical on-set memory.

There’s a great photo of Diagon Alley, which reminds me of when we were filming in there in the second movie, how immersive the set was. I remember just, like, going into the shops, being able to explore the set, and everyone was fully dressed as well. It really takes me back to these those [sic] times. 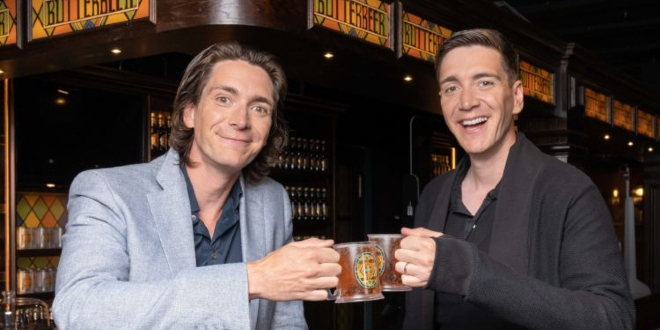 Their most emotionally difficult scenes, however, both took place in the final film.

For Oliver, “the main one was probably the one where Fred snuffed it,” (“That was easy for me, ha!” was James’s response), whereas James chose their final scene.

We were on the turret overlooking Hogwarts, and it’s when Voldemort’s Army arrives or something. And I remember thinking at the time, ‘We’re definitely not going to be here tomorrow.’ It wasn’t a sad feeling, but it’s like when you finish a race and it couldn’t get better. And we knew they were gonna knock the set down because it was the last day and the bulldozer was literally on the other side of the room.

Since the end of the franchise, the Phelps twins have kept in touch with many of their fellow Potter castmates, recently playing a game of golf with Tom Felton, and Rupert Grint’s stunt double stood alongside Oliver as best man at James’s wedding. They have also interviewed some of their Potter cast members on their Normal Not Normal podcast, including Evanna Lynch and Bonnie Wright.

Their visit to the Photographic Exhibition seemed to have stirred up many happy memories for the twins, and when asked their favorite parts of the exhibition, Oliver picked the Ministry of Magic, which was one of the biggest sets he’d ever seen, and the “re[-]creation really gets the scale of it.” 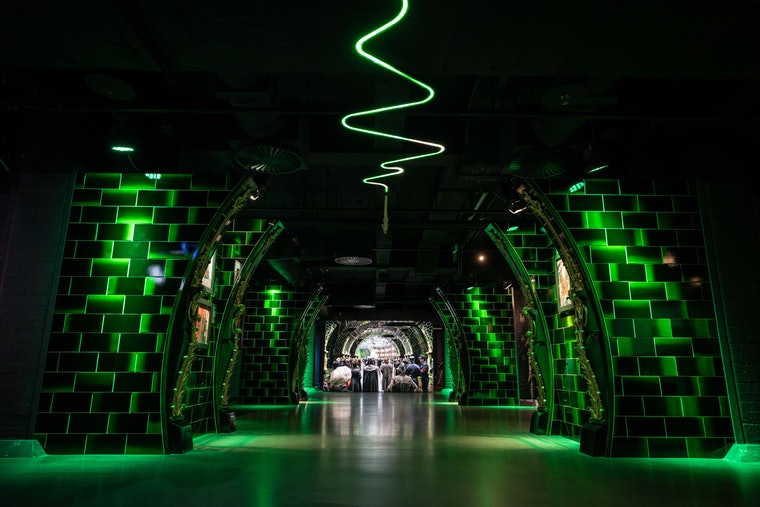 James reminded us that it isn’t just the cast who brought to life the Harry Potter films; a whole crew behind the camera made the real-life magic happen.

There’s one photo in particular of Michael Gambon as Dumbledore in the Great Hall. And he’s only in about 25% of the photograph; the rest of it is the crew watching him or doing [something] for their job, you know, the lighting guys making sure the lights are fine, script advisors checking lines, etc. I think that tells such a great story of how a film is made.

We can’t wait to visit the Harry Potter Photographic Exhibition! What are you most looking forward to seeing there?