It’s been 20 years since the first Harry Potter film was released, and since then, many collectible items have been made available. While some collectors enjoy a rare coin, others may find entertainment in the expansive LEGO Harry Potter sets. Even movie buffs are always looking to expand their collections, and the new eight-film 4K Ultra HD and Blu-ray collector’s edition set is perfect for such fans. 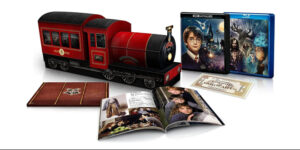 Included in this collector’s set is a special edition of Harry Potter and the Sorcerer’s Stone, which comes as a Magical Movie Mode DVD. 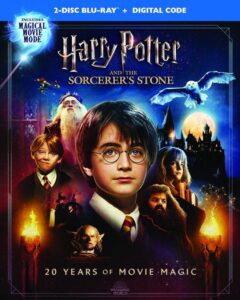 With the Magical Movie Mode DVD, fans can experience the magic of Sorcerer’s Stone in a new and exciting way, including discovering filmmaking secrets from the series and learning about spell incantations, magical features, and artifacts. There’s tons of Harry Potter trivia as well.

The eight films of the set are available in both 4K Ultra HD and Blu-ray and span across 17 DVDs. 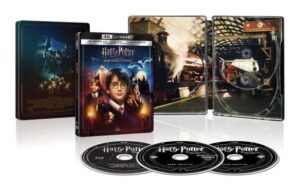 The collector’s set comes in Hogwarts Express-style packaging, making it a beautiful addition to any collector’s shelf. This includes a replica Hogwarts Express ticket, just like the one given to Harry by Hagrid before he began his first year at Hogwarts. Also included in the set is a 32-page behind-the-scenes anniversary booklet filled with photos, props, production notes, and artwork from the Sorcerer’s Stone film. 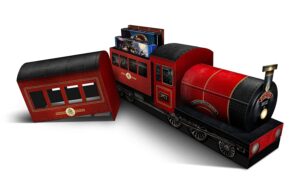 If you’ve been wanting to grab the film set, here’s your chance to do so. This beautiful collector’s edition set is available for preorder now on Amazon for $139.99 and will be released on November 2.