“Harry Potter” Trolley Is Off on a Magical Tour

When young witches and wizards first receive their Hogwarts letter, the mystery of platform nine and three-quarters’ location baffles. Muggles are just as fascinated by this, and there’s been a trolley jutting from one of the walls at King’s Cross station, London, to commemorate it. Now, the trolley is heading off on a tour of the United Kingdom, stopping off at four stations along the way, posing for photos with Harry Potter fans. 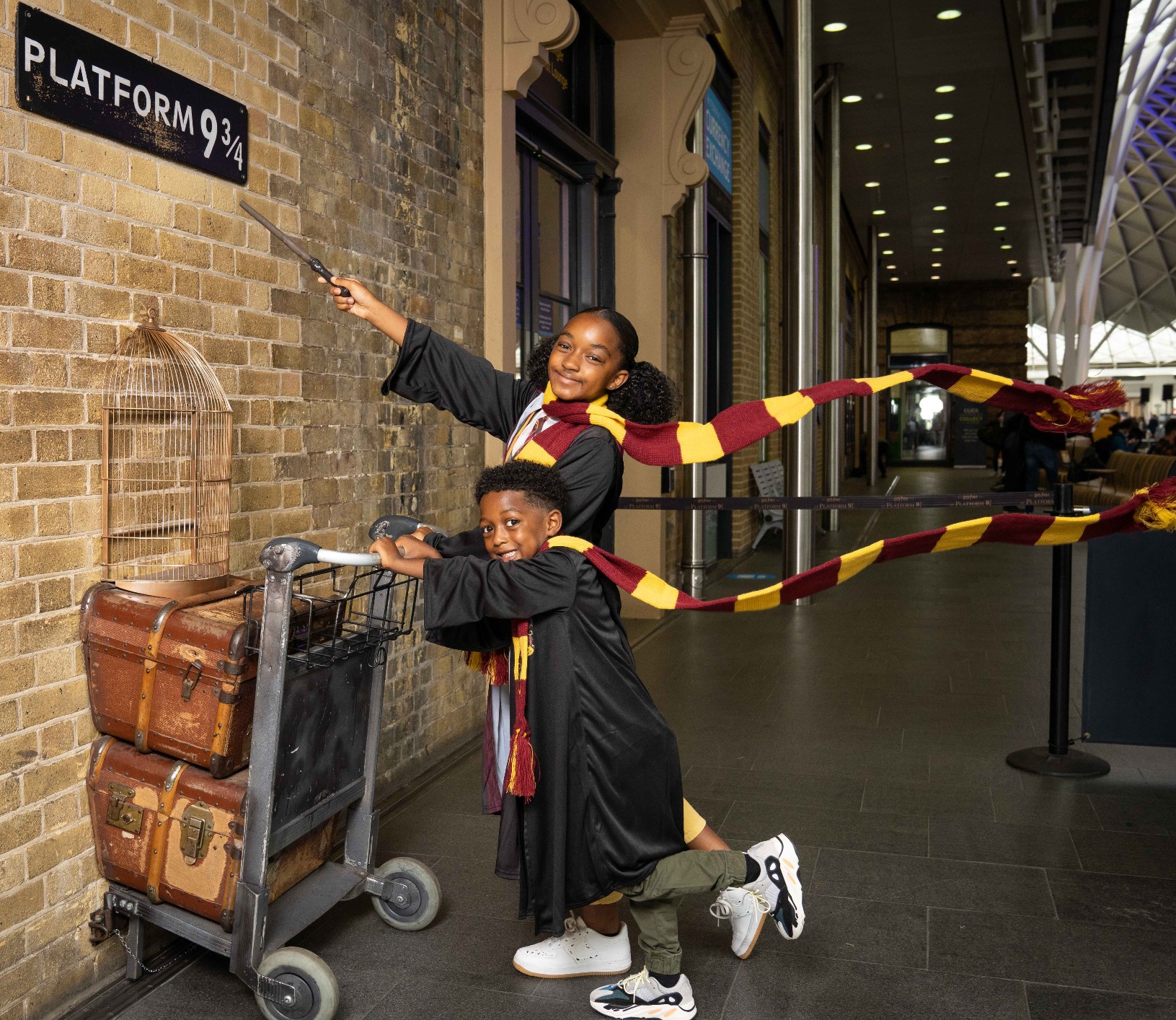 The tour will celebrate the 20th anniversary of the release of the Harry Potter and the Sorcerer’s Stone film. The trolley leaves its home in London on October 16, traveling all the way to Edinburgh Waverley station for a short, two-day vacation. From there, it embarks on the second leg of its journey, making its way to Birmingham New Street station on October 23. Its sets off again on October 25, heading to Cardiff Central station ready for October 26. After that, the trolley will journey over the sea to Northern Ireland, finishing its tour at Belfast’s Lanyon Place station between October 29 and October 31.

The trolley has been a photo opportunity for Muggles, witches, and wizards alike. We love seeing everyone posing for photos in their House colors, dressed up as their favorite character, or preparing to cast spells with their wands out. Now that the trolley is touring, we can’t wait to see even more people enjoying its charm. Network Rail’s development director, Stuart Kirkwood, explained how excited he was for the tour, saying that he’s “extremely pleased to add this touch of magic to these stations.”

This tour isn’t the only way the Wizarding World will celebrate its 20th anniversary. We told you all about LEGO’s celebration back in April, with everything from new sets to golden minifigures. LEGO isn’t the only one hosting a party; Tom Felton will be going back to Hogwarts via a YouTube livestream on September 1. If you want to celebrate, you could always check out the brand-new Magical Movie Mode on the 20th-anniversary edition of Sorcerer’s Stone. Which are you most excited about?

31st AUGUST 2021 – To celebrate the 20th anniversary of Harry Potter and the Philosopher's Stone releasing in UK cinemas, the iconic Platform 9 ¾ [t]rolley will pop up [sic] at train stations across the UK.

The installation allows fans to re[-]create the moment when Harry first made it on to [sic] Platform 9 ¾, by running through a magical brick wall in London’s King’s Cross station, before taking the 11 o’clock train to Hogwarts, which it did every year on September 1st.

The trolley, a symbol of the gateway between the ‘Muggle’ and wizarding world [sic], is situated on the concourse of King’s Cross [s]tation, alongside the Harry Potter Shop at Platform 9 ¾, and is visited every year by over 2 million people, serving as a symbol of the Harry Potter legacy for the last two decades, but soon cities across the UK will be able to experience the magic too.

To mark the milestone anniversary, a replica trolley will be touring four train stations across England, Northern Ireland, Scotland and Wales in October. Muggles, witches, and wizards alike will be able to get a photo of them appearing to run through the wall, to reach Platform 9 ¾, where the Hogwarts Express departs from.

The trolley will appear at the following stations:

On the launch day for each station, fans will be invited to witness the reveal of the trolley and be encouraged to capture pictures in their best Wizarding World-inspired outfits.

Stuart Kirkwood, Group Property Director from Network Rail, says: “The Platform 9 ¾ trolley in King’s Cross station is a fantastic attraction that boasts huge queues of Harry Potter fans daily. Edinburgh Waverley and Birmingham New Street are Network [R]ail[-]managed stations, and it’s been great to take this fan favourite to locations outside of London to celebrate the 20th anniversary of the film. We’re extremely pleased to add this touch of magic to these stations.”

Other [sic] activity taking place to mark the 20th anniversary includes a live digital event to mark Back to Hogwarts Day on 1st September. Fans can tune in to Wizarding World YouTube from 10.30 am (BST) on 1st September to watch live or on-demand.