James and Oliver Phelps Announce Travel Show, Will Be Joined by Evanna Lynch for Episode 1

James and Oliver Phelps, known and much loved for playing the mischievous twins Fred and George Weasley in all eight of the Potter movies, have recently been spotted enjoying the magic that Ireland has to offer.

If you follow James and Oliver on Instagram, you may have noticed that the brothers have hinted at an upcoming travel show due out next year. This isn’t the first time that James and Oliver have been involved in a travel show. In 2017, Oliver briefly spoke of a potential travel documentary titled Twin Cities. As far as we know, the show didn’t go ahead, but the premise was that they would explore two different sides of a city. There are no details of the premise of the twins’ new travel show yet, but looking at Instagram, it seems to have made it to the filming stage.

James’s Instagram caption announced that the reason they were in Ireland was due to “a new project” and that he was “very excited to be working with [his] brother” and to “watch this space.” The caption mentions that the show’s first episode is set in Ireland and includes Evanna Lynch, best known for playing Luna Lovegood in four Potter movies. James posted various photographs, including one of the trio standing outside what looks like a traditional Irish pub.

Lynch also posted on her Instagram account, divulging that she had “had the best time last week exploring Ireland.” She said that she couldn’t share too much about the adventure they had gone on but that they had “made a lot of friends, [had] foraged for mushrooms, and had deep chats in the car.”

Martin Blencowe, who has produced films including Aftermath, Fire with Fire, and The Frozen Ground, is also involved. He stated that he can’t share too much but that he is “working on a travel show with Oliver and James” and that “as a fan, I think people will really enjoy what we are creating.”

The gang attended a hurling match, an outdoor game of Irish origin. The hurling club, St. Fechins in Co. Louth, Ireland, had posted on Instagram that their “senior hurlers will have a few famous faces supporting them on the sidelines” since both the Phelps brothers and Evanna Lynch would “be attending the match as part of filming a travel programme.”

According to the sports website the Rewind, the three stars were more than accomodating with photographs and autographs after the match. James and Oliver were even pictured in St. Fechins jerseys.

The brothers had also recently posted about a trip to the Giant’s Causeway, an iconic World Heritage Site in Northern Ireland. We are unsure whether this is part of their travel show, but both state that this is a must-visit. In addition, Oliver posted a shot of himself sitting on the famous Wishing Chair, a natural throne formed from columns of rock. 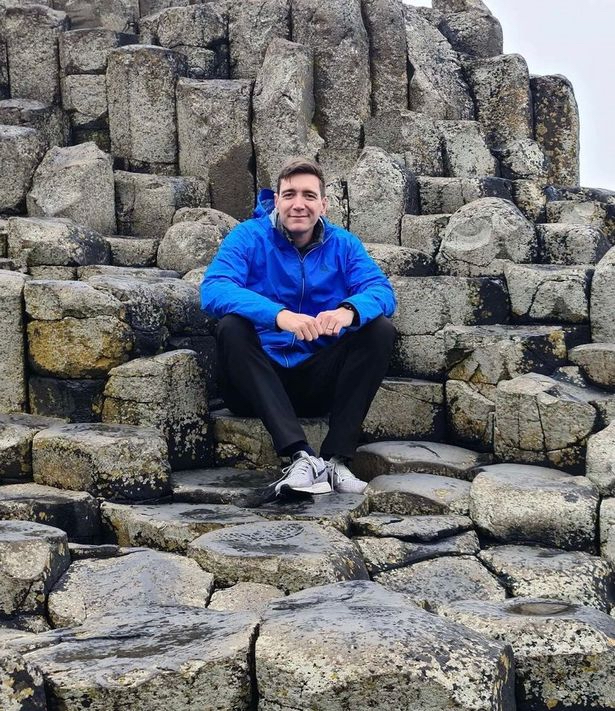 Here at MuggleNet, we are all wondering where their next stop might be. Will it be a world tour, perhaps? Or will they stay closer to home? Will they be alone, or could they possibly be joined by other cast members along the way?

Whatever their next steps are, it is bound to be amazing. And hopefully, they will continue to give us sneak peeks over the coming weeks or months. But we do know one thing: we will be waiting eagerly to find out more. So are you as excited as we are about James and Oliver’s new show?