UPDATED: Robbie Coltrane, David Bradley Doodle for a Good Cause, Drawings Up for Charity Auction

For nearly two decades now, Epilepsy Action, an England- and Wales-based charitable organization dedicated to providing support for those suffering from epilepsy, has raised money through its event called National Doodle Day, which auctions off doodles drawn by artists alongside film and TV actors. This year, Harry Potter fans will take notice of three particular names on the list of participants. From the Harry Potter film series, Robbie Coltrane (Rubeus Hagrid), David Bradley (Argus Filch), Zoë Wanamaker (Madam Hooch), and Julian Glover (voice of Aragog) have all contributed drawings for this year’s charity auction.

Starting today and ending September 19, you can bid and potentially own unique illustrations from one of your favorite actors and most importantly, help out a wonderful charity. And even more exciting for Potter fans, Coltrane, Bradley, Wanamaker, and Glover have all donated fantastic and vastly diverse pieces of art.

One Potter star is showing us that the more practice you put in, the more your skills improve. Glover, who contributed in both 2016 and 2017, is donating yet another self-portrait, and we can see that he’s gotten better, despite the distressed expression. 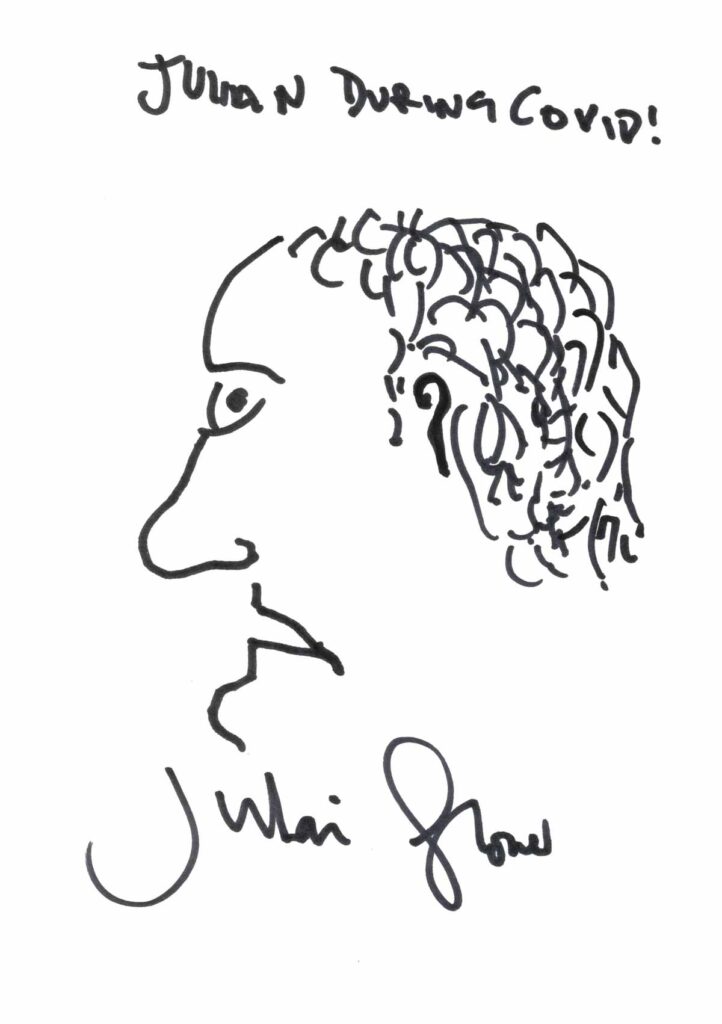 Julian Glover returns to National Doodle Day with another self-portrait.

Wanamaker put together a very bright, bold, and funky collage made up of confetti, various paper cutouts, what looks to be a piece of a pom-pom, and a plastic confetti crown, bordered all around by marker scribbles. What do you suppose Wanamaker is trying to say with this abstract piece of art? 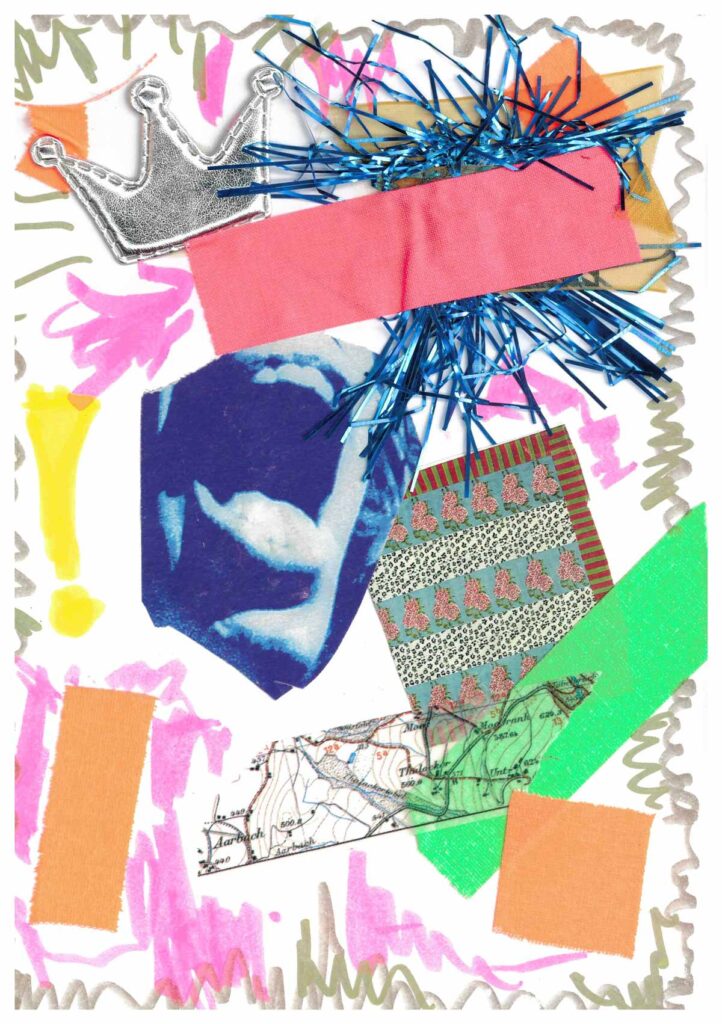 Zoë Wanamaker’s doodle is a collage of various items.

Back in 2017, Bradley provided a sketch of Mr. Filch and his beloved cat, Mrs. Norris. This year, he decided to take another crack at the pair, but instead, Filch seems to be more disheveled while Mrs. Norris is noticeably meaner. He definitely knows these characters well. 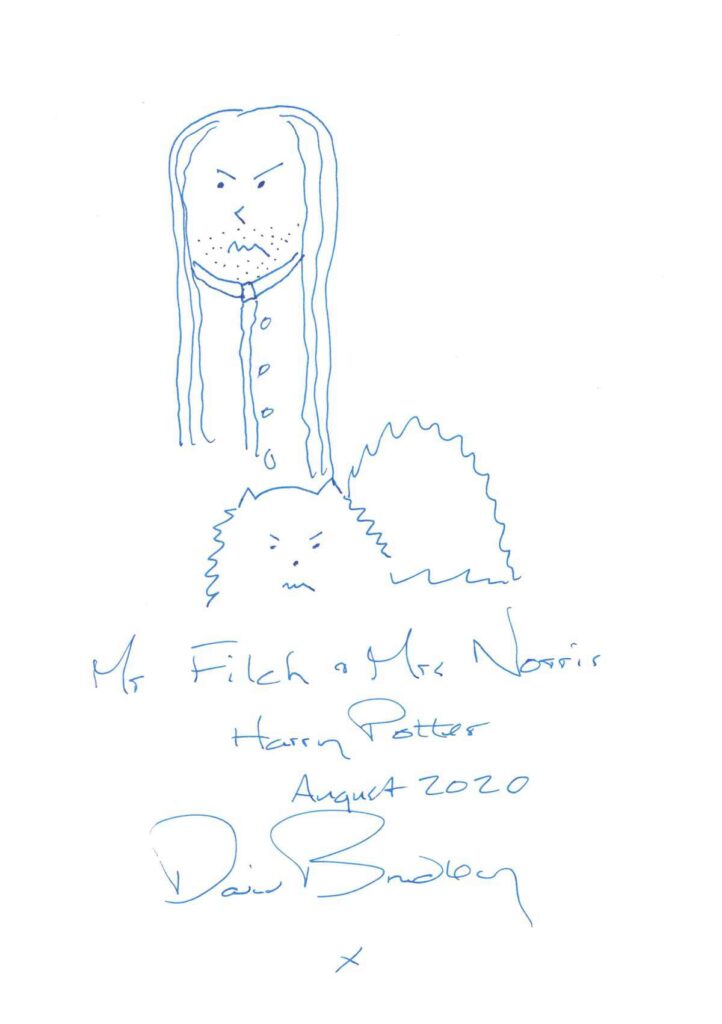 David Bradley returns to Doodle Day with another sketch of Mr. Filch and Mrs. Norris.

And lastly, Coltrane contributed what he calls a measurement sketch of a real-life antique clockwork ship that he recovered and restored himself! While Hagrid marvels at magical creatures, Coltrane clearly has an affinity for history and old engineering. 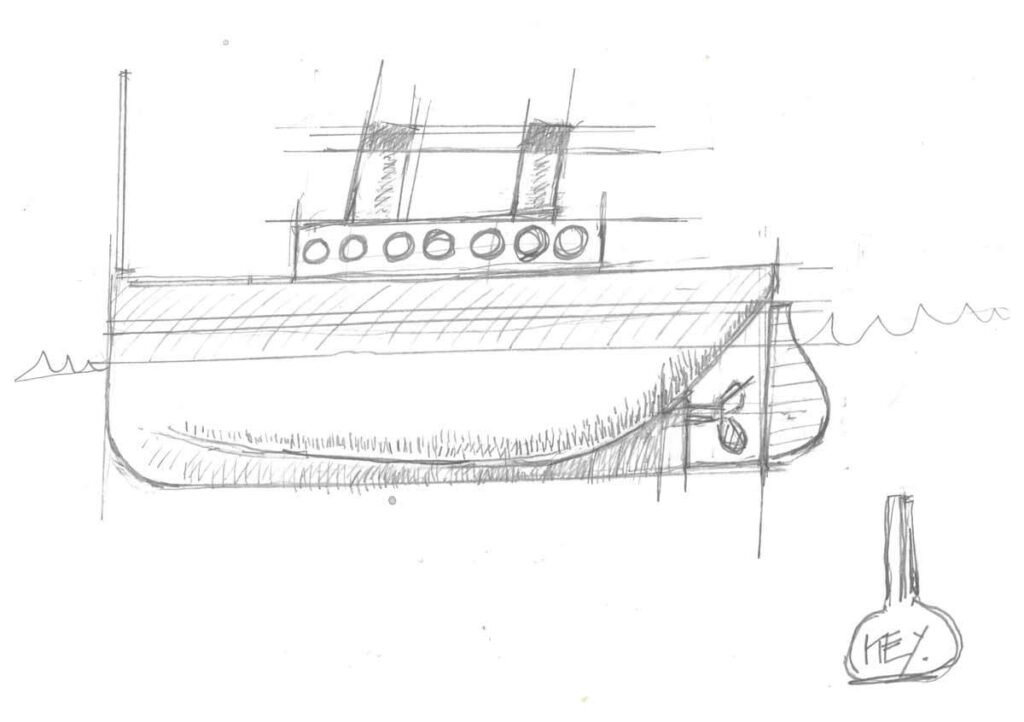 Robbie Coltrane shares a measurement sketch of a real-life antique clockwork ship that he restored himself.

You can check out the rest of the doodles in Epilepsy Action’s gallery. Once you’ve looked through all the doodlers and their doodles, you can head over to eBay to bid on your favorite one. The proceeds from these auctions will benefit Epilepsy Action, whose goal is to significantly improve the lives of people affected by epilepsy by giving support through chat and phone, providing supplemental resources, and most importantly, influencing lawmakers. If you simply aren’t a fan of art, you can still donate directly to the organization.

Between Coltrane, Bradley, and Wanamaker’s doodles, which do you prefer most and why? Of the actors from the Potter film series, whose doodle would you most want to see? Let us know in the comments.

Famous names from the worlds of entertainment and art have joined forces to support national charity Epilepsy Action. They have sketched unique artworks for an eBay auction which starts on National Doodle Day on Friday 17 September. The event celebrates its 17th anniversary this year.

The auction includes works from TV favourites Aisling Bea (This Way Up), Freema Agyeman (Dr Who, New Amsterdam), Alice Eve (Belgravia, Black Mirror), Celia Imrie, Jools Holland and Dame Maureen Lipman DBE alongside celebrated artists and illustrators such as R.W Alley (Paddington) and Axel Scheffler (The Gruffalo). Fans have until Sunday 19 September to bid on the original drawings. The proceeds from every doodle sold will help to support the 600,000 people living with epilepsy in the UK.

Philippa Cartwright, director of fundraising at Epilepsy Action, said: “National Doodle Day is a fantastic event [that] whips fans and collectors into a bidding frenzy. This is their chance to buy original artwork from celebrities, artists and designers, and every doodle sold raises vital funds for people affected by epilepsy.

“Every year we are overwhelmed with submissions from all kinds of doodlers. Since launching National Doodle Day 17 years ago, we’ve had over 1,500 celebrities and artists support us. After all the lockdowns, we can’t wait to unveil their new creations. Don’t forget to get bidding on Friday 17 September and all weekend!”

Since National Doodle Day began in 2004, doodlers far and wide have raised over £180,000 for Epilepsy Action, all to improve the lives of people with epilepsy. All the latest doodles are now available to view in the online gallery and on eBay from Friday.