We reported previously on The Magical Music of Harry Potter – Live in Concert, a concert experience touring across Europe. Right now, you can see the concert throughout the United Kingdom. If you are on the fence about buying tickets, we have five reasons you should experience this magical concert for yourself. 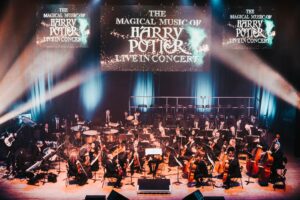 1. Enjoy music from across the entire franchise.

Music from all eight Harry Potter films and the Harry Potter and the Cursed Child stage show will be featured. Where else can you listen to it all performed by the London Philharmonic and Symphonic Film Orchestra?

2. All of your favorite Harry Potter composers can be heard in one concert. 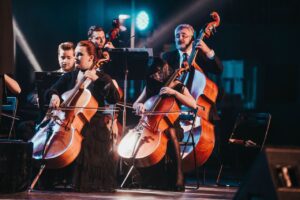 3. Not only is the show full of music – but it also comes with magical visuals.

You can experience the score of the franchise while viewing beautiful illusions from famous illusionist Rob Lake, laser displays, and lights. This adds to the magic of the show and creates a truly unique experience.

4. You can see Percy Weasley in person.

Chris Rankin, who portrayed Percy Weasley in the films, is a part of the experience for the United Kingdom tour dates. 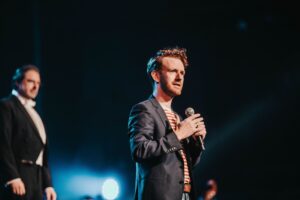 5. It is the perfect activity for the holiday season.

There is no better way to spend your holidays than listening to music from across the Harry Potter franchise while viewing amazing lights and seeing a member of the Weasley family.

If you’re ready to see this magical experience, you can still purchase tickets for a concert near you. There are some shows throughout the rest of December. Fear not – if you can’t make a December show, the concert tour returns to the United Kingdom in April. 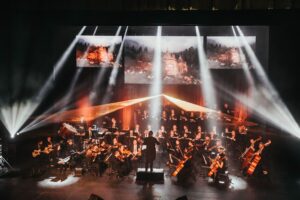 Tickets to view The Magical Music of Harry Potter – Live in Concert were sent to MuggleNet by Star Entertainment. All opinions belong to the reviewer.

*Disclaimer: The Magical Music of Harry Potter – Live in Concert is not affiliated with Warner Bros. Pictures.