We were first told about the upcoming Harry Potter video game Hogwarts Legacy back in 2020, and since then, its initial release date of 2021 has been pushed back to 2022 to give it more time for development. There are now rumors that the game’s release date is “much sooner than expected.”

Rumors surrounding the game have been going around for a while. Back in October, it was rumored that new footage of Hogwarts Legacy would surface by the end of the year. Then in November, new sources said that the game was due for release this fall. 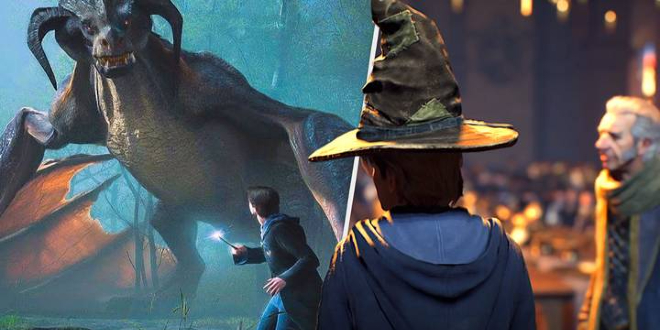 A still from “Hogwarts Legacy”

While we’re still waiting on an official release date, rumors are now claiming that Hogwarts Legacy might be coming sooner than expected.

According to “notable leaker and Twitter user” AccountNGT, Avalanche Software (one of the developers of Hogwarts Legacy) is currently looking to hire a localization producer, who will “lead work on localizing game files,” and this hints at an earlier-than-expected release date.

While not always the case, localization typically comes towards the end of a development cycle – which would suggest Hogwarts Legacy is close to being finished.

The support from Sumo Digital studios has really helped with the development. I got a date from another insider and hopefully it’s still on track, expect to see it sooner than expected

To add to this, another rumor says that we should expect Hogwarts Legacy on March 8. If this is the case, we should see a new trailer released soon.

For now, we’ll just have to wait patiently for more information to be released, and in case you need a reminder of the Hogwarts Legacy excitement that is yet to come, why not refresh yourself by watching the trailer below?

Let’s hope we don’t have too much longer to wait for the revelation of the official release date of the long-awaited Hogwarts Legacy.

It seems that the mill is churning out fresh, new rumors for us to sink our teeth into. The same leaker who provided the most recent rumors regarding Hogwarts Legacy, AccountNGT, is giving us another release window.

In a Twitter Q&A session, a user estimated that the upcoming Wizarding World-based open-world RPG should be released around Q3 of 2022 and asked AccountNGT to confirm, to which the leaker answered with a very succinct affirmation. This means that if we’re to believe this person, we should be getting Hogwarts Legacy between July and September this year. Unfortunately, this contradicts previous rumors of a March release date. The same Twitter thread confirmed that Warner Bros. should be making an announcement at some point in early 2022.

@Astrob0y081 – According to your late tweet you said the release is “sooner than expected”. Is it safe to say: Q3 of 22?

Additionally, it seems that the announcement that AccountNGT was referring to could be at Sony Interactive Entertainment’s State of Play in a few weeks. Sony’s State of Play is a livestream video game presentation primarily focusing on PlayStation video games. According to video game journalist Tom Henderson, Sony’s next State of Play event will be in February, where it’s planned that something big will be revealed. Henderson speculates that that big announcement could be Hogwarts Legacy. Apparently, he’s hearing that because the general reception to Harry Potter 20th Anniversary: Return to Hogwarts was very positive, Warner Bros. is itching to ride that wave of excitement.

In the above video, Henderson also corroborates AccountNGT, confirming that Hogwarts Legacy is expected to be released in Q3 or Q4 of 2022.

For good measure, AccountNGT went on to retweet Henderson’s speculation, adding more credence to the rumor. However, it’s important to note that this information hasn’t been confirmed by Warner Bros. or Sony.

In the upcoming weeks, we’ll have to pay attention to Sony and see if a State of Play is planned for February, and of course, watch it for the big announcement.

Do you think there’s any evidence to back these rumors? If there is a State of Play in February, do you think Warner Bros. will announce the release date for Hogwarts Legacy? Let us know in the comments.