The theater industry has suffered some hard hits during the COVID-19 pandemic, with many theaters and shows remaining temporarily closed for long periods, including the Wizarding World’s Harry Potter and the Cursed Child.

It looks as though things might be on the up and up for Broadway’s Cursed Child with the news that it was among approximately a third of Broadway shows that grossed more than $1 million in the week ending December 12, 2021. Other shows that helped make up this mix include Hamilton, Wicked, The Lion King, Moulin Rouge!, Tina, Six, Aladdin, The Book of Mormon, Hadestown, The Phantom of the Opera, To Kill a Mockingbird, and The Lehman Trilogy. 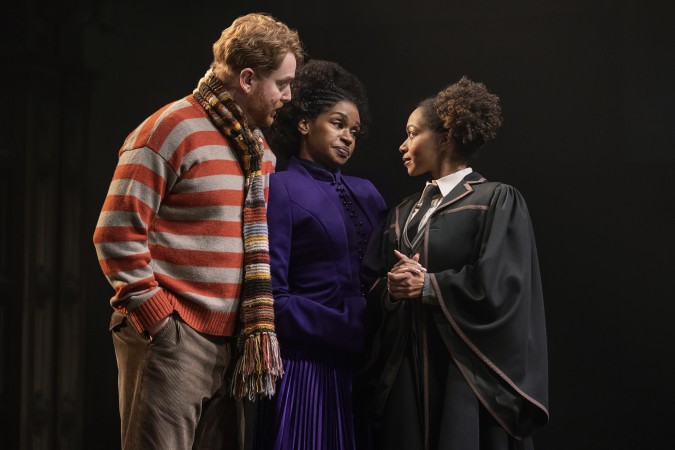 This is good news for the show, which was shortened from its original two parts of just over five hours to one three-and-a-half-hour-long play, leaving many fans skeptical of what it meant for the show going forward.

However, it sounds as though fans are keen to feast their eyes on this new, one-part version because the Broadway production did better in December 2021 than it did pre-pandemic, in December 2019.

Harry Potter and the Cursed Child seems to have benefited from its post-reopening trims. Previously a two-part play, Potter has been slimmed down into a one-part show, and the shorter version had weekly grosses of about $1.7 million in early December, ‘significantly better than it was doing during that same period in 2019.’

It was reported in September 2019 that although the two-part Broadway show of Cursed Child was “still earning the maximum amount of money that it could make from  selling every ticket at full price, its producers [had] been discreetly slashing ticket prices over the past year in an effort to fill the 1,622-seat Lyric Theatre.” In 2018, Cursed Child was bringing in a revenue of $2 million a week, whereas, by October 2019, it was only grossing just over $1 million a week.

We’re pleased to hear that Cursed Child has started to perform well again. Perhaps the emergence of the one-part play has indeed encouraged fans to rediscover the Cursed Child story in its new format.

Will you be heading back to the theater to watch Harry Potter and the Cursed Child as a one-part production?