Is it just us, or has there been a crazy amount of updates on Fantastic Beasts: The Secrets of Dumbledore lately? It’s been amazing to see more news pop up about the third installment in the franchise, and we’re getting more and more excited about the film’s release. The latest Secrets of Dumbledore-related news has come in the form of a new poster, but it’s not one you’ll see in the United States, and it could reveal even more details about the upcoming film.

At the end of February, the latest trailer for Secrets of Dumbledore was released, and it made some more questions pop up – most notably the one that concerns the whereabouts of Tina Goldstein. And while we now know that we might get a glimpse of her, thanks to the latest Japanese trailer for the film, there’s not much else we know about it, except that things get pretty heated between Albus Dumbledore and Gellert Grindelwald, and yes, we can’t wait to see all that drama unfold.

The film’s premiere is getting closer and closer, and a new Japanese poster for the film has been revealed. It looks completely different from the ones that were released along with the second trailer and leaves us with new things to speculate about. 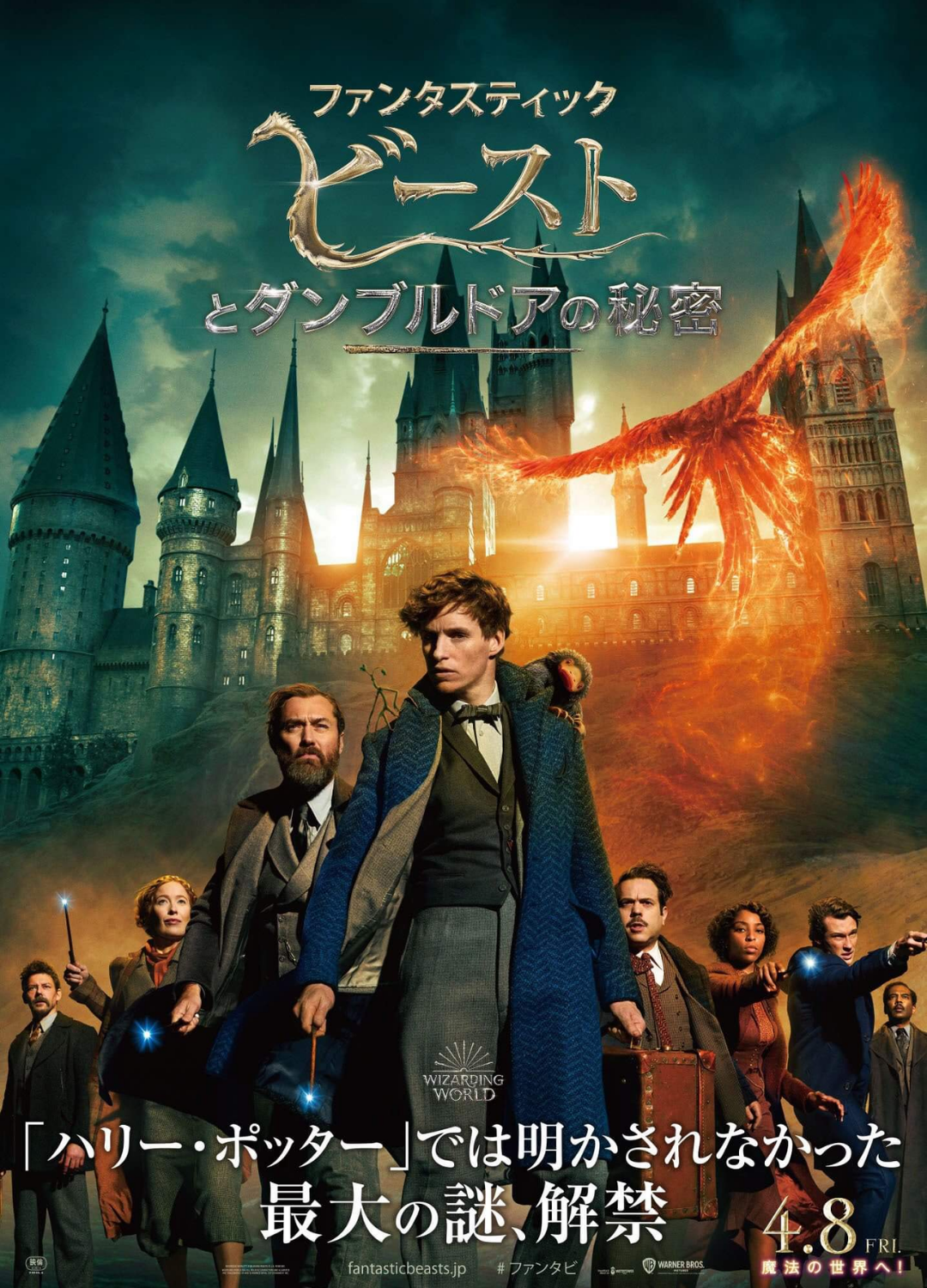 First of all, we love that Hogwarts takes up most of the background, along with Fawkes in all his splendor. If that phoenix could talk, we bet we’d know all Dumbledore’s secrets by now. We are, once again, just the teeniest disappointed that Tina is not featured in this poster either. What’s even more astonishing is that Grindelwald is nowhere to be seen, while he is one of the most prominent characters featured on the English-language posters. We wonder why he’s absent in this one. It could be that the intention with this poster was to simply show the “good” guys. Perhaps we’ll get another one that only features Grindelwald and his supporters?

While the previous poster featured various locations in the background, the Japanese version only shows Hogwarts. We might be a little biased, but this one might be our favorite yet. Having Hogwarts in the background brings back all the feels from the Harry Potter films. Could this background perhaps be a hint that a lot of the action will take place at the famous wizarding school? If that is indeed the case, this might just be the best film in the franchise yet.

What do you think about the Japanese poster? Do you think a lot of the action will take place at Hogwarts? Let us know in the comments.