With just over a month to go before the release of Fantastic Beasts: The Secrets of Dumbledore, we’ve got a new trailer to analyze and theorize over. Watch below to see what’s new in the new trailer!

Fans were also treated to a new poster to accompany the trailer, which shows Newt, Dumbledore, and Grindelwald rising above a phoenix in flame. Below, our ensemble of characters can be seen along with glimpses of locations in the film. 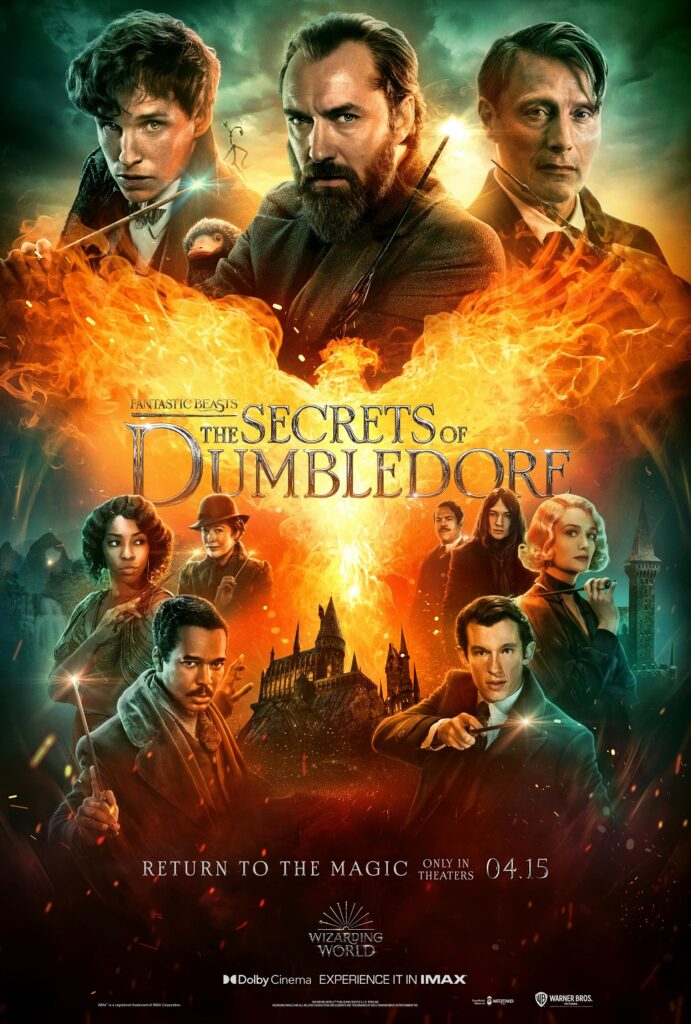 Gradually, we have gotten more Secrets of Dumbledore news. On Tuesday, February 22, the Fantastic Beasts social media accounts released 18 character posters, which included several new characters and finally, a name for the Niffler! However, fans were quick to spot that Tina Goldstein, portrayed by Katherine Waterston, did not receive her own character poster. Leading up to the release of the trailer, two promotional videos were posted by the official Fantastic Beasts accounts, one featuring Jude Law (Albus Dumbledore) and one featuring Dan Fogler (Jacob Kowalski).