Sometimes, it’s hard to accept that Rupert Grint is no longer the 11-year-old Ron Weasley we’ve all come to love. He recently became a father, and along with that, other pesky adult problems have come to knock on his door, so to speak.

Grint is now dealing with a slight case of hypochondria, a blurry right eye, and accidentally teaching his daughter a swear word. Adulting is hard, y’all.

As most Harry Potter fans know, Grint stars in Servant, a thriller series with a story line that will keep you up at night. Grint plays the role of Julian Pearce, the uncle of a baby that died in a car accident. The parents hire a nanny to look after the baby, which in reality is a therapy doll. Grint told the New York Times that becoming a dad in the midst of doing the show opened his eyes to the loss parents experience when they lose a child. He also admitted that having his daughter (Wednesday) has made him a bit of a hypochondriac, and he’s become more aware of his own body.

This awareness is what made him realize he had a bit of a blur in his right eye. He tried to go in for an eye test at Moscot on New York City’s Lower East Side one snowy Sunday afternoon, but the optometrist wasn’t in, so he tried to test his eyes himself with an eye chart in the room.

Although the sales assistant told him that he almost got all the letters right, it seemed like Grint might need glasses after all, which didn’t seem to intimidate him nearly as much as the number of glasses he had to choose from. He jokingly said that choosing a frame was very much like choosing a wand, and anyone who’s ever had to get glasses knows that that is a very accurate description. At one point, he declined a pair that looked very much like Harry Potter’s, but in the end, he did make a decision and got a pair of sunglasses too. Both had tones of brown, and we bet Grint looks excellent in both. 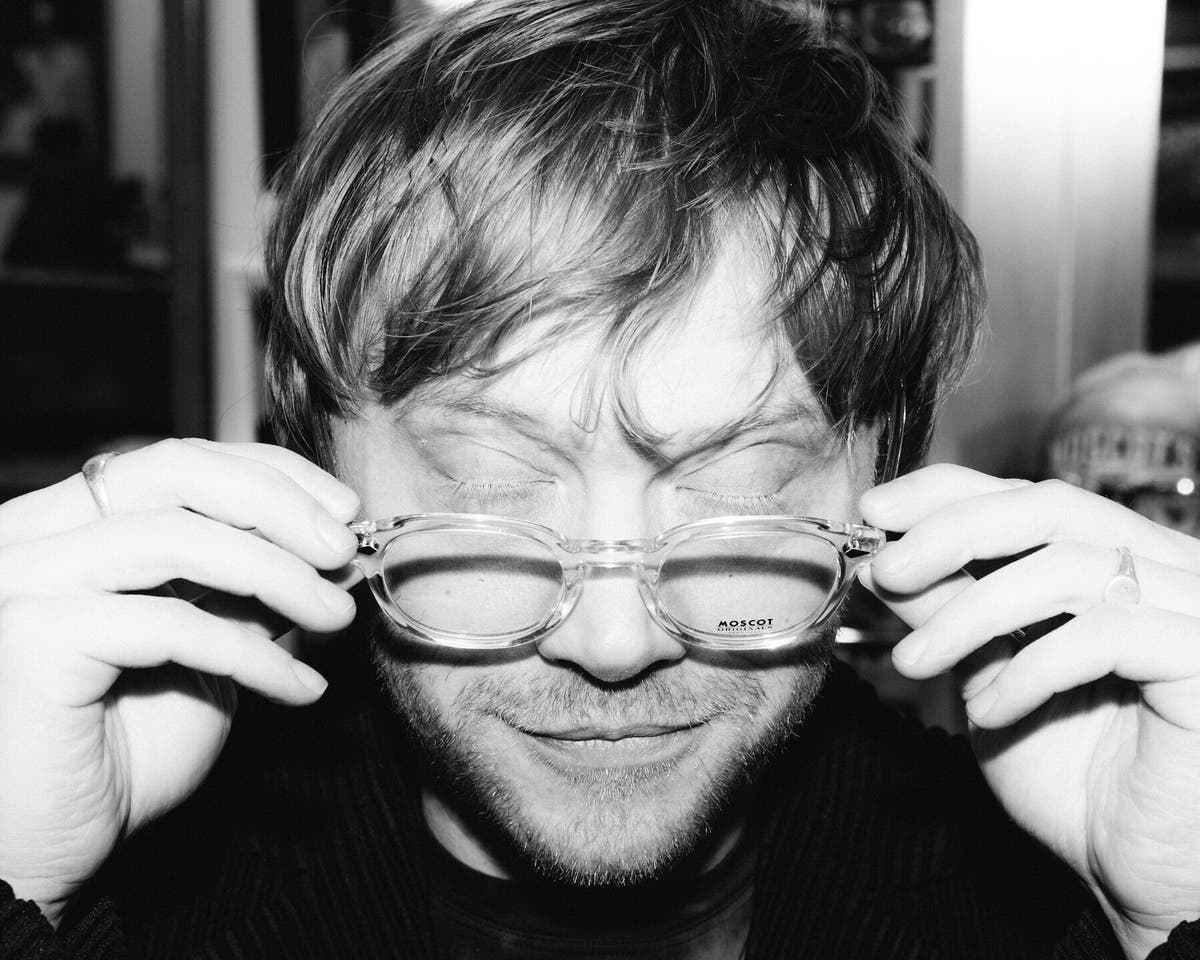 Rupert Grint tried on dozens of eyeglasses at Moscot on the Lower East Side.

When he’s not shopping for eyewear, he spends time making sure his daughter knows all about Harry Potter. He told Jimmy Fallon on The Tonight Show that Wednesday is no stranger to the wizarding world.

I’ve already started showing her the trailers. She has a wand and a PEZ dispenser with my head on it.

And while most of us would have loved for her first words to be something related to the wizarding world, Grint admitted that, shortly after she learned to say “dada” and “mama,” he accidentally taught her the F-word. Wednesday often spends time in his dressing room while he works through his lines for his character on Servant – and Julian swears a lot.

Now she just says it whenever she’s excited. We were in the toy store today, and she was just walking around dropping it.

Hopefully, Wednesday’s second F-word will be something like “Flitwick” or “Fudge Flies.”