Comic Relief’s Red Nose Day fundraiser is set to return to televisions in the United Kingdom on March 18. While we all should be tuning in and helping out in any way we can, Potter fans should be especially excited by the participation of Wizarding World alumni. It was announced last week that Comic Relief cofounder Sir Lenny Henry, the voice of the shrunken head in Harry Potter and the Prisoner of Azkaban, is returning to host the event alongside David Tennant, who played Barty Crouch, Jr., in Harry Potter and the Goblet of Fire. And with the impending release of Fantastic Beasts: The Secrets of Dumbledore, Jude Law (young Albus Dumbledore) and Eddie Redmayne (Newt Scamander) will also be taking part in the charity event.

Potter alumni Henry and Tennant will be returning to host the telethon that is set to air on BBC One. They will be joined by British television personalities Zoe Ball and Paddy McGuinness alongside singer Alesha Dixon. 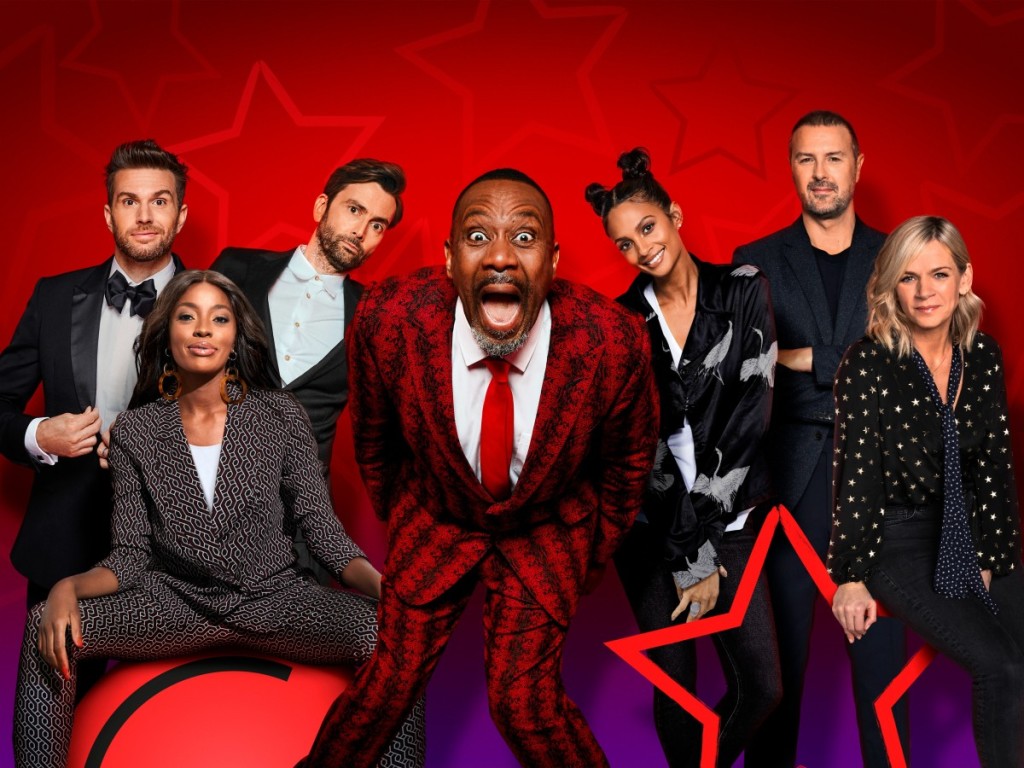 Regarding this year’s festivities, Henry teased viewers about the many guests they have in store:

The audience can expect more stars than you can shake a stick at, loads of passionate and exciting films demonstrating where the money goes and why. Plus music, laughter, great hosts, including me, Zoe Ball, Paddy McGuinness, Alesha Dixon – and more…this is going to be huge! Please tune in, Red Nose Day – March the 18th…you might even see some celebrities singing opera LIVE…yikes. Be there.

On returning to cohost the event, Tennant expressed his love for the opportunity to simultaneously have fun and do some good.

It’s one of those things that makes you proud to be British. The mix of being daft and being big hearted [sic] seems to be something we do well. It’s always an honour and a joy to be involved.

Of particular interest to Potter fans, we can expect to see Jude Law and Eddie Redmayne in “Schools Thank You,” wherein the two actors surprise kids at Leavesden Studios, the filming location of the Harry Potter movies.

Stephen Fry, the narrator of the British Harry Potter audiobooks, will lend his pipes to a bit called “Bedtime Stories for Comic Relief,” where he and other celebrities will read “less child-friendly fare.”

Since 1988, Red Nose Day has raised money to benefit charitable organizations that fight against poverty, violence, and discrimination. As of 2021, Comic Relief has successfully raised over £1 billion to help those in need. This year, some of the proceeds will go toward supporting the people in Ukraine.

Are you excited to see David Tennant return to cohost Red Nose Day? Do you think Law and Redmayne will surprise us with some clips from Secrets of Dumbledore? Let us know your thoughts in the comments.