Fans will have been excited to see the return of Wizarding Wednesdays to the Fantastic Beasts social media accounts yesterday. However, more inquisitive fans will have spotted another fact to get excited about.

Wizarding Wednesdays have been giving fans in the United Kingdom and Ireland the chance to win some amazing prizes and once-in-a-lifetime experiences ahead of the release of each Fantastic Beasts movie. There are six top prizes on offer in the lead-up to the release of Fantastic Beasts: The Secrets of Dumbledore, including the chance to attend the world premiere of the movie.

While the description of the prize doesn’t give too much away, delving into the terms and conditions for the competition reveals that the premiere will take place in London on March 29. There are no further details as of yet, but be sure to mark your calendars.

Here are the other prizes up for grabs during Wizarding Wednesdays:

Tickets for the world premiere prize will be drawn on March 10, and all other prizes drawn on April 14. Six runners-up will each win Dumbledore, Newt, and Grindelwald wands from the Noble Collection.

#WizardingWednesdays returns to celebrate the release of Fantastic Beasts: The #SecretsofDumbledore!

Of course, London has hosted Fantastic Beasts premieres before. However, it has always hosted the “second” premiere, with the world premiere taking place in the locations where the majority of the movie is set. As such, the premiere of Fantastic Beasts and Where to Find Them was held in New York City and Fantastic Beasts: The Crimes of Grindelwald in Paris.

While Secrets of Dumbledore likely has scenes set in the UK, from plot details previously released and the trailer, we are surprised to learn that the world premiere will not be taking place in Berlin. While fans in Germany might be disappointed, we suspect this decision might be related to current traveling conditions due to the pandemic. However, that doesn’t stop us from keeping our fingers crossed for premieres in cities other than London!

Elsewhere in the Muggle world, fans in China will be celebrating today with the news that Secrets of Dumbledore has got the green light for release in the country. According to Deadline, the movie doesn’t yet have a release date, but the Warner Bros. Weibo account encouraged fans to “stay tuned.” A new poster was also released, which you can check out below. 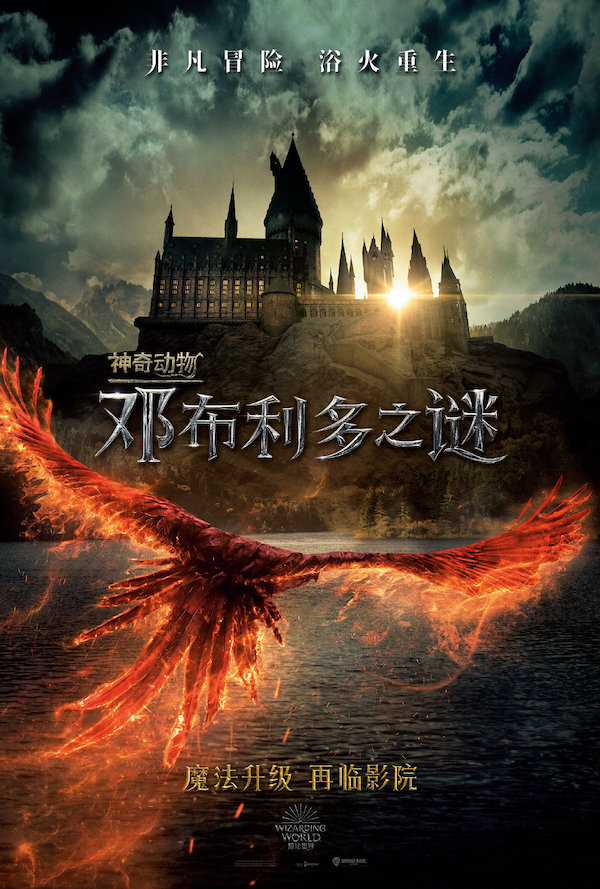 While Felix Felicis is banned for use in competitions if you’re entering Wizarding Wednesdays in the run-up to the release of Secrets of Dumbledore, we wish you the best of luck!