The new Nintendo Switch Sports has been launched, and Harry Potter actors Tom Felton and Matthew Lewis teamed up to celebrate its release. 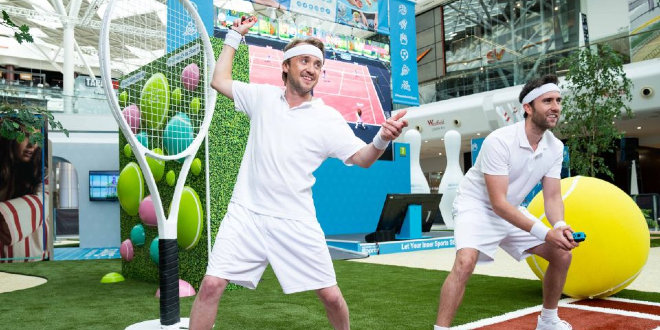 In the Harry Potter films, the actors’ characters couldn’t have been more different, with Draco Malfoy being a manipulative and bullying Slytherin who often chose Neville Longbottom as his target. However, in real life, the pair seems to get along just fine, with the two enjoying each other’s company at the event. Tom and Matthew enjoyed playing games of bowling, chambara, soccer, and tennis.

Had an amazing time reuniting with my old chum @Mattdavelewis this weekend at the @nintendouk Switch Sports Park.

I’m not going to let Lewis live this one down for a long, LONG time. #NintendoSwitchSports #ad pic.twitter.com/s2b3dXKIs1

Continuing the celebration of the game’s release, Nintendo fans were invited to try out the new game at an event at Westfield in London, England, between April 29 and May 1 and take part in a social media contest hosted by Nintendo, with ten lucky winners receiving a £100 ($125) voucher to use at Westfield. To enter the contest, they had to follow Nintendo on Instagram or Twitter and share a photo of them at the event stand using the hashtag #NintendoSwitchSports.

For those of you who are more into Potter than sports, you can look forward to the release of the long-awaited Hogwarts Legacy, which is supposedly due for release toward the end of this year.

Nintendo Switch Sports, which is the successor to the Nintendo games Wii Sports and Wii Sports Resort, is available to buy now and has “received generally positive reviews from critics.”