After plenty of speculation about when and where fans might get their first real look at Hogwarts Legacy, the upcoming Wizarding World video game was shown during today’s PlayStation State of Play broadcast, with “an extended first look at gameplay” beginning at 5:00 p.m. ET, according to IGN.

IGN broadcast the Hogwarts Legacy State of Play stream on multiple outlets, including Twitch. PlayStation itself hosted the livestream on YouTube, and you can find it embedded below.

The video description provided some additional information before the stream began.

Avalanche Software and Warner Bros. Games are happy to partner with PlayStation to bring you a special edition of State of Play entirely dedicated to Hogwarts Legacy. The show will run for about 20 minutes, featuring over 14 minutes of Hogwarts Legacy game-play [sic] captured on PS5 and concluding with some insight from a few members of the team at Avalanche Software who are bringing the Wizarding World to life.

The gameplay video and subsequent commentary from the Avalanche Software team revealed plenty more about the game. We now know that it is set in the late 1800s and that its main plot is centered around the role of a Professor Figg, who is interested in a goblin rebellion. Players will begin the game as a fifth-year student who is just starting at Hogwarts for the first time. As might be expected at Hogwarts, both classes and side assignments will be included, but many of the characters will be original to the game. (Others, such as Nearly Headless Nick, will appear.)

Dueling will play a central role, including many opportunities to customize a character’s combat style, talents, and skills to the player’s liking. Players will be able to loot, buy, and craft items, and they will be able to hone their skills in Potions, Herbology, and Care of Magical Creatures. Other gameplay elements, such as broom flight, were shown, suggesting that this will make travel to locations beyond Hogwarts – including multiple wizarding hamlets – easier in the open-world structure of the game. Similarly, players will be able to make friends with other students, have them as companions, and learn their stories.

Another version of the State of Play video above was uploaded following the original and includes English-language subtitles.

Here, the professor’s name is given as “Professor Fig” rather than “Figg.” This could be a misspelling, or it could mean that he is not related in any way to the character Arabella Figg, whose surname in the Harry Potter series is possibly her married name. The goblin at the heart of the goblin rebellion in question is Ranrok, while new student characters include Gryffindor Natsai Onai, “a brave adventurer driven by the justice she seeks”; Hufflepuff Poppy Sweeting, who “has a kind heart and loves magical beasts”; and Slytherin Sebastian Sallow, who has “a troubling family secret.” A house-elf named Deek is also mentioned as an ally.

We’ve only scratched the surface here of what was teased today, so be sure to watch the State of Play.

Warner Bros. Games has provided us with some additional artwork and a list of the platforms on which Hogwarts Legacy will be available. These are “PlayStation®5, PlayStation®4, Xbox Series X|S, Xbox One consoles, Nintendo Switch™ system and PC.” 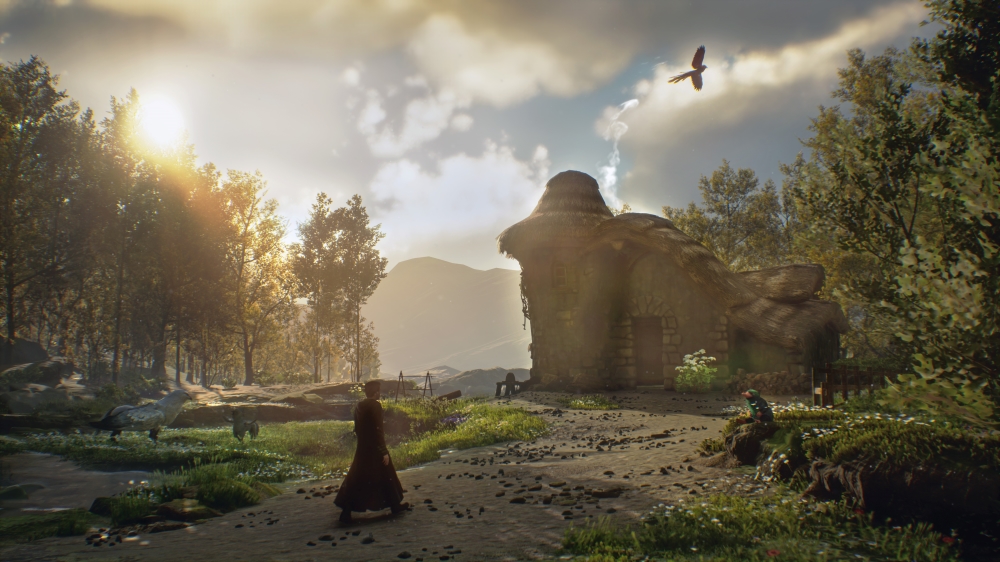 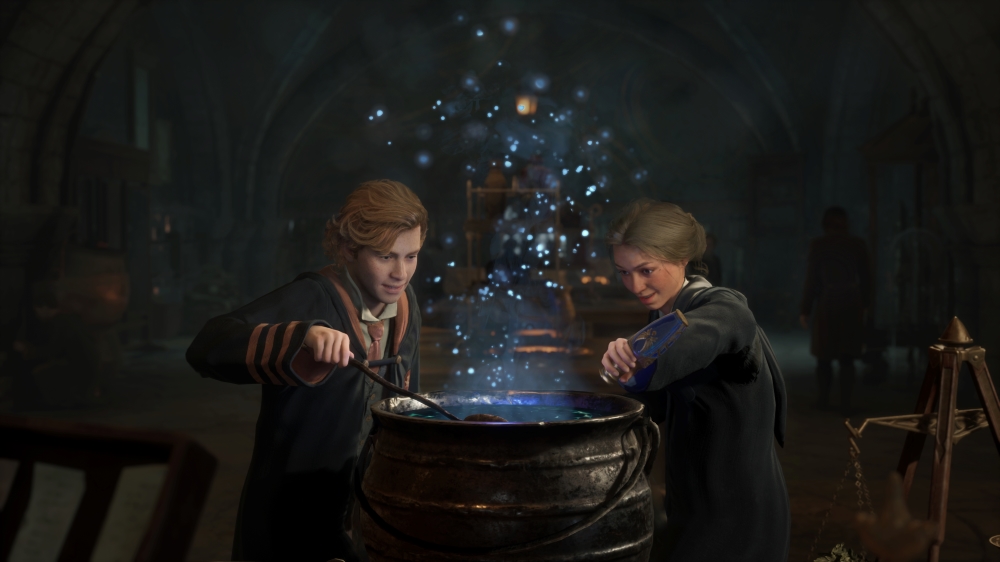 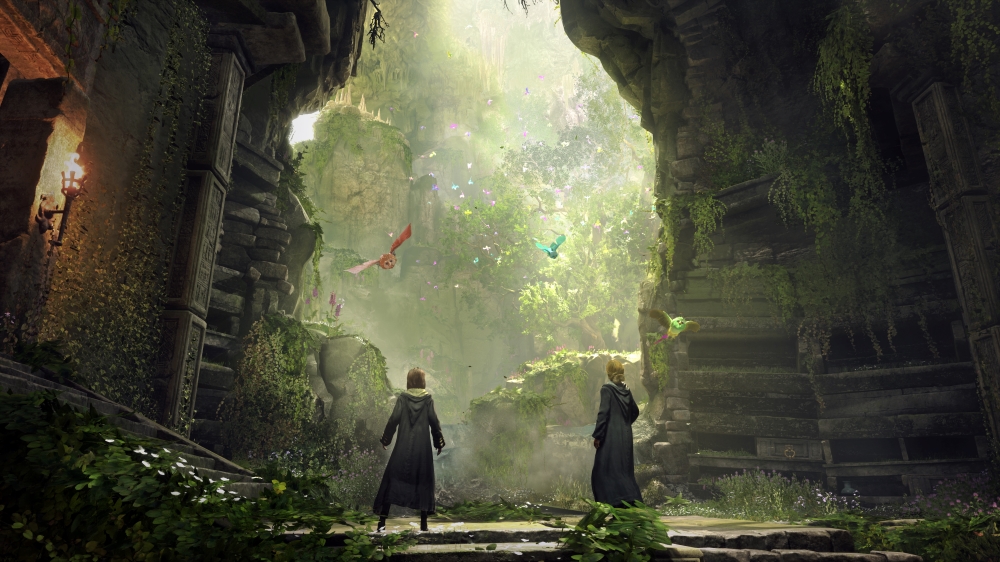 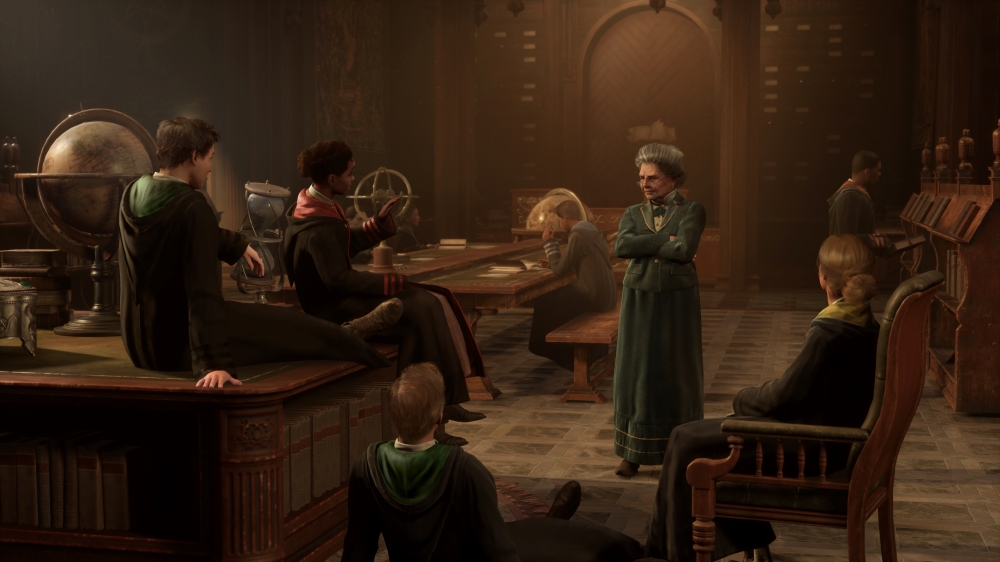 What did you think of the broadcast? Are you looking forward to Hogwarts Legacy? Tell us your thoughts in the comments below.