As previously announced, the first division of the European Quidditch Cup (EQC) was held earlier this month. 32 qualified teams met in Limerick, Ireland, on June 4–5.

Teams were divided into eight groups of four. On the first day, teams played against each other in their groups. Based on their results, they were divided into two brackets for the second day, upper and lower.

At the end of the day, two teams managed to get into the final battle: the Werewolves of London Firsts from the United Kingdom and DNA Quidditch Club from Italy.

Both teams were the pride of their countries. The Werewolves of London Firsts already won the British Quidditch Cup in the community division. DNA Quidditch Club looks like a new team, but actually, it was founded in 2017 as Manticores Modena. Some players from Turin joined in 2020; they then formed DNA Quidditch Club and won the Coppa Italia, the Italian national championship. 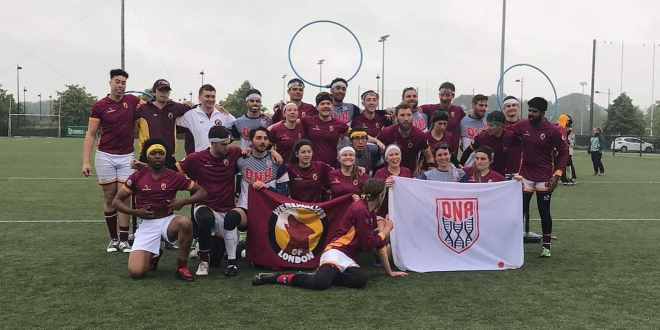 Limerick can rest for a while, but not for long. The IQA European Games will be held in the same city on July 22–24.