Major League Quidditch (MLQ) is a professional quidditch league seeking to raise the profile of Muggle quidditch. It has standardized schedules, high-level officiating, in-depth statistics, and live and recorded videos of all games.

One of the standardized elements in the MLQ schedule is usually the SuperSeries. In a SuperSeries, three teams from the league meet at one location on a single weekend to play against each other three times. These SuperSeries aren’t part of the MLQ schedule this year in the first half of the season, as was the case last year. Instead, only two teams have been meeting and playing against each other three times in one day. This is because MLQ now has 16 teams, and that has changed the structure.

The first time teams met this year was on the opening weekend on June 4. The New York Titans played against the Washington Admirals in Hoboken, New Jersey, and won the first two games. The Washington Admirals won the third. The Toronto Raiders, a Canadian team that couldn’t participate last year, played against the Cleveland Riff in Toronto, Ontario, and won all three games. It was no surprise, meanwhile, that the Austin Outlaws, last year’s champions, won against the League City Legends three times in Austin, Texas. 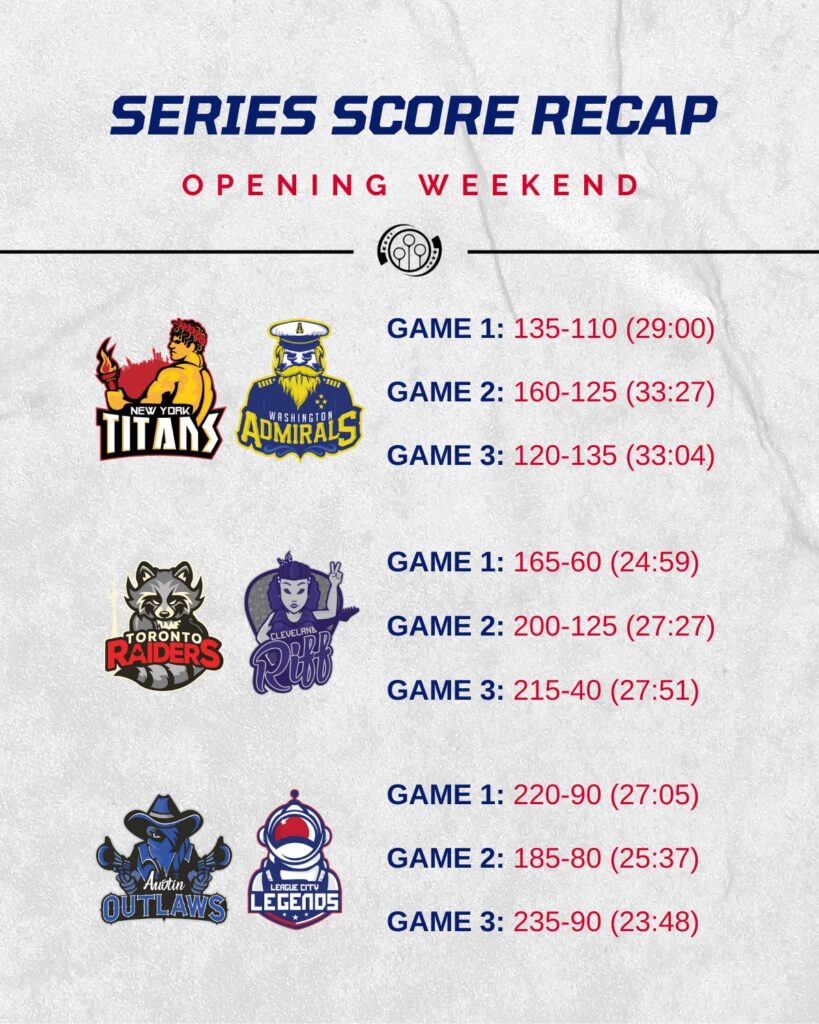 The next week, on June 11, another six teams met and played against each other. The Boston Forge played with trial expansion team the Charlotte Aviators in Boston, Massachusetts, and won all their games. The Minneapolis Monarchs played against the Detroit Innovators in Detroit, Michigan, and won three times. The same went for the San Antonio Soldados, who won against the New Orleans Curse in San Antonio, Texas. 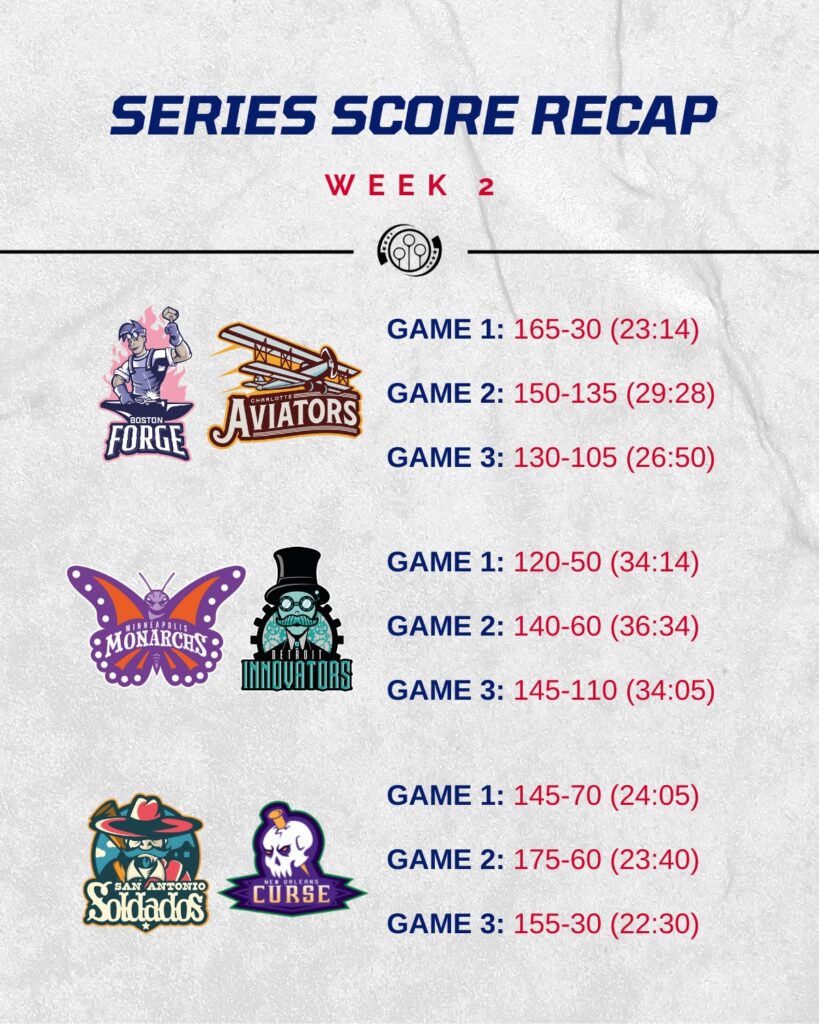 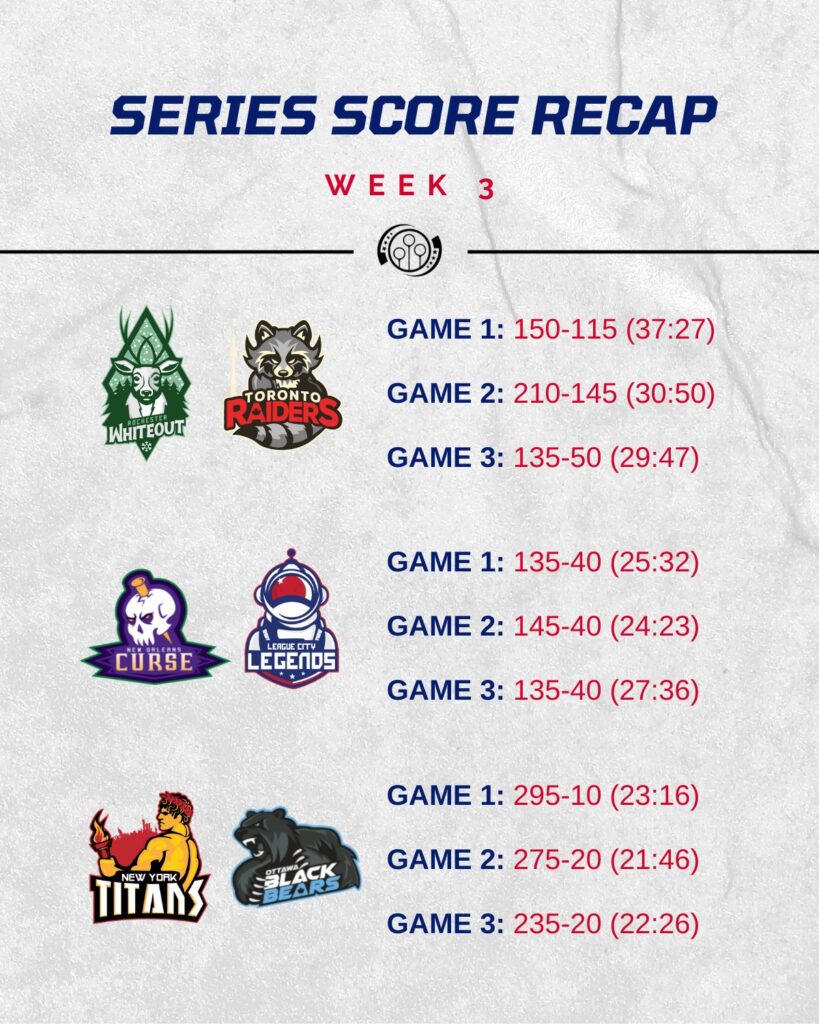 The last MLQ games were played last weekend, on June 25. The Austin Outlaws won all its games against the San Antonio Soldados in San Antonio. The Detroit Innovators didn’t follow this innovation and lost against the Indianapolis Intensity in Indianapolis, Indiana. The most interesting were the games between the Boston Forge and the Washington Admirals in Boston. The Washington Admirals won the first game; the Boston Forge won the second; and the third game was suspended, and both teams ended it with a tie. 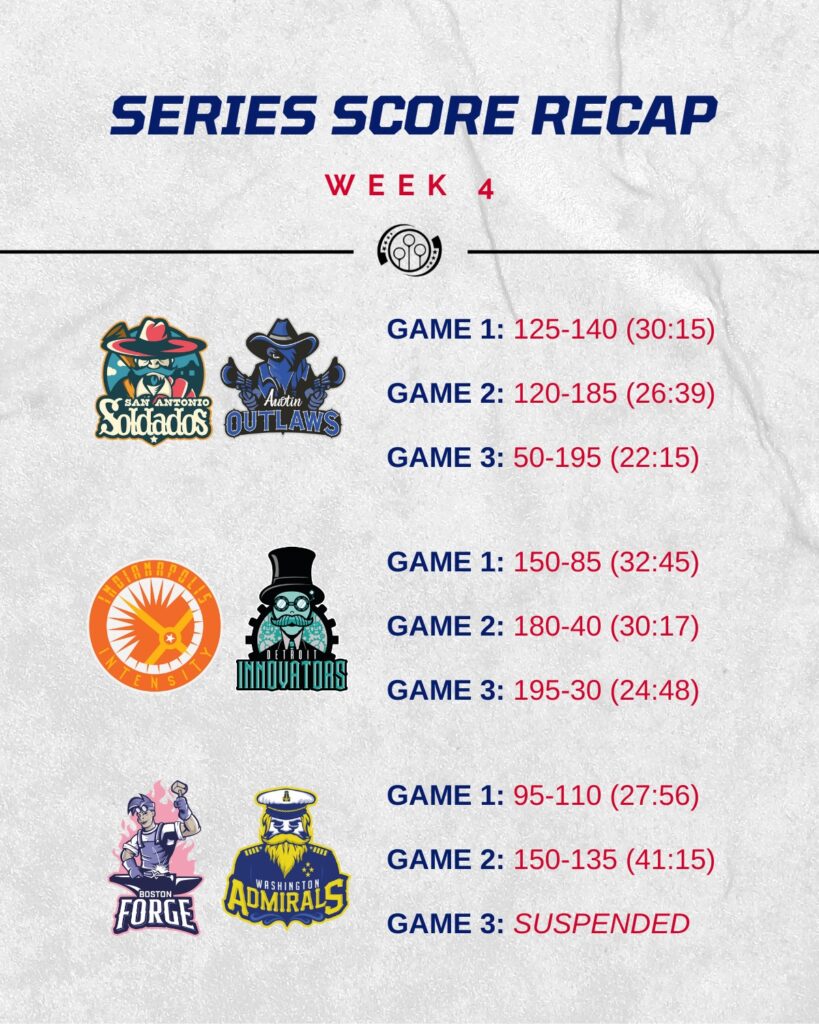