Since writing the “prequel” to this article, there have been some political shifts around the world, and The Quibbler thought it was high time we offend you all again with round two of Sorting current world leaders into Hogwarts Houses. If you haven’t read part one, I recommend you check that out. Certain polarising figures caused a bit of a ruckus in the comment section, and our editor got sacked. Our new editor doesn’t know this yet, so here we go!m

To recap how this works, I started by choosing politicians at random and then carried out the bare minimum of research on each leader. I used the usual last-minute-school-assignment tools: Wikipedia, recent articles, Google searches, as well as glossing over how they were portrayed in the media. What that information stored up in my noggin, I answered WizardingWorld.com‘s Sorting Ceremony questions for each individual, answering how I thought they would, and found out which (in)famous leaders I shared Hufflepuff House with. Once again, being surprised by the results.

Saara Kuugongelwa, or Saint Saara, as she should be known, is not only a fierce advocate for gender equality; she spent her 51st birthday handing over donations of beds and mattresses to Dr. Fischer Primary School’s hostel, thus enabling more students to study at the school. Education is ranked amongst the highest priorities for her government, and Saara keeps a tight hold on the country’s purse strings to make sure the budget for schools is accounted for. Her strong sense of justice and propensity for hard work gives her House a great name. Go Puffs!

With a background in economics and trade, as well as coming from a long line of politicians, it would seem Fimuo has his new role as PM covered. He certainly made his plans to strive for a new form of capitalism and reduce income disparity clear, which is great; however, he falls short at a few points, especially surrounding same-sex marriage, being criticized for his slow response to accepting this important issue. Fumio isn’t always popular with the public either – in an effort to get down with the youths, he posted a picture to social media of his wife serving him dinner. Call me crazy, but I think in these modern times, if your wife cooks you dinner, you should at least offer her a seat at the table as well. I hope that some of that Ravenclaw wit and wisdom comes through if he ever decides to use social media again.

It’s not all bad, though; Fumio is a fan of the manga series Demon Slayer and has promised to financially support the Japanese animation industry during his premiership. 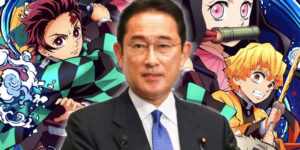 With piercing blue eyes and a full head of hair, 80-year-old Sergio Mattarella is an Italian dreamboat. He has one of the highest likability ratings amongst his citizens, which was emphasized by the fact that he wasn’t going to run for a second term, but Italians voted for him anyway. Charm and popularity aside, it was hard not to pigeonhole Sergio as an Italian stereotype. I’ll just say that he loves football (soccer for our US friends), red wine, and his brother Piersanti, former President of Sicily, was killed by the Sicilian Mafia in 1980. Mamma Mia!

Nicknamed “the bulldozer,” Andersson is Sweden’s first female prime minister and the country’s first female leader since 1720. She gained her nickname by being noted as rather blunt and efficient. However, Magdalena is also an indecisive leader, quitting hours after she was elected as PM due to a budgeting issue only to flip that decision a few days later. Perhaps Andersson can use her budget to address the gaps the pandemic exposed in Sweden’s welfare system.

The man of the minute. Are we really surprised that Zelenskyy is a Gryffindor? Aside from the heroic, Churchillian efforts for his country during their time of need, Zelenskky has an interesting back story. A law graduate who dipped out of his degree initially to become an actor, he has an array of fantastic TV and comedy work under his belt. He starred in a popular Ukraine TV show, “Servant of the People,” which once made a joke about a certain world leader, causing the show to be canceled in Russia. Zelenskyy also donned some dancing shoes to win Dancing with the Stars, and if you want to deep dive into his comedy past a little more, you may find a skit of him and his comedy partner playing the piano without their hands.

That aside, Zelenskyy is a popular leader. He has positioned himself as an anti-establishment and anti-corruption figure. This dude definitely embodies the courage, bravery, nerve, and cheekiness of a Gryffindor.

Oh, Joe. Like the guy or not, I felt it would be best to let your imagination do the work for this one. (Plus, I didn’t want our new editor to get fired for too many controversial comments – as fun to read as they are!)

What do you think? Is Joe a red and gold man, or does he suit another set of House colors? No wrong answers.

A Dirigible Plum is a rare delicacy that few witches and wizards have the pleasure to enjoy. This Quibbler section takes inspiration from the Muggle satirical publication the Onion and includes only the most refined and serious of topics in the wizarding world.
Want more posts like this one? MuggleNet is 99% volunteer-run, and we need your help. With your monthly pledge of $1, you can interact with creators, suggest ideas for future posts, and enter exclusive swag giveaways!
Support us on Patreon