A complete set of the Harry Potter series is scheduled to be auctioned off next week. Now, these books wouldn’t be going under the gavel if there weren’t something special about them. This set of all seven books consists of first editions signed by the author herself. Books like these are not only rare but will often go to auction with a price tag well into the six-digit range.

The signed first-edition set is being sold by Christie’s, a renowned British auction house in the business since 1766. According to the company, “No other complete set including the rare first edition, first impression of Harry Potter and the Philosopher’s Stone has appeared at auction since 2014.” 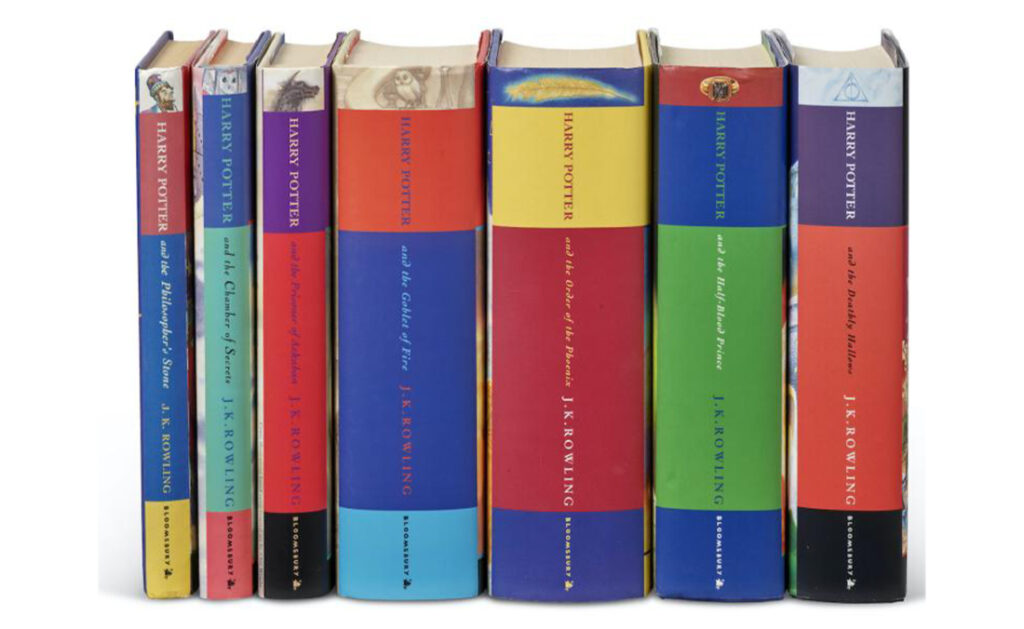 While other antique fanatics will pay good money for works of art, books like these are worth more than gold to literary collectors and bookworms alike. Christie’s has set the estimated auction price at £100,000–£150,000 ($120,000–$180,000). Of course, if there are even a few determined bidders, the price could reach much higher. In early June, Christie’s offered a first edition of Philosopher’s Stone in a private sale with a hefty price of £200,000. Heritage Auctions in Dallas, Texas, sold a copy of the series’ first book for an impressive $471,000 last December.

All seven books, which are hardcover bound, came to Christie’s from Livraria Lello. A unique bookstore in Porto, Portugal, Livraria Lello has been hailed as “one of the most beautiful bookstores in the world” and has been standing for more than 100 years. The bookstore has pledged a portion of the proceeds from the auction of the signed collection of Harry Potter first editions to Lumos. The organization, founded by the author of the series, strives to ensure that children who have undergone a family separation are given opportunities to be “raised in a safe, loving, family home.”

Bidding for the one-of-a-kind set starts on July 13 on the Christie’s auction website.