While all seven of the Potter movies were predominantly filmed at Warner Bros. Studios in Leavesden, Hertfordshire, it’s no secret that the production also traveled across the length and breadth of the United Kingdom to find locations to help bring the wizarding world to life. Visiting filming locations is a way for fans to connect with their favorite movies or TV shows, and new research has revealed exactly which destinations in the UK have been made popular by their roles on the big (or small) screen.

The team at holidaycottages.co.uk used Tripadvisor to compile a list of locations that have the most mentions of films or TV shows in their reviews, with three Harry Potter filming locations making it into the top ten.

The highest-ranking Potter location is Glenfinnan Viaduct in Scotland, which is placed at number six on the list, with a total of 52% of reviews containing a mention of the series. The Glenfinnan Viaduct is, of course, recognizable for an iconic scene in Harry Potter and the Sorcerer’s Stone, which shows the Hogwarts Express transporting students to Hogwarts for the new school year. Fans from across the world travel to this location in the hope of re-creating this magical movie movement by watching the Jacobite cross the Viaduct, and it’s so popular that recent safety concerns have led to the development of more parking spaces near the site. 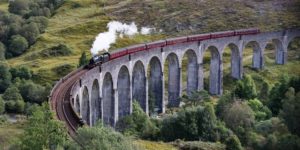 Coming in at number seven on the list, and just below the Glenfinnan Viaduct, is Oxford University’s Christchurch College, which was used for some interior Hogwarts scenes in the first two Potter movies. A total of 41% of reviews for Christchurch College reference Harry Potter, which surely represents the number of visitors who are hoping to create their own magic by walking the halls of Hogwarts. 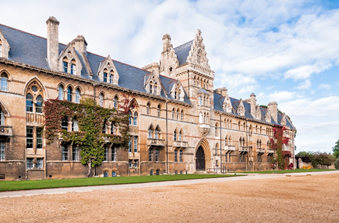 Taking the last spot in the top ten is Alnwick Castle, known for being the location of the Gryffindors’ and Slytherins’ first flying lesson at Hogwarts. According to the research, 38% of Alnwick Castle reviews mention Potter, which isn’t surprising given its prominent place in Sorcerer’s Stone. 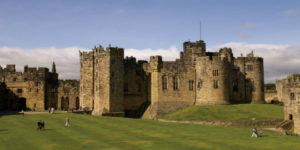 While the top spot on the list of top ten locations made famous by their on-screen appearances isn’t a Potter location, it does have a link to the Wizarding World. St Mary’s Church in Bampton was used in the TV series Downton Abbey, which starred Dame Maggie Smith (Professor McGonagall) as Violet Crawley, Dowager Countess of Grantham. With 85% of reviews mentioning Downton Abbey, it’s clear that fans are keen to experience their favorite show in person! Some of the other TV shows whose filming locations appear on the list include Game of Thrones, Sherlock, and Outlander.

Shannon Keary, digital PR manager at holidaycottages.co.uk, was excited to share the findings of this work, particularly because it highlights the range of UK landmarks and landscapes used across film and television:

It’s really exciting to see that so many of our favourite TV shows and films were filmed right on our doorstep. The UK has so much to offer in terms of natural beauty, wonderful history, and grand buildings.

Filming locations are a core part of every fandom because they represent a gateway into the fantastical worlds of our imaginations. We hope that fans will be able to experience the magic of their films and television shows again by visiting these locations after the pandemic is over.

Be sure to check out more about this campaign and explore other filming locations in the United Kingdom and worldwide that have appeared in some of your favorite shows and movies.

Is there a Potter filming location that you really want to visit? Have you taken trips to any other movie or TV locations across the world?

Star Attraction: 10 obscure places in the Uk that were made famous by movies and TV shows

Not every movie and TV show [is] filmed in Hollywood, and new research reveals the obscure UK locations made most popular by their appearances in film and TV, including Harry Potter, Outlander and Downton Abbey.

The research, conducted by holidaycottages.co.uk, used Trip[a]dvisor to calculate how many of a location's total reviews mentioned a specific film or TV show. They then identified the top ten filming locations with the highest percentage of mentions of shows or movies in their reviews. 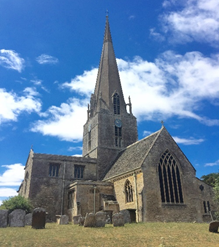 Of all the filming locations in the UK, the quaint St Mary’s Church in Bampton, Cotswolds, has the highest proportion (85%) of TV show-related reviews. The whole village of Bampton was used to film the fictional village of ‘Downton’, with St Mary’s church hosting several pivotal on-screen events such as weddings, funerals, christenings, and even Lady Edith’s infamous jilting at the altar by Sir Anthony Strallan. 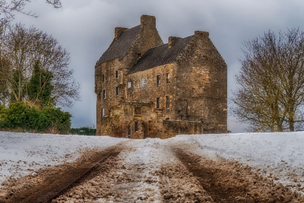 Midhope Castle in Abercorn, Scotland, serves as Lallybroch - the ancestral home of the Fraser clan in historical drama Outlander. The 16th-century castle follows closely behind St Mary’s Church, with 84% of reviews on Trip[a]dvisor mentioning the show. 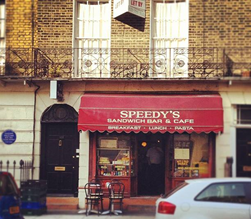 Producers of the newest BBC adaptation of Sherlock used the flat above Speedy’s Sandwich Bar, Euston Road, and transformed it into 221B Baker Street, home to Sherlock Holmes and Dr. Watson. The sandwich shop, therefore, features heavily in the show, so it’s no surprise that 67% of reviews mention the popular TV-show [sic]. 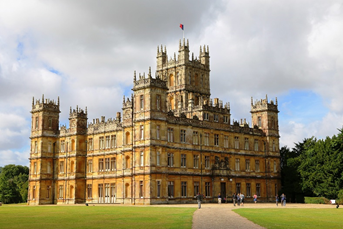 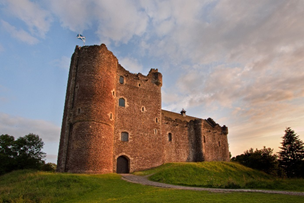 The well-loved comedy Monty Python and the Holy Grail was filmed extensively at Doune Castle, including both interior and exterior shots. Despite being filmed in 1974, 54% of reviews on Trip[a]dvisor reviews [sic] still mention the film. 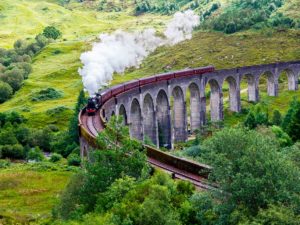 Another Harry Potter filming location, Oxford University’s Christchurch college was featured heavily in the earlier films, acting as the staircases, Hogwarts [d]ining [h]all, and hallways. Potterheads often visit Christchurch to imagine they too are walking in the halls of Hogwarts, with 41% of reviews for the [u]niversity still talking about Harry Potter! 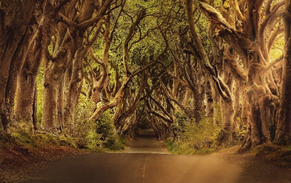 This mystical birch-tree-lined road was famously featured in season 2 of the hit TV show Game of Thrones, where Arya Stark was seen walking down the road after escaping from King’s Landing. Thousands of GOT fans flock to [t]he Dark Hedges each year, so it’s no surprise that 39% of reviews for the Dark Hedges mentioning [sic] the TV show. 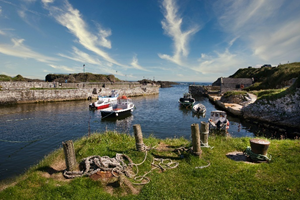 Last but certainly not least is another Harry Potter filming location, this time Alnwick Castle in Northumberland. The Outer Bailey of the castle was used as the backdrop for Harry’s first flying lesson, with many of the courtyards used as filming locations too – Harry and Ron even crashed the Weasley family car at Alnwick castle! Despite being filmed in 2000, 38% of reviews for the castle still mention the well-loved film.

Commenting on the research, Shannon Keary, Digital PR Manager at holidaycottages.co.uk, says: “It’s really exciting to see that so many of our favourite TV shows and films were filmed right on our doorstep. The UK has so much to offer in terms of natural beauty, wonderful history, and grand buildings, and it’s great to see that so many producers also feel the same – choosing these UK locations as the backdrop for so many popular TV shows and movies.

“And if you’re a fan of any of the TV shows and movies listed above and want to visit (when you can!), we hope our research will help people see which locations to put on their bucket list for once lockdown and travel restrictions are lifted.”

To find out more about this campaign and explore further filming locations in the US and worldwide, please visit https://www.holidaycottages.co.uk/star-attraction.