Even though a few tournaments, such as the British Quidditch Cup and US Quidditch Cup 14, were canceled recently, there is still some good news about Muggle quidditch. Quidditch Europe has announced the location and dates for both divisions of the 2021 European Quidditch Cup (EQC).

In summer 2020, Quidditch Europe looked for a new location for Division 1 and decided on the University of Limerick, in Limerick, Ireland.

The location for Division 2 remains the same as for European Quidditch Cup 2020. It will be held at Stadio Aldo Invernici in Brescia, Italy. The tournament was canceled only a few weeks before it should have happened. Because of that, Quidditch Europe couldn’t easily change the location. It couldn’t even give team fees back to teams, so most of them have already paid for the tournament. 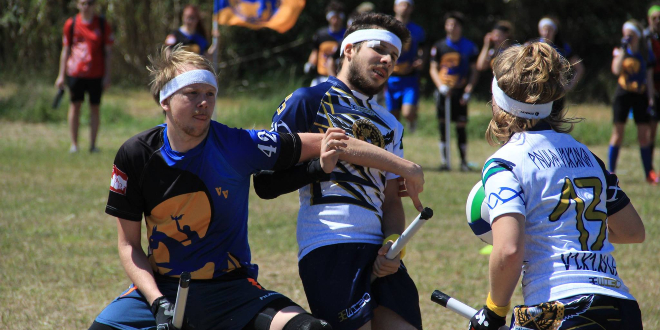 Despite the fact that some teams have already paid their fees, it hasn’t been established which teams will play in the tournament. This depends mostly on their national governing bodies (NGBs), who had to decide if the qualifying teams for 2020 would be given an extension into 2021 or if a new qualifying tournament would have to be held. Because most of the NGBs couldn’t organize tournaments or even hold practices in person, they decided to extend the qualifications. QuidditchUK wasn’t even sure that the European Quidditch Cup would happen in 2021 and decided that club teams have to qualify again for EQC 2022 at the European Qualifier Tournament at the end of 2021.

There is still a possibility that EQC 2021 will be canceled or postponed again, and Quidditch Europe is aware of that.

Therefore, Quidditch Europe will be monitoring imposed measures and regulations regarding the ongoing Covid-19 pandemic across Europe and make a decision in mid[-] to late [s]pring whether the European Quidditch Cup 2021 can and should go ahead on the aforementioned dates and locations.

What do you think of the decision to hold the European Quidditch Cup this summer? Tell us in the comments below!