Even though teams in some areas of the United States can practice currently, USQ had to ask if it would be safe to host a national tournament this season. The risk management team focused on cases in Utah, where US Quidditch Cup 14 was scheduled to be held, as well as restrictions and limitations, deducing that the number of cases would have to be dramatically reduced.

The USQ guidelines for return to play require that if a team is going to another state for an event, the case numbers in both states have to meet the baseline requirements. Risk Management Team Lead Rebecca Martin doesn’t think that the numbers will be low enough in April.

After careful consideration of COVID-19 trends, new variants, and the speed of the vaccine roll-out, we determined that it is not possible to safely host nationals this year. The health and safety of our community and beyond are our top priority. 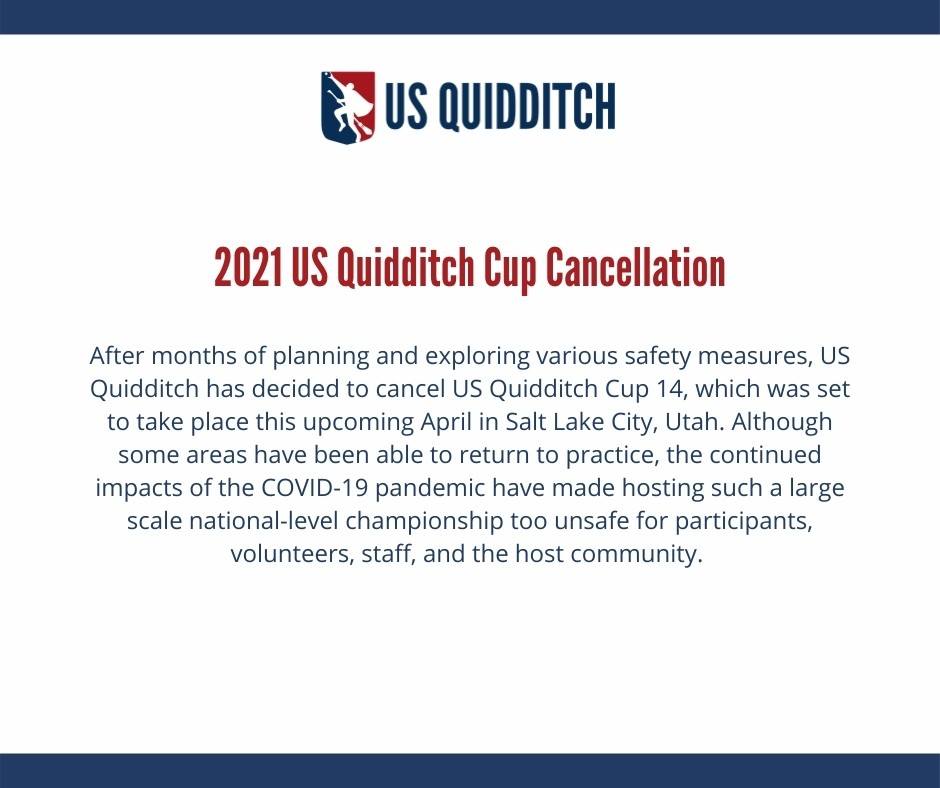 Instead of USQ Cup 14, USQ is preparing a nationwide virtual tournament in spring. The quidditch community will compete against each other in online games, similar to Major League Quidditch Virtual. 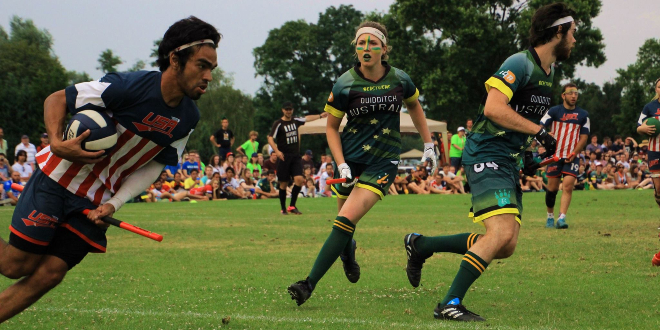 USQ wants to focus now on preparing for the next season, and it is also looking for opportunities for growth. Executive Director Mary Kimball wants to make major changes such as rebranding USQ.

USQ has undergone a lot of changes in the last year, and I look forward to putting them into practice as we focus our energies on getting teams back to playing again. From rebranding to season structure and beyond, I’m committed to making bold, major changes that will push USQ and the sport into its next phase of development.

Meanwhile, every department of USQ has its own goals. The member services department is focusing on launching a new grant program for BIPOC (Black, Indigenous, and people of color) players and a new athlete development team. The events department is preparing the virtual tournament but will also support QuidCon in March. The communications department has its livestream training program and wants to start a livestream A/V volunteer program.