The start of the new year represents many things to many people, like new beginnings and a chance for people to start fresh. The movie industry, however, sees it as an opportunity to reflect on the previous year and acknowledge the best of the best in film. Yep, it’s awards season, folks. And it looks like the Hollywood Critics Association is one of the first to kick it off with its list of nominations for the fifth annual HCA Film Awards, which will be held on January 8. Thankfully, some of our favorite Wizarding World alumni received nods for their work last year, the most notable being Sir Kenneth Branagh, known for playing Gilderoy Lockhart in Harry Potter and the Chamber of Secrets, whose semiautobiographical film Belfast managed a total of nine nominations.

Written and directed by Branagh, Belfast is a coming-of-age film about a boy growing up in Northern Ireland in the late ’60s, which Branagh has described as his “most personal film.” Aside from getting a nod for Best Picture, it’s also earned Branagh nods for Best Director and Best Original Screenplay while nabbing a Best Supporting Actor acknowledgment for Potter alumnus Ciarán Hinds (Aberforth Dumbledore). 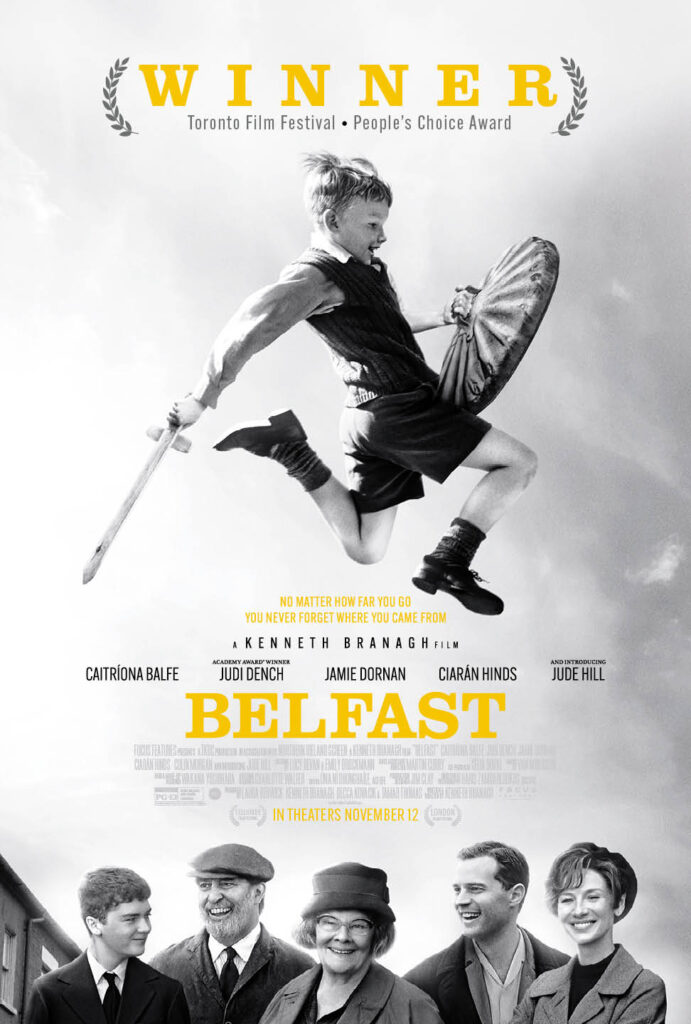 Also nominated for Best Supporting Actor is Jason Isaacs (Lucius Malfoy) for his role in Mass as a grieving parent who confronts the parents of a school shooter, a role that he described as “watching an acting master class.” And lastly, Alexandre Desplat, the composer responsible for the scores of Harry Potter and the Deathly Hallows – Part 1 and Harry Potter and the Deathly Hallows – Part 2, was nominated for his score for Wes Anderson’s latest film, The French Dispatch.

There are several movies on the list of nominations that feature Wizarding World alumni, such as Spencer, starring Timothy Spall (Peter Pettigrew); Last Night in Soho, featuring James and Oliver Phelps (Fred and George Weasley); Cruella, starring Dame Emma Thompson (Professor Trelawney); and Raya and the Last Dragon, featuring Gemma Chan (Madam Ya Zhou in Fantastic Beasts and Where to Find Them).

A huge congrats to all the nominees for the fifth annual HCA Film Awards. Check out the relevant list of nominations below:

Encanto
Flee
Luca
The Mitchells vs. The Machines
Raya and The Last Dragon

If you’re also interested in the more technical awards like production design and editing, be sure to peruse the full list of HCA Film Awards nominations.

Are you excited for Sir Kenneth Branagh? Which category do you think Belfast has the best chance of winning? Let us know in the comments.