Magic at the “Secrets of Dumbledore” World Premiere

Last night, the world premiere of Fantastic Beasts: The Secrets of Dumbledore took place at Royal Festival Hall in London. The slightly chilly March evening saw fans and stars congregate for the first time since 2018 to celebrate a new installment of the franchise. MuggleNet was there to bring you the highlights from the evening and share some of our initial reactions to the movie.

Here are six things we spotted at the premiere, and stay tuned for our spoiler-free and spoiler-filled reviews coming up soon.

A New Location, A New Carpet

In a break with tradition for Wizarding World movie premieres in London, the premiere for Secrets of Dumbledore was held on the other side of the River Thames at the Royal Festival Hall on London’s South Bank, with the London Eye and Big Ben watching over proceedings. Another tradition this premiere also switched up is the color of the “red” carpet, which this time was actually red! Blue has been the color of choice for the premieres of the previous two films. As far as we know, there is no specific reason behind the choice of the color carpet, but it’s interesting to see the franchise go with traditional movie-premiere-red to befit its new location. 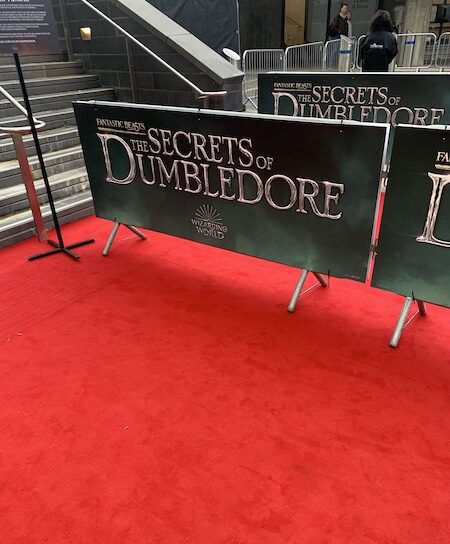 In the week leading up to the premiere, fans were able to sign up to enter a lottery to win tickets to the crowd pens that line the blue carpet. As expected, spaces in the fan areas filled up very quickly. Those lucky enough to get a spot were encouraged to come dressed as their favorite wizarding world characters for a chance to win prizes. Some of our favorite cosplays and costumes of the night included a phoenix, a Niffler hat, and Beauxbatons uniform. The screening itself was also filled with fans of the series, with everyone more excited than Oliver Wood before a Quidditch Cup final. 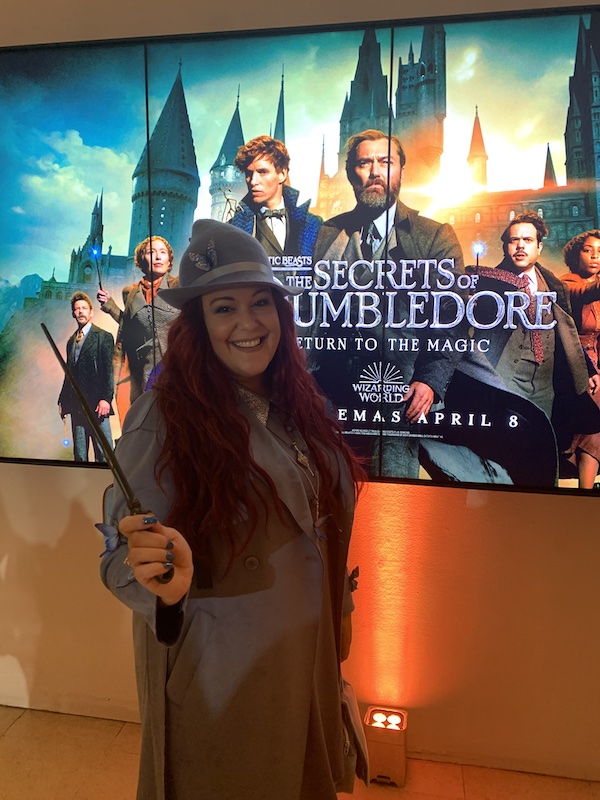 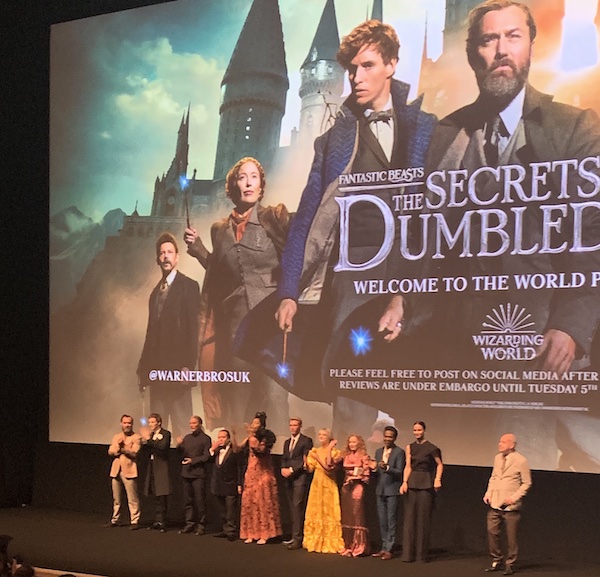 A Tina Sighting (Sort Of)

Fans were worried about the role of Tina in the movie, with the character only briefly appearing in the second trailer and not receiving a poster. But Katherine Waterston dazzled on the red carpet and spent time talking to fans.

Fans lucky enough to attend the screening of the movie were treated to fun photo opportunities once inside the building. They could knock on Newt’s door, pose in battle formation, or try their hand at the manticore dance. 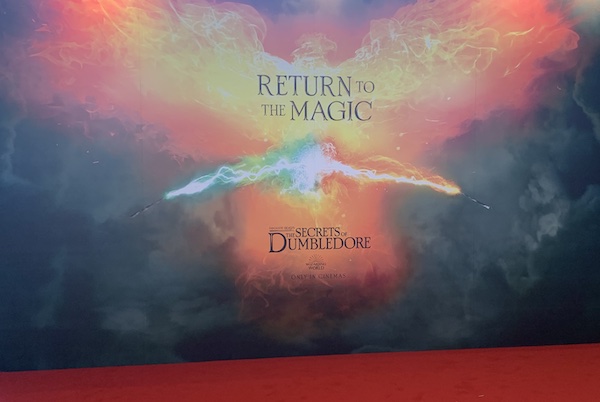 Fantastic Beasts: The Secrets of Dumbledore hits theatres in the United Kingdom on April 8 and in the United States on April 15. Check out MuggleNet’s initial spoiler-free reaction to the movie on Instagram, and stay tuned for our spoiler-free and spoiler reviews.