With the release of Fantastic Beasts: The Secrets of Dumbledore, fans of the Wizarding World have become familiar with Eulalie “Lally” Hicks, the Ilvermorny Charms professor played by Jessica Williams who joins in the effort to fight Grindelwald.

Williams talked to Mike Manalo from the Nerds of Color about how she found the character’s voice and brought her to life. She said that to prepare for her role, she worked with a dialogue coach and they drew inspiration from African American writer James Baldwin and African American pianist Hazel Scott. Williams and her dialogue coach also studied Black orators from the time because Lally “was very bookish, very well taught, and so we modeled her voice after African Americans at that time [who] studied a lot in higher education.”

We previously learned that Lally’s wand core is a single strand of African mermaid hair, but Williams also revealed to the Nerds of Color that the wood came from a tree in Nigeria.

During an episode of Collider Ladies Night with Perri Nemiroff, Williams explained how Lally was born to a No-Maj family in Harlem, New York, and according to her grandmother, possibly had magical ancestors. As a student at Ilvermorny, she threw herself into her studies and eventually got in touch with Dumbledore.

In her school library at Ilvermorny, she discovered the work of Dumbledore, and so she’s quite precocious. And she wrote Dumbledore, and Dumbledore wrote her back because [he] realized she was really bright. And they corresponded for a long time, and he’s sort of a mentor to her.

She went on to become a Charms professor at Ilvermorny and write a book.

She values education more than anything, and I think she’s a really good teacher at Ilvermorny. Her students really love her, and she’s really good at seeing people’s hearts. So to me, that speaks of a confident, capable person.

Williams said she took inspiration from tennis players Venus and Serena Williams for her wand movements. She said she wanted to portray Lally Hicks as a strong and capable witch who “does this really cool, strong magic like she really means it.”

When talking to Harper’s Bazaar, Williams revealed that Lally was Sorted into Thunderbird House at Ilvermorny. Williams also said that if she herself could be Sorted into any Ilvermorny House, she would be a Thunderbird.

I know that Professor Eulalie Hicks is a Thunderbird, and I like the word ‘Thunderbird.’ So [both] of those things make me want to be in Thunderbird.

If she were Sorted into a Hogwarts House, “it would absolutely be Gryffindor, no question,” but she said she’s also been told she has some Hufflepuff in her as well. She went on to debunk wild Reddit theories about Secrets of Dumbledore and the wider Harry Potter franchise, like that Mary Poppins was a Ravenclaw and a star employee at the Ministry of Magic.

Williams also talked to Nemiroff about joining the Wizarding World franchise and how fellow actor Eddie Redmayne (Newt Scamander) helped her navigate through it. This was her first studio movie with Warner Bros., and she said he helped make the process easier and less intimidating. “Even if you’re the new person, he’s always good about making sure that you feel included,” she said.

To celebrate the release of Secrets of Dumbledore, the pair traveled to Tokyo, Japan, for an event at Meiji Memorial Picture Gallery alongside Mamoru Miyano, the actor who voiced Newt Scamander for the Japanese film. The actors interacted with fans and answered questions, and Redmayne and Miyano even performed the manticore dance together onstage. This was an especially significant event in Japan because they were the first Hollywood stars to visit the country in over two years because of the pandemic.

A fantastic event like no other! Eddie Redmayne and Jessica Williams brought the magic, and some swivel moves, to Japan for a special fan event. 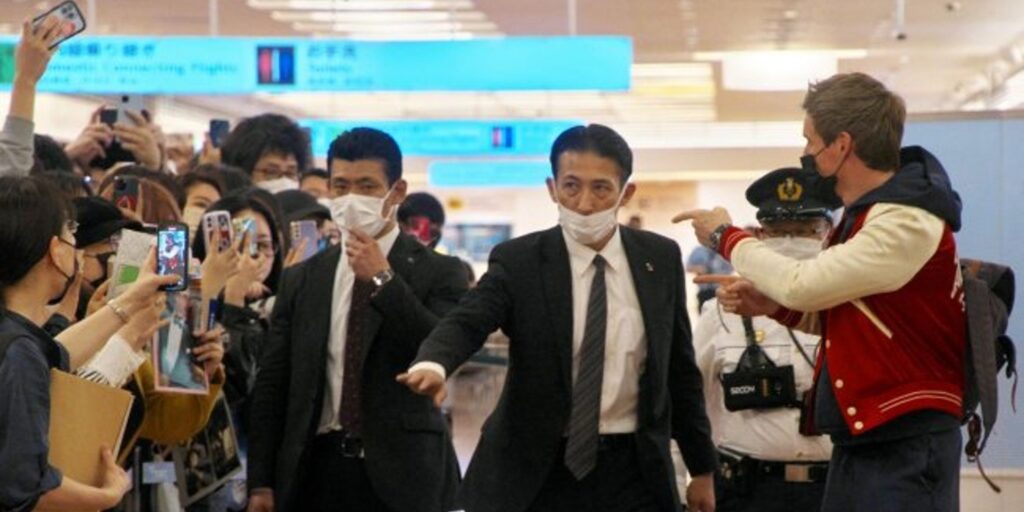 Secrets of Dumbledore has earned $27.1 million in Japan as of May 2, and Japan is one of the top-performing countries for the film.