Qeurovision Postponed to Fall or Winter

A year ago on May 29, there were plenty of new songs and music videos from Qeurovision. This year is quiet. For now.

Qeurovision started in 2020 during the pandemic situation as a quidditch version of Eurovision. The main goal was to create an original or parody song about Muggle quidditch. Germany won in 2020, and Slovenia won in 2021. This means Slovenia should organize the competition this year.

Slovenia started to organize the contest. It released the form for sign-ups on February 4. National governing bodies (NGBs) from Europe and all over the world had until February 25 to sign up. The deadline was later extended to March 4, but this edition of Qeurovision will not go forward on its original schedule. 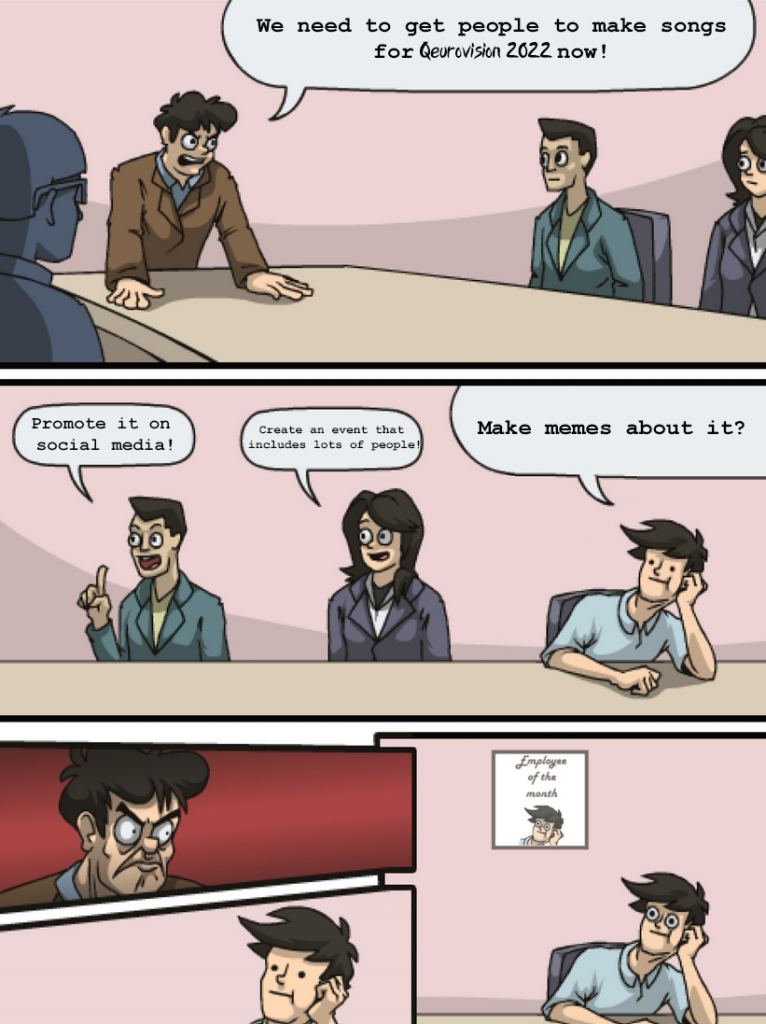 Somehow, Qeurovision comes together with creating memes. This is one of the firsts this year, and it won’t be the last.

On March 7, Slovenia announced that Qeurovision is postponed to fall or winter. The Slovenian organizers didn’t announce publicly why they decided this, but they reassured the public that the event will definitely happen.

The most likely reason is that most of the NGBs didn’t have time for Qeurovision with a lot of tournaments in spring and summer. There was the European Quidditch Cup (EQC) Division 2 tournament in April, EQC Division 1 will happen in June, and both the European Games and the Pan-American Games will be held in July. Players are probably very busy with training now. This is different from last year, when tournaments were still postponed or canceled.