Universal Orlando Resort has plenty of magic up its sleeve, from building bigger lockers to brand-new “Harry Potter” face masks that are sure to appeal to those with a sweet tooth. 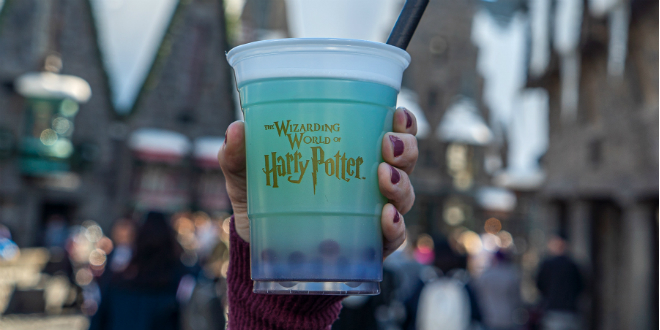 Are you feeling adventurous? Would you try a drink the color of the Black Lake? Have a look at this brand-new drink that just landed at the Wizarding World of Harry Potter at Universal Studios Hollywood.

Universal Orlando Resort has released an exciting new multiday ticket offer for residents of the United States and Canada. Learn more about how you can visit the theme parks for less!

If you haven’t yet made the journey to the Wizarding World of Harry Potter at Universal Orlando Resort (or even if you’ve been 20 times), now is the perfect time to book your getaway with a vacation package featuring some truly magical extras!

Universal Orlando Resort is giving us every reason to book our plans for this holiday season. Check out what’s in store for the end of 2019!

Rumor: Has Construction Started on the Globus Mundi Travel Agency?

First, there was the sign. Then there was merchandise, and now it seems that the Globus Mundi mystery will soon be revealed!

Is There a New Nighttime Show Coming to Universal Studios Florida?