MYTHTERY: James Potter Is the Real Genius Behind the Half-Blood Prince’s Potions Hacks

James Potter is the real brain behind the clever tips and tricks written in the Half-Blood Prince‘s textbook and not Severus Snape. 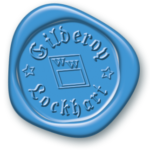 This theory was born out of a deeper insight into James Potter’s family and their careers. Fleamont Potter, James’s father, was an accomplished potioneer. He invented the infamous Sleekeazy Potion, which quadrupled the family gold with its massive success in Britain as well as all the way across the Atlantic in the United States. Even without being particularly gifted, James would’ve been familiar with some tips and tricks of the trade by simply seeing his father work. It’s also been mentioned a couple of times that James was one of the top students in his class, evidencing his cleverness.

With that in mind, there are two ways in which James could’ve influenced the Half-Blood Prince’s findings. Let’s look at them one by one.

The first one proposes that Snape could’ve scribbled down these hacks while eavesdropping on James’s conversations with his friends during the Potions classes. From whatever little we know about James, we won’t put it past him to be that annoying kid that tries to show off every chance he gets. The idea of James Potter being at least slightly talented potions is entirely possible, especially since potion brewing is a part of the process of becoming Animagi that requires tremendous skill. We know Remus is no good in potion-making, and Peter is described by McGonagall as a less than average student, leaving only James and Sirius to the task. On the other hand, this theory is also backed by Snape’s need to beat James as well as to impress Lily Evans, who was Slughorn’s star student. However, we have had Slughorn mention Snape and Lily as some of his favorite students, with no particular mention of James in this regard. This suggests that perhaps James Potter, while an overall brilliant student, wasn’t particularly gifted in potions.

The second theory suggests that the particular textbook originally belonged to James, but Snape stole it from him and wrote “This book is the property of The Half-Blood Prince” on it just to be petty. This theory is backed by the fact that not just Harry but even Hermione failed to recognize the handwriting of the same man who had been their potions master for five years. We did have a chance to get a glimpse of Snape’s teenage handwriting in Chapter 28 of Harry Potter and the Order of the Phoenix, where Harry manages to have a look at Snape’s worst memory. Snape’s described to be scribbling away, but Harry fails to register this detail. In any case, it’s quite rare to maintain a consistent handwriting style for over a decade.

The theorists also go on to make a connection between the spells written in Half-Blood Prince’s potions book. They point out that James is the only other person we witness using the Levicorpus spell written in the potions book claiming James, not Snape, invented the spell. But this proposition doesn’t quite hold its ground as we have had Remus also mention how this spell had become quite popular in their fifth year, which is incidentally also the time when we see James use it on Snape. It is entirely possible that James simply learned about the spell just like everyone else. Furthermore, we have also had Sirius say that Snape “knew more curses when he arrived at school than half the kids in the seventh year.” (GoF 27)

Without denying that Snape invented the Sectumsempra curse, they believe that only James would have the moral conscious to write it down with a note of “for enemies” next to it upon hearing it during his altercation with Snape after the OWLs. But this is unlikely as, barring James’s immaturity at that age, we know Remus recalls how they never heard what curse Snape used to have a gash appear on the side of James’s face. Moreover, the books mention lots of scribbling, crossing out, and workshopping of the spell, hinting that whoever wrote it in the book was most probably the inventor of the Sectumsempra curse.

Although there is no way to figure out if Snape figured out the hacks on his own or overhead them (perhaps James had the know-how, not the potions-making talent), most evidence points to Snape as the owner of the book. Severus Snape was indeed a petty little weirdo, but he was an intelligent man, and we have to give him credit where it is due.