Marauders Incorrect Quotes for When You Need a Chuckle: Celebrating Prongs

Whether you like him or not, James Potter is a special man. There aren’t many characters who have the least presence in the canon material but have thousands of works of fan fiction dedicated to them. While we first met him as a man sacrificing himself for his family, the Marauders’ fandom introduced us to a side of James that remained unexplored to us throughout the series – the embodiment of a dad joke.

In honor of this wonderfully idiotic boy’s birthday, we present you with a collection of incorrect quotes celebrating some of his best (read: dumbest) fan-made moments. 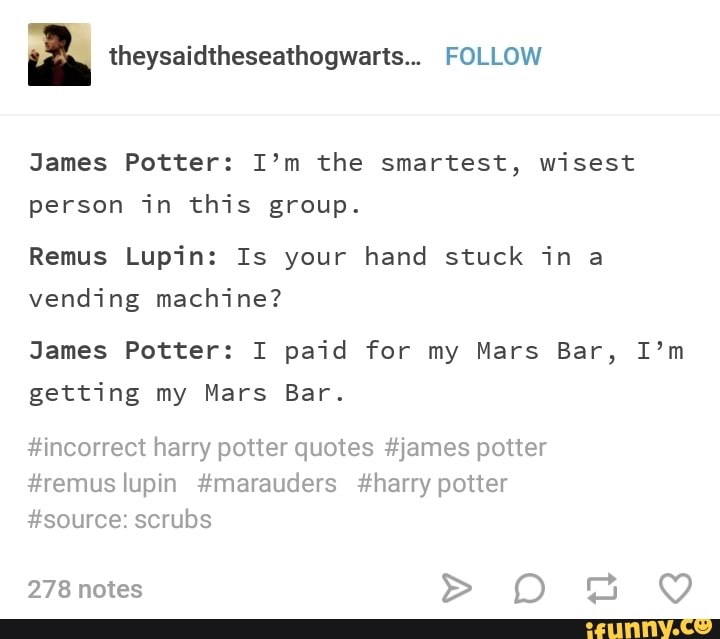 We love a king who knows what he wants and doesn’t stop until he gets it. 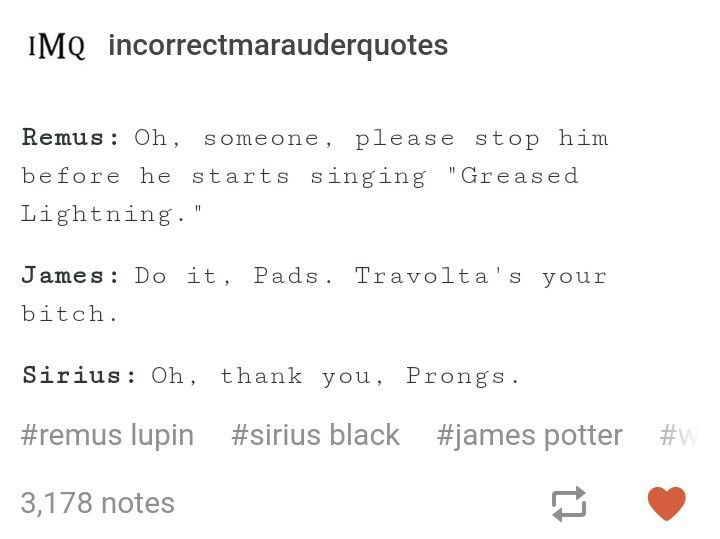 Everyone needs a James to their Sirius – someone who supports all your silliest ambitions. 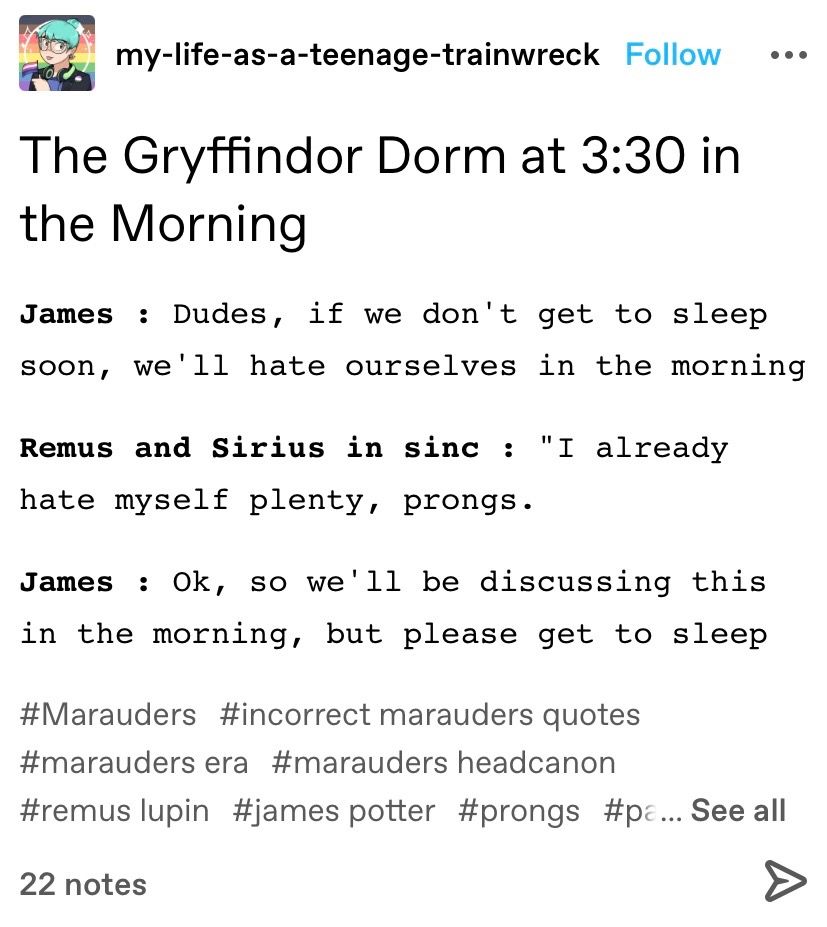 No one – and we mean no one – gets to hate themselves around James Mom Friend Potter. 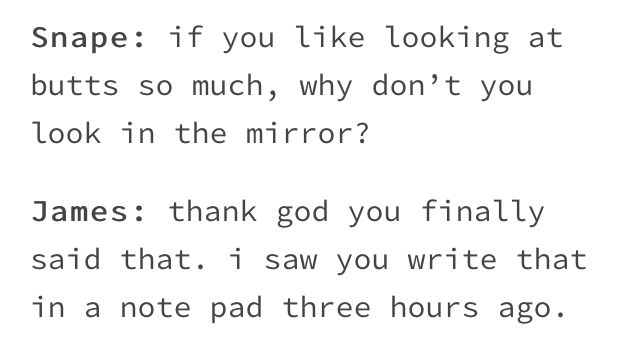 We’re pretty sure that, apart from Lily, these two spent more time thinking about each other than anyone else. 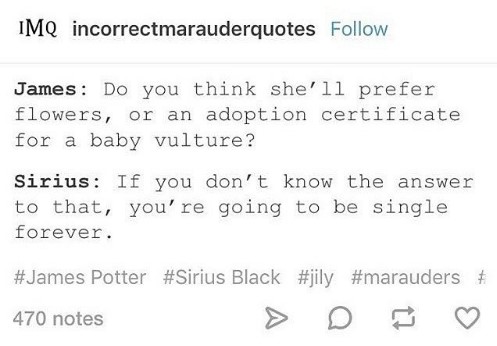 If you know one thing about James Potter – other than his dumb sense of humor – it’d be that he’s completely foreign to the concept of subtlety. 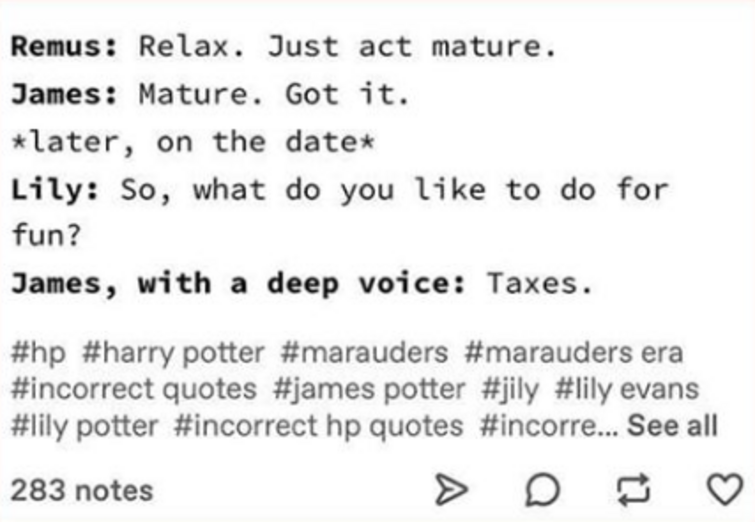 But he tries really hard. We need to give him points for that. 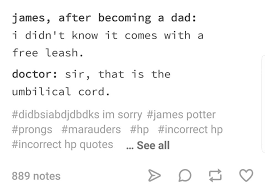 And in the background, there’s Lily, fresh out of labor, rolling her eyes. 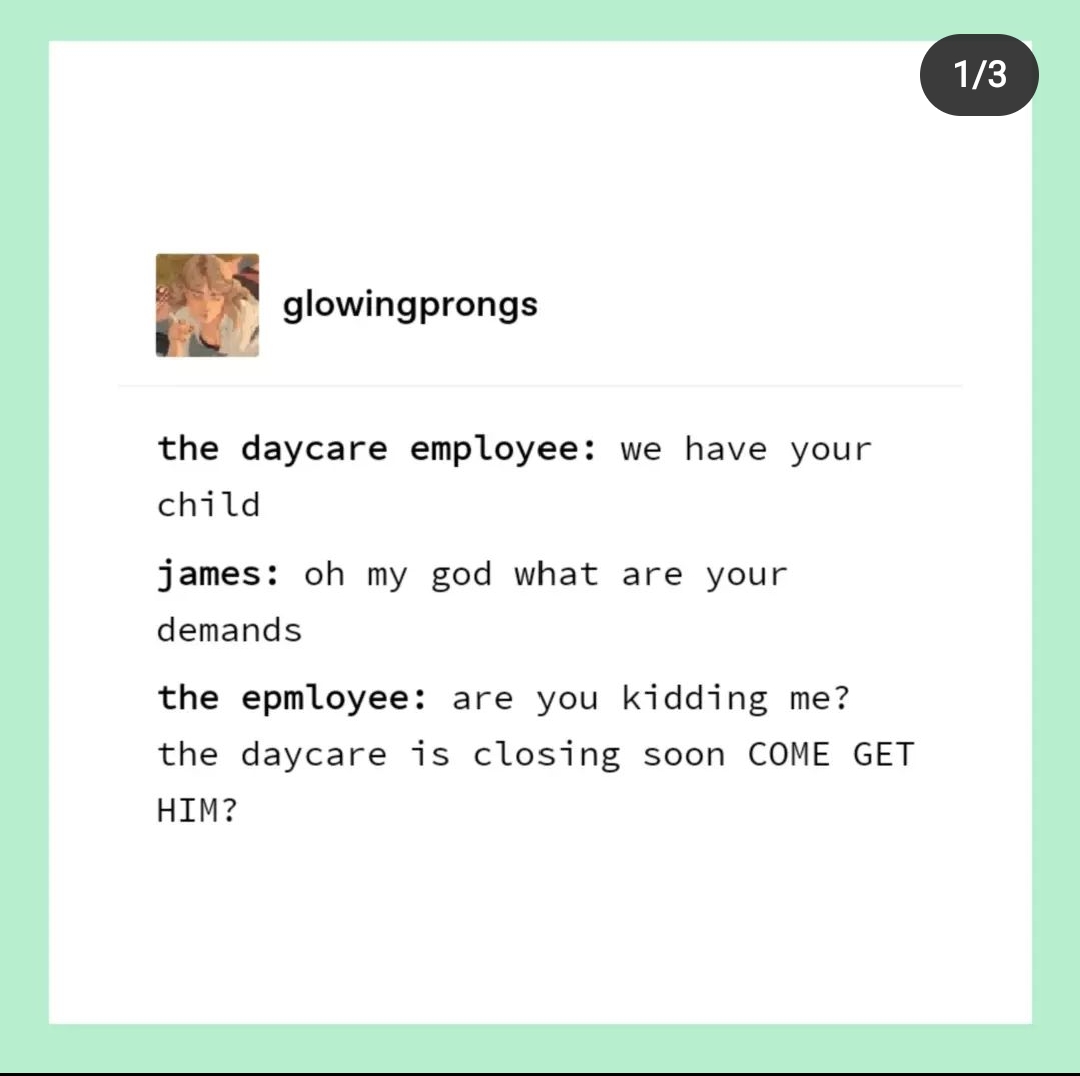 Had James made it to fatherhood, we’re sure he’d have thoroughly enjoyed embarrassing his children. 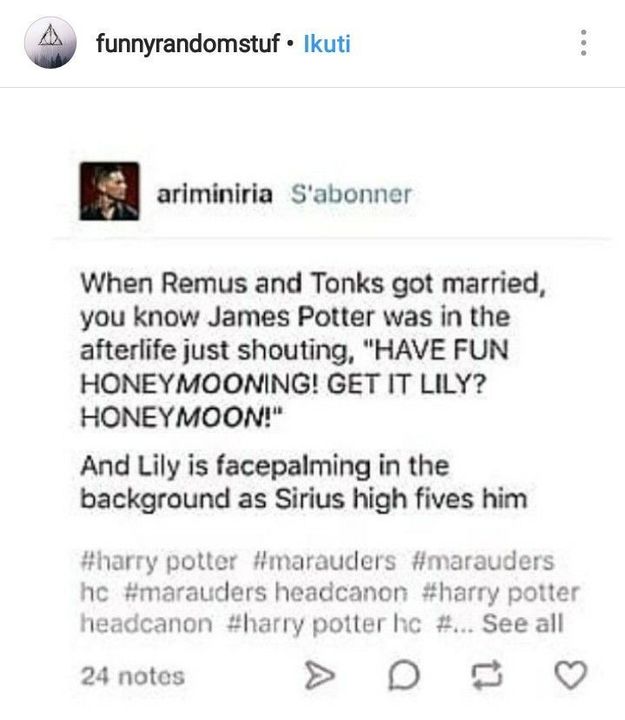 Even in the afterlife, he doesn’t lose his love for puns. 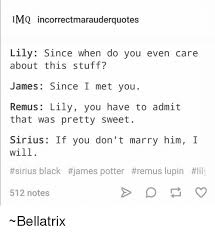 Happy birthday, Prongs! Thank you for showing us that one can grow into a better person no matter what kind of crusty teenager they might’ve been.