The new footage supports the idea that the film will feature revelations about Albus Dumbledore’s flaws and family.

Do you love “Harry Potter” and chemistry? Here’s a parody of “The Periodic Table Song” that’ll be playing in your head for hours on end.

Which Dumbledore’s Secrets Will Be Featured in “Fantastic Beasts” 3?

What might Albus be hiding? What of the others in the Dumbledore family tree?

With a new “Fantastic Beasts” film coming out next year, we are already starting to write our wish list of what we want to see in the film.

There are similarities between the way MACUSA responded to the Obscurial and how the US government responded to climate change. 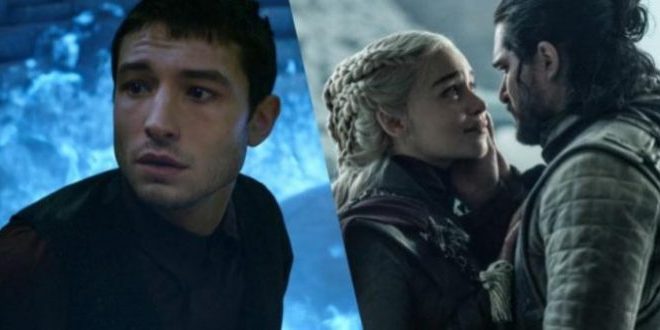 A Game of Crimes: What “Fantastic Beasts” Can Learn from “Game of Thrones”

Both “Fantastic Beasts: The Crimes of Grindelwald” and “Game of Thrones” have faced their share of criticism over the past year, and much of it has been justified.

Ten Things to Do During the Wait for “Fantastic Beasts” 3

Since the release date of the third “Fantastic Beasts” has been announced almost two and a half years in advance, here are some things to keep the average witch or wizard busy until 2021!

The Quibbler / The Wizard's Voice

Is Credence the love child of Albus Dumbledore and Gellert Grindelwald, and is destroying him the key to destroying the blood pact?