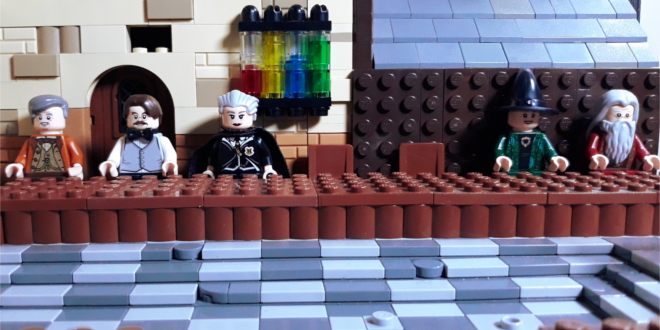 Building My Own Hogwarts

In celebration of National Craft Month, check out the build of this custom LEGO Great Hall.

The Most Underappreciated Things About “Chamber of Secrets”

“Harry Potter and the Chamber of Secrets” might just be the most underappreciated book in the series.

Generally, Halloween at Hogwarts was very busy. What do you think was the best one?

This is the saddest story from the UK “Harry Potter” illustrators saga.

The Ghosts of Hogwarts: Peeves’s Sabotage

While the Hogwarts ghosts are out at their own Halloween party, Peeves unleashes the worst sabotage in Hogwarts history, ruining the Halloween Feast! It’s up to the House ghosts to save Halloween!

The Ghosts of Hogwarts: Gryffindor Ghost

It’s time to start getting excited for Halloween! MuggleNet is bringing you a collection of stories about some of our favorite ghosts in the “Harry Potter” series. Sir Nick is exasperated at being called Nearly Headless Nick and decides to take action!

The Fantastic Phantoms of Hogwarts School of Witchcraft and Wizardry

With only three days left until Halloween, we salute the ghosts of Hogwarts Castle. Haunt on, beloved specters.