A Year of “Cursed Child”

We were reminded today – by none other than Sam Clemmett, Albus Potter himself  – that rehearsals for Harry Potter and the Cursed Child began exactly one year ago!

A year ago today we began rehearsals for @HPPlayLDN How time flies… Here's to the best creative team and cast anyone could wish for ❤️ pic.twitter.com/0TRdSCK8Kp

In celebration, we look back at seven major milestones of Cursed Child as Harry and his world were brought to the stage.

It seems like only yesterday that we knew almost nothing about the play that would extend the story of Harry’s family. But in February 2016, we were just starting to see the show take shape. Months earlier, the casting of Jamie Parker as Harry Potter, Paul Thornley as Ron Weasley, and Noma Dumezweni as Hermione Granger had been announced. On February 26, a photo of the entire cast (as seen in Sam’s tweet above) was released at last – causing many to guess which actors would be playing which characters! Soon after, confirmation on roles began to trickle in: Anthony Boyle was announced as Scorpius Malfoy, and Cherrelle Skeete as Rose Granger-Weasley. In the year since these announcements, fans have come to love these new interpretations of beloved characters. 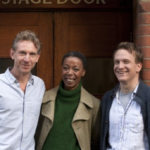 Paul Thornley, Noma Dumezweni, and Jamie Parker were the first of the cast to be confirmed. 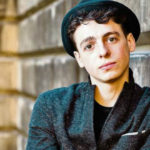 Anthony Boyle has quickly become a fan favorite for his portrayal of Scorpius Malfoy. 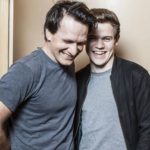 Jamie Parker and Sam Clemmett as Harry and his son Albus have earned the admiration of many fans.

On Twitter, J.K. Rowling praised the casting decisions and the rehearsal process. She spoke about how the play came to be, the beginning of the creative process, and her work with Sonia Freedman, John Tiffany, and Jack Thorne. Rowling even said that anticipating the fans’ reactions made her “anxious.”  Then, at the Lumos benefit show, Rowling gave a beautiful speech, reminding us all that Potter and these magical stories are all about what is really important in life. 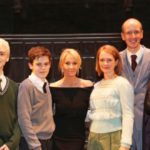 Rowling has spoken highly of the creative team, cast, and crew of the play. 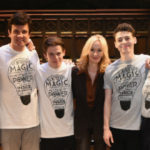 Special shirts sold to benefit Lumos were revealed at a gala showing of “Cursed Child”.

Our first look into the world of Cursed Child came through small video clips and official character portraits. Fans waited as the Potters, Granger-Weasleys, and Malfoys were revealed in costume. At last, these characters were coming alive! 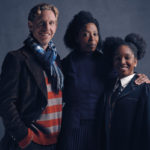 The first official photo of the Granger-Weasleys 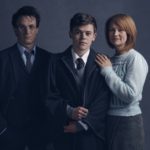 The first official photo of the Potters 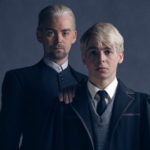 The first official photo of the Malfoys 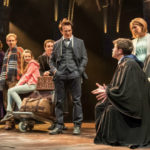 The Potter and Granger-Weasley families on platform 9 3/4 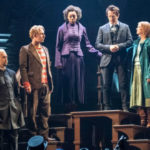 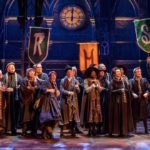 Reviews from those lucky enough to get early preview tickets began to arrive. Everyone marveled at the technical artistry that brought magic to the stage. The heartfelt performances of the actors were praised. Fans exclaimed that it was “the best thing [they’d] ever seen.” Things were going so well, press previews were brought forward, and the press simply couldn’t get enough of the show!

At last, the official opening gala brought so many wonderful participants of this production to the red carpet to celebrate what we already knew was going to be a smashing success.

MuggleNet wrote several reviews, including after the first previews (Part 1 and Part 2) and our official press review.

It was like stepping back into 2007: Bookstores were announcing midnight parties. Pre-order sales were through the roof, even shattering records. And just like that, the script for Cursed Child was on store shelves and in the hands of fans, handsome bright yellow and gold volumes. The excitement was almost overwhelming! 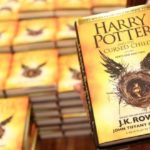 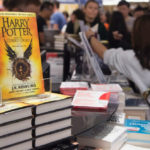 And then, people started talking. Some people – especially many who had seen the play – loved it. Others were more disappointed by the story, especially those who had just read the script. Love it or loathe it, the script would go on to become Amazon’s best-selling book of 2016 and win a Goodreads Choice Award.

Awards Start to Pour In

There were the Evening Standard Theatre Awards, where the play was nominated for four awards, winning Best Play. Director John Tiffany was given the Attitude Magazine Cultural Award, and the show won three Critics’ Circle Awards. Most recently, the play swept the WhatsOnStage Awards, going home with a record eight awards – but not many cast photos!

: We were having such a nice time we forgot to take any pictures. Here's the only one that's surfaced. @WhatsOnStage @HPPlayLDN pic.twitter.com/hUO8PYDKWT

One of the greatest delights over the past year has been seeing the film cast, whom many closely associate with these beloved characters, meet their stage counterparts. Emma Watson had a particularly touching reaction, filled with happy tears! It’s become one of the most-asked questions for Potter film alumni, and those who have seen the play have only had praise. 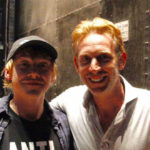 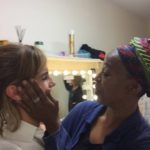 Emma and Noma share a moment backstage after “Cursed Child” 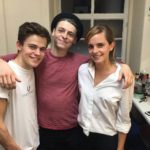 One Year On and Into Tomorrow

It seems that there is no stopping Harry Potter and the Cursed Child. Tickets for the West End production are sold out through May 2018. Auditions for the Broadway production, coming in 2018, have begun. And though the film rumors have so far been dismissed, many fans are still hopeful for a cinematic release of an original cast recording. For now, however, it seems that the cast and crew have something well worth celebrating.

The Company and Producers of #CursedChild celebrate a year since rehearsals began! pic.twitter.com/kgfHZ4pinZ

From all of us here at MuggleNet, an enormous congratulations to the entire cast and crew of Harry Potter and the Cursed Child for their work over the past year in bringing us a new era of magic. We can’t wait to see what’s in store for the coming years!

You can peruse all our Cursed Child stories from the past year – and before! – here. It’s like your own personal Time-Turner (so use it wisely)!