For the term "cho chang".

Harry Potter totally failed at asking Cho Chang to the Yule Ball. Here are some better ways he could have asked. 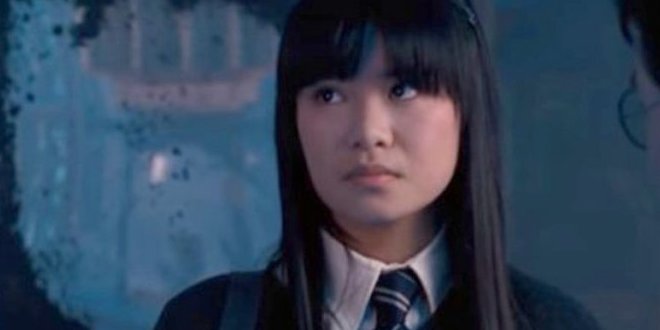 As a child, I didn’t want to admit how much I related to Cho. Now, I feel lucky to see myself in her.

Is Cho Chang a feminist?

Jo has written about a lot of strong women in her work, but fans typically only cite Hermione (and maybe Ginny, if they’re feeling charitable) as her feminist characters. Love Ginny and Hermione as I do, there are so many fantastic women in the series who don’t get enough credit for being brave, smart, and strong. Do you really think Jo would only write a couple of characters to be feminist icons? In my opinion, every woman in the series has something to teach us about being independent, courageous, and wise. In Jo’s world, feminism isn’t just for the bold young warriors: Mothers and professors and fangirls can be feminists, too.

This week’s throwback takes us to the casting of Cho Chang and Victor Krum. How did you think the actors that were chosen did?

Review and Giveaway: Win the “HOGWARTS™” School of Witchcraft and Wizardry from The Bradford Exchange!

The Illuminated Village “HOGWARTS™” School of Witchcraft and Wizardry will really make you want to cozy up with a blanket in front of the Gryffindor common room fireplace.

Reports that “Secrets of Dumbledore” is performing poorly at the box office may not tell the full story of the fate of the “Fantastic Beasts” films.

The IQA Wants to Change the Name “Quidditch”

The IQA created a committee to decide if the name of Muggle quidditch should be changed, and that committee has now made its decision.

What’s Up with the Wands? Rumors About Several Changes to Universal Orlando Resort Are Flying

There’s so much to discuss! The rumor mill is churning again, so let’s get to the bottom of it all.

The plot of the “Albion” LARP came to a dramatic and unexpected close.