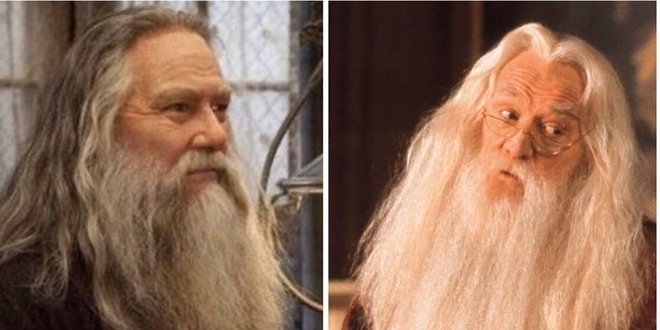 Albus and Aberforth – A Fraught Relationship

We know that Albus and Aberforth Dumbledore never had the easiest of relationships, but while Albus regretted the events that led to Ariana’s death, there was certainly a great deal more he could have done to reconcile with his brother.

Is Ariana’s Obscurus Inside Credence?

J.K. Rowling doesn’t choose names by accident, and there might be a clue in the name “Aurelius.” Like Marcus Aurelius, could Credence be an adopted brother? Is Ariana’s Obscurus inside Credence?

In the screenplay for “Fantastic Beasts: The Crimes of Grindelwald”, the “dark-haired young woman” who “picks up baby Corvus” is denoted as “Credence’s Aunt.” But who is she, really?

Dumbledore Never Treats Harry Like He Seems to Be Treating Newt

From what we know about “Fantastic Beasts: The Crimes of Grindelwald”, Dumbledore appears to be treating Newt far worse than he ever treated Harry.

Why Didn’t the Dursleys Turn Harry into an Obscurial?

While the Dursleys were trying to squash the magic out of him, Harry may have saved himself through pure cluelessness, mediocrity, and a desire to be different.

When Did Grindelwald’s Search for an Obscurial Begin?

In 1899, a young Gellert Grindelwald spent a summer with his aunt in Godric’s Hollow, befriending Albus Dumbledore. Grindelwald knew of Ariana’s “condition.” When recounting the night of Ariana’s death, Aberforth says Grindelwald told him the mission of the “greater good” would lead to liberation for children like Ariana.