Seven of the Best References to “Harry Potter” in Pop Culture

He’ll be famous — a legend — I wouldn’t be surprised if today was known as Harry Potter Day in the future — there will be books written about Harry — every child in our world will know his name!” (SS 13)

Reading this line from the first chapter of Harry Potter and the Sorcerer’s Stone in 2021 is like breaking down the fourth wall. Of course, Harry Potter quickly became a household name after the first book’s publication, and with it turning 24 this year and the fandom still going strong in many ways, this cultural phenomenon is still unmatched.

For this Potterhead, every single mention of Potter in my favorite television shows and movies is like a friendly little wink, often bridging fandoms. Some are obscure while others are more explicit, but I tend to find them delightful either way. Here are some of the best references to Harry Potter that can be found across popular culture.

We all fantasize about visiting Hogwarts in real life, and some of us bring the magic of Harry Potter into our wedding plans. In an episode of Brooklyn 99, Jake and Amy liken this wedding venue to Hogwarts but then take the moment away from romantic and into a twisted fan fiction trope by comparing themselves to Hermione and Snape. It’s gross but hilarious in context!

Of course New Girl‘s writing room would have Jess, a teacher with a Hermione-esque tendency to “know it all,” drop a shoutout to the Hogwarts Express. The idea of the magical school for British witches and wizards being located near San Diego, California is funny enough on its own, but if you know Nick Miller from New Girl – well, then you know that this quote just adds to his lovable, goofy naivete. 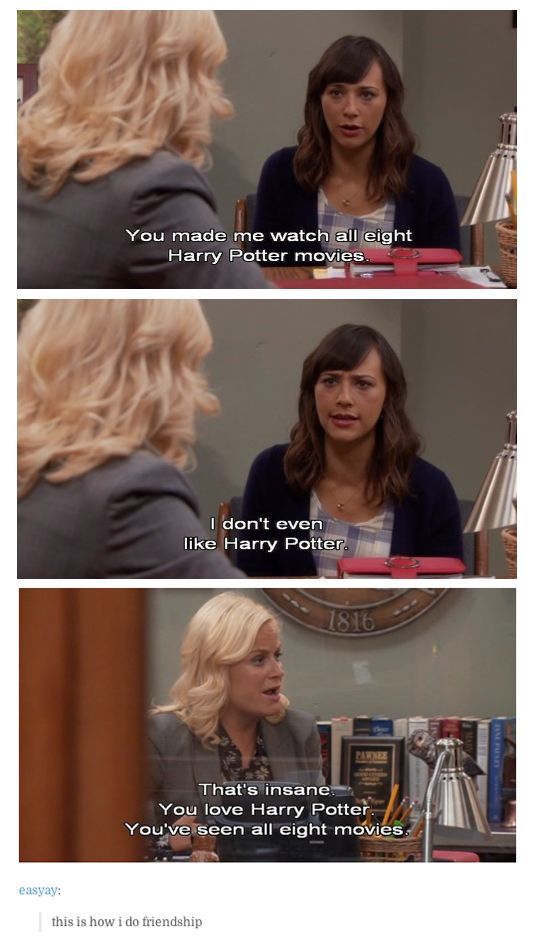 There are several references to Harry Potter throughout the series Parks and Recreation (nearly all made by Gryffindor Leslie Knope), but my favorite has to be in season four, episode eight. This scene plays out exactly how many conversations go between diehard Potter fans and their less enthusiastic friends or significant others; we all wish we could magically force them to join the fandom. 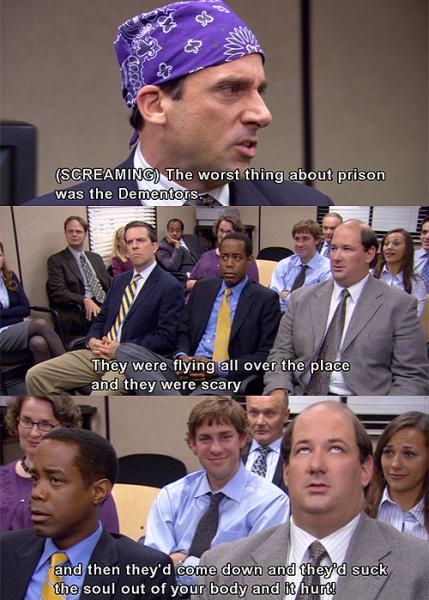 The Office is another NBC comedy that featured numerous allusions to Harry Potter. It can be tricky to make allusions feel organic, and sometimes writers miss the mark. In this scene and many others like it, Michael Scott’s character provides a stand-in for every awkward work meeting you’ve ever been in where management tried (and failed) to be relatable. 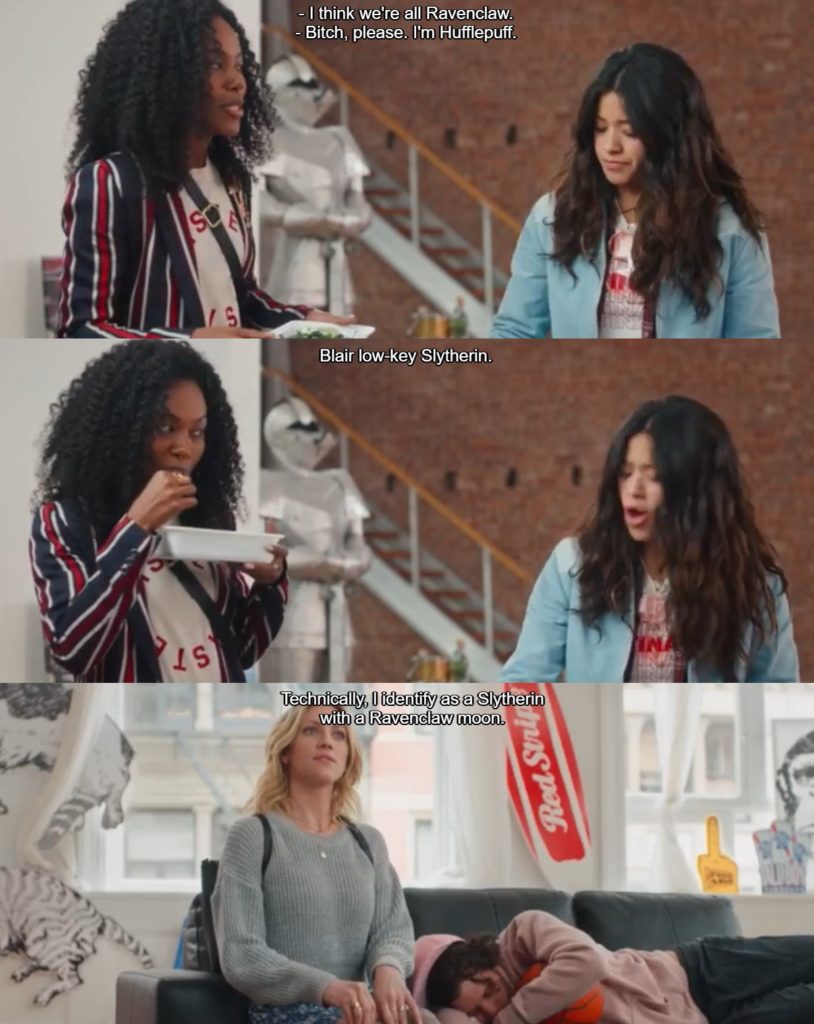 Someone Great is a hidden gem among movies released directly by Netflix. The discussion regarding Hogwarts Houses shown above is not only entirely accurate given what viewers are shown about the three friends over the course of the film, but it’s also empowering for those who feel a strong connection to two Hogwarts Houses. Also, as someone who checks her astrological chart on Co-Star daily, I appreciate the concept of a “Moon House.”

Orange Is the New Black

Another Netflix original, Orange Is the New Black, has featured a multitude of references to our beloved series, usually from the mouth of the librarian. Taystee refuses to allow the fourth book to be stepped on, and I say right on, Miss Jefferson — that book is underrated! This show made dark jokes about Cedric’s death long before it became a TikTok trend. 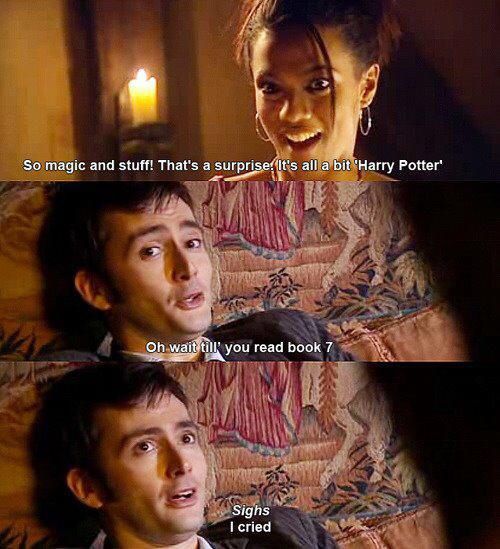 I’ve saved the best for last. This Harry Potter reference is super meta due to the fact that the Doctor in this episode was played by David Tennant, whom we also know as Barty Crouch, Jr. Does this mean that the Doctor was cast in the fourth film in this universe? Later in the episode, the villains are defeated in the style of the Boy Who Lived himself: “Expelliarmus!”

What’s your favorite pop culture reference to Harry Potter? Let us know which ones you would add to our list in the comments!