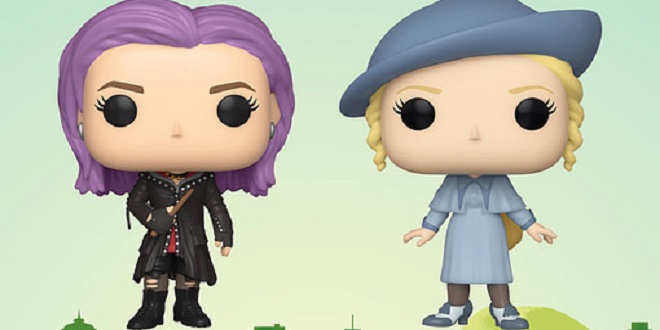 Funko is checking a pair of items off the wish lists of many Pop! collectors with its 2020 Emerald City Comic Con “Harry Potter” Pop! exclusives!

We’ve packed our Weasley sweaters and memorized every line of “Weasley Is Our King,” and it’s all for you, Rupert!

MuggleNet social media team leader Savannah covers the “Doctor Who” panel, featuring David Tennant and Billie Piper, and then we have a bunch of geeky moments with the ECCC 2018 Funko Pop! exclusives at the Funko booth!

Did you miss seeing Tom Felton and Matthew Lewis in the Pacific Northwest? MuggleNet has all the details from their appearances at Emerald City Comic Con and Wizard World Portland, including finding out all of the trouble they got into on the “Potter” set and favorite moments from filming.

With convention season upon us, there are a large number of nerdy events to attend.

MuggleNet was in attendance during a panel focused on James and Oliver Phelps at Emerald City Comic Con in Seattle last weekend. We learned a few things, including whom they would want to play if they could take part in “Fantastic Beasts and Where to Find Them”!